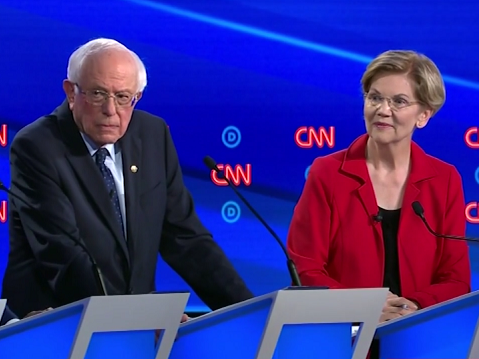 In the crowded field of Democratic candidates, presidential hopefuls have been battling to secure much-needed donations. Running for office is expensive, and in order to run an effective campaign, candidates must hire staff and buy advertisements to advance their message. However, with a field of over twenty candidates, donations are being spread across many campaigns, and some candidates have been spending faster than they can raise funds. In order to stay afloat, a few of the senators in the 2020 race have turned to their old Senate campaign accounts for bailouts.

Under FEC rules, presidential candidates are largely free to shift money from their past campaigns for federal office into their current presidential campaign accounts. This has been a major asset to candidates like Senators Gillibrand, Sanders, and Warren, who have each made large transfers from their old Senate accounts to their presidential campaigns. Entering an expensive race for the highest office in the nation is a daunting task; however, thanks to this FEC rule, some candidates can get a jump start and spread their message with money they had previously raised.

As the Institute for Free Speech has noted in the past, having access to an ample supply of money allows candidates to educate voters on their plans for the country. It also allows challengers to run more competitive campaigns against better-known incumbents. Research has shown that campaign spending creates a more engaged and better-educated electorate, allowing voters to select the representatives who they feel are truly the best fit for the job. Money cannot “buy” an election, so transfers from Senate to presidential campaign accounts generally improve races by giving candidates more resources to speak.

However, the freedom enjoyed by candidates who have leftover funds stands in stark contrast to the strict limits facing political newcomers and candidates with backgrounds in state politics. As federal officeholders are free to transfer millions from old accounts to their presidential campaigns, candidates who have no experience in federal elections must start from zero and build their support in contributions of no more than $2,800 per election.

Recently, The Wall Street Journal explained how this regulation is hurting former Colorado Governor John Hickenlooper. Already lagging in polls and fundraising, the governor explained how he feels disadvantaged because his campaign “didn’t start out with $5-$10 million in the bank.” Meanwhile, his competitors, Sen. Gillibrand and Sen. Warren, have been assisted by transfers of about $9.6 million and $10 million, respectively.

Democratic candidates have made fair elections a major talking point of the 2020 race, and virtually everyone supports equal opportunity in campaigns. However, the current campaign finance system is anything but fair for the local and state officials hoping to be elected to the White House next November. If the American people want fair elections, why have federal lawmakers imposed low limits on contributions, in effect creating a preventative barrier that state and local leaders must overcome to compete in the race?

Presidential candidates cannot transfer money from state accounts because each state has different laws regarding contributions. As IFS documented in our Free Speech Index, states like Kentucky have more restrictive laws than the federal government, allowing contributions of only $1,000 per election. Two of Kentucky’s neighbors, Indiana and Virginia, both allow unlimited contributions from individuals to state legislative and gubernatorial candidates. Other states allow corporations or unions to contribute directly to candidates, which is prohibited in federal races. And in Colorado, Gov. Hickenlooper’s home state, gubernatorial candidates are prohibited from receiving more than $625 per election from individuals, and the limit is $200 for state legislative candidates. So even in a world where candidates are free to transfer money from state accounts into their federal accounts, those from states with more generous contribution laws would still have an advantage over candidates from states with more restrictive limits.

The solution, then, is to shift away from restrictive contribution limits on both the state and federal level, towards greater freedom for candidates and their supporters. Then, the field will be level for all candidates. On both the state and federal level, political outsiders and grassroots candidates will have an easier time funding their campaigns. If we shift towards giving voters the freedom to donate as they like, longtime incumbent officeholders will no longer be so well-shielded from challengers moving up from the state level. At present, eleven states have no limits whatsoever on what individuals can donate to the state candidates of their choice. More states should follow this model.

Under the current system, federal officeholders are protected while state and grassroots candidates are left to fight an uphill battle. To ensure that elections are fair for everyone, contribution limits should be eliminated so that state and local candidates can better compete with their counterparts who already hold elected office at the federal level. 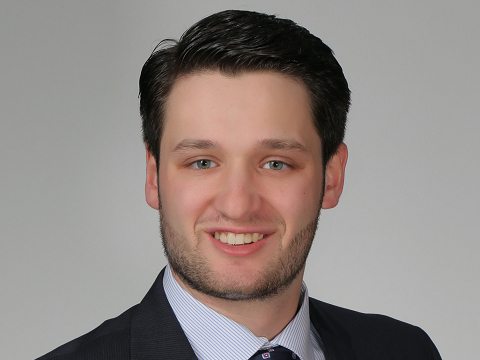 Last week, the Cato Institute hosted a book forum on The Republic of Virtue: How We Tried to Ban Corruption, Failed, and What We ...