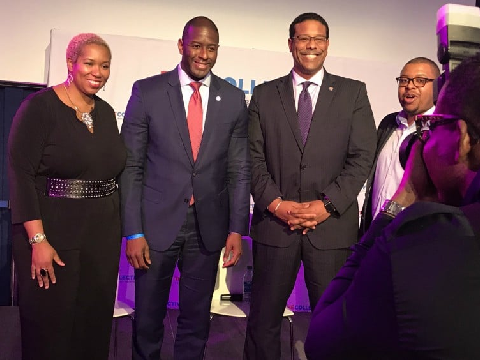 Super PACs are good for democracy.

This statement should not be controversial, but sadly, political realities have made it so. The term has been branded by some, particularly some Democrats, as a nefarious instrument of political corruption. It is easy to see why. “PAC” evokes the ugly world of political campaigns, and “super PAC” suggests all of that ugliness dialed up to 11.

Seeing a political opportunity, many Democrats have united their entire agenda behind the false idea that “big money” is corrupting our democracy. That unifying theme is embodied in the vilification of the term “super PAC.” If it weren’t for these evil super PACs, Democrats tell us, we could do away with the ugly attack ads and decide elections solely on the persuasiveness of a candidate’s rhetoric, the rightness of their ideas, and the strength of their character.

Never mind that political campaigns have always been and forever will be bare knuckle brawls. Thomas Jefferson’s presidential campaign accused John Adams of having “a hideous hermaphroditical character, which has neither the force and firmness of a man, nor the gentleness and sensibility of a woman.” Not to be out done, Adams’ camp referred to Jefferson as, “the son of a half-breed Indian squaw, sired by a Virginia mulatto father.” Not exactly a paragon of the democratic ideal.

Never mind also that almost exactly half of super PAC spending favors Democrats. And that spending by super PACs continues to be dwarfed by spending by candidates and political parties.

Democratic politicians have a story to tell, and “super PACs” are the villains.

Unfortunately for Americans who want to support Democrats, reality is catching up to the mythos.

Super PACs are, for those willing to get past the rhetoric, nothing more than groups of people pooling money to help support or oppose candidates. For well-established incumbent candidates with party connections and regular media appearances, super PAC support is a luxury, and super PAC opposition a real thorn in the side. But for candidates without these advantages, super PACs are a lifeline to competitiveness.

Quentin James and Stefanie Brown James, the founder and co-founder of The Collective PAC, started a super PAC to buoy candidates they liked, who were having trouble competing. They believed that the Democratic establishment didn’t sufficiently support African American candidates in primary elections. So, they created a super PAC to fill that gap and give minority candidates the same potential support that the party infrastructure already provided to incumbents. As Politico reported:

“While the entire progressive movement eventually coalesced behind the historic and inspiring gubernatorial candidacies of Stacey Abrams, Andrew Gillum, and Ben Jealous last year, the bandwagon was much emptier, and the cupboards much more bare during their primary campaigns,” James and Brown James of The Collective PAC wrote. “Just a handful of organizations, like ours, built support for the campaigns of those African American leaders and much of the support from that work came from Super PACs created by people of color.”

But The Collective PAC fears that their mission to support underserved candidates is being stymied by other Democrats and anti-speech activists’ continued demonization of super PACs.

“Whether intentional or not, the effect of what you are calling for is to shut down the one reliable source of revenue for engaging voters of color and for supporting candidates of color” they wrote in a letter to fellow Democrats, asking them to cool it on the rhetoric.

James and Brown James are right. In order to score some relatively meaningless political points against Republicans and the Supreme Court, Democrats are actually hurting their own candidates – particularly, candidates outside the usual circles of politics. If super PAC support means ostracism from the Party, fewer outside candidates will be able to be heard in elections.

And that means Democrats are hurting their own constituents. Primary voters will be deprived of the full range of perspectives and choices. Incumbent candidates and those born on the political equivalent of third base will continue to have enormous advantage.

So the next time you hear a candidate rail against the evil, big money super PACs that are perverting our democracy, look past the rhetoric. A group of Americans pooling their money to support candidates, many of whom are not the usual political players, is quintessentially democratic. And that’s what a super PAC is.

Campaign Finance Law Has No Answer for Trump’s Celebrity

While government has no role to play in dictating how media outlets cover elections, the unique advantages of celebrity candidates make a case for ...

What Vox Gets Wrong About Super PACs

Over at Vox, Ezra Klein suggests that journalists digging into the Clinton Foundation may have their priorities out of order. While acknowledging that “these ...