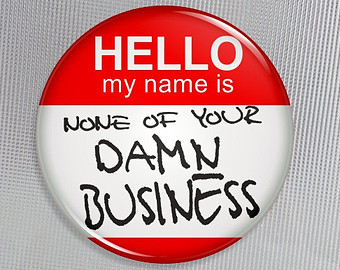 MapLight, an organization that advocates for tax-financed campaigns and stricter disclosure laws, published an analysis of presidential primary ads last week that inadvertently bolsters the case for donor privacy. Amusingly, the folks at MapLight appear to be unaware of this irony.

MapLight casts this finding in as negative a tone as possible, trumpeting that “‘dark money’ groups were more likely to pay for attack ads than other political organizations.” Another way to write this would be: Groups that are forced to report the names and home addresses of their supporters to the government become less likely to criticize politicians.

This is, of course, precisely the argument mounted by those in favor of donor privacy. Publicizing the personal information of supporters to groups that run ads in elections exposes those citizens to potential harassment from both activists and government officials. Fearing retaliation against their donors, groups naturally are more reluctant to criticize powerful politicians. That’s bad for democracy and bad for free speech.

Remarkably, instead of exploring disclosure’s apparent chilling effect on criticism of candidates, MapLight proceeds to call for even more disclosure: “Because ‘dark money’ organizations are not required by law to disclose their donors, viewers often have no idea who is paying for the ads they see. A 2015 New York Times/CBS News poll found that 75 percent of all Americans believe such organizations should disclose the names of their political donors.”

In retreating to flawed public opinion polls, MapLight skirts by the most striking takeaway in its own analysis:  Disclosure of donor information appears to have a profound effect not only on who speaks, but also on what they say. It’s been said that the deterrent effect of disclosure should not be underestimated; it should also not be ignored.

Lest we get carried away with MapLight’s parsing of the data, however, we should also step back to look at their data set. MapLight found just 4,000 airings of ads by nonprofits, compared to 33,000 by super PACs (which disclose their donors) and 100,000 by campaign committees (which also disclose). In other words, ads run by so-called “dark money” groups accounted for just 3 percent of all political ads aired in the presidential primaries in the 23 markets studied. With so few ads run by groups that keep their supporters private, conclusions about the content of these ads must be tempered – whether you prefer MapLight’s “dark money groups attack” interpretation or my “disclosure chills criticism of government” view.

But the paucity of ads run by nonprofits also shows, once again, that so-called “dark money” is a much, much smaller presence in politics than anti-speech activists and gullible media outlets would have us believe. Of course, those who maintain “dark money” is a major force in politics typically reply that overall percentages are misleading because ads run by these groups tend to pool into a small number of races where they have outsized impact.

This is half true: high-profile races do draw more ads, but these ads don’t seem to “buy” elections any more than other forms of spending (which is to say, not at all). For example, MapLight finds that many of the attack ads run by nonprofits aired in Florida and criticized Republican candidate Donald Trump:

Florida media markets were especially popular for negative ads sponsored by nonprofits. The American Future Fund, a conservative-leaning organization that once had ties to the billionaire libertarian brothers Charles and David Koch, paid for almost 1,400 airings of attack ads in the central Florida markets of Orlando-Daytona Beach-Melbourne and Tampa-St. Petersburg during the primary season. Most of the ads were aimed at derailing Trump’s candidacy and focused either on the alleged victims of his “Trump University” program or his affinity for profanity.

How did that work out? Trump won 66 of Florida’s 67 districts. The only one he lost was Miami-Dade, home of then-rival candidate and Florida Senator Marco Rubio. The Miami Herald noted, “Trump’s resounding Florida victory came despite being outspent 8-to-1 in advertising by Rubio allies and anti-Trump forces, which are running out of time to stop the celebrity real-estate mogul.”

What does this all amount to? Looking past MapLight’s misleading headline, we find that “dark money” ads made up just 3 percent of total ads aired in the major media markets studied, that most of these ads were ineffective in persuading voters, and that the one major distinction between these ads and ads from groups that itemize their donors is that these ads were more willing to openly criticize candidates.

The fact that MapLight published these findings without even acknowledging how well they fit the arguments of donor privacy advocates suggests these arguments are not well understood by our opponents. It’s tempting to blame them for not listening to us, but the problem is ours whether we like it or not.

If Americans fail to grasp the fundamental threat to free speech and association posed by overreaching disclosure laws, quarreling over interpretations of campaign finance data won’t get us far. The case for donor privacy must be articulated more clearly for First Amendment rights to ultimately prevail. Otherwise, half-baked analyses like MapLight’s will continue to congeal into mountains of “evidence” that reformers claim prove the need for more regulation, even as a closer look reveals it does the exact opposite.

Since Citizens United, the landscape of campaign finance law has often been described as a “wild west” where politicians, donors, and interest groups can ...