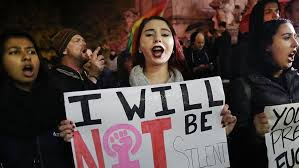 After the election of Donald Trump, those unhappy with the results began protesting across the country. The #NotMyPresident movement is almost certainly futile – the election has been fairly decided – but these protesters, like all Americans, have the right to peaceably assemble and speak out, regardless of the content of their message. This is their avenue for voicing displeasure, and we should welcome them to it.

Not surprisingly, some on the right (or at least some Trump supporters) are unhappy with the protests. That too is their right, and they are free to speak out against the protesters as they see fit. But one particular avenue of criticism has gained popularity, and it is shockingly hollow. These protesters, many are arguing, are nothing more than paid stooges of wealthy liberal billionaire George Soros. This tactic wrongly delegitimizes the protests.

First, the connection between paid protestors and George Soros is bunk. Yes, George Soros – a wealthy liberal – gives money to broadly liberal organizations, who in turn distribute that money to other liberal nonprofits with a narrower focus, some of whom use that money as a call to action to citizens who agree with their positions – in this case that Trump should not be president. Some of these organizations may even hire professionals to help organize these protests (though even the evidence for this is lacking). But there are many other voices between George Soros and the protestors – and each of them has volition, makes their own decisions, and offers their own view of the right course of action. In fact, it is shockingly myopic to explain away the full world of liberal thought and liberal nonprofits as the fiefdom of just one man. It may come as a shock to conservatives, but George Soros doesn’t send out a daily briefing call to local activists in New York.

The demarcation of different groups is exactly because an organization can speak only for itself –  not for other groups, nor for their funders. We implicitly understand this with all organizations except for those of our political enemies. Gannett, for instance, owns hundreds of newspapers. No one could reasonably suggest that the editorial pages of The Indianapolis Star and the Arizona Republic are secretly controlled by Gannett CEO Bob Dickey (whom, if you’re at all like me, you’ve never heard of before). Yet, we are willing to ascribe nefarious motives to groups who disagree with us politically, based on far weaker connections.

More to the point, what if George Soros was directly paying protestors? Does that make their protest less meaningful? Protesting, like all forms of political speech costs money. Travel to the protest site costs money, signs cost money, time spent protesting is time not working – that loss of time costs money. That a person who agrees with your political message wants to subsidize that activity is a good thing. The subsidizing of diverse political voices makes public debate possible. We should not disregard political activity because it received funding from a wealthy individual – all political activity receives funding.

Ironically, this delegitimizing based on the source of funding is the same argument normally deployed by the left against the efforts of those who spend money for political advocacy on the right. How many times have we heard that some super PAC or nonprofit is little more than a shell organization run by Sheldon Adelson, Robert Mercer, or the Koch Brothers? But just as George Soros, Tom Steyer, and Mike Bloomberg establish liberal nonprofits and give to liberal causes they agree with, so too do those on the right.

It is also true that both those on the left and right have bad actors. There are left-wing protestors intent on deliberate violence. There are right-wing organizers who break the law as well. But the worst elements of a political movement should not exclusively define it. It is reasonable to say, “rioters should be arrested, and protesters should be encouraged.”

I can hear both my left-leaning friends and my right-leaning friends yelling at me now, “Those people working for (Soros/the Kochs) don’t care what is good for the country, they are just trying to (create chaos/corrupt the system) in order to get their way when the will of the people is clearly against them.”

To that, I’d respond:  Have a little more faith in the motives of your political opponents – they’re likely not as bad as you think.

On Monday, the Cato Institute held a day-long symposium entitled “The Supreme Court: Past and Prologue – A Look at the October 2016 and ...

One of the big problems with campaign finance reform is deciding what speech should be regulated. As Oliver Wendell Holmes famously wrote, “Every idea is ...