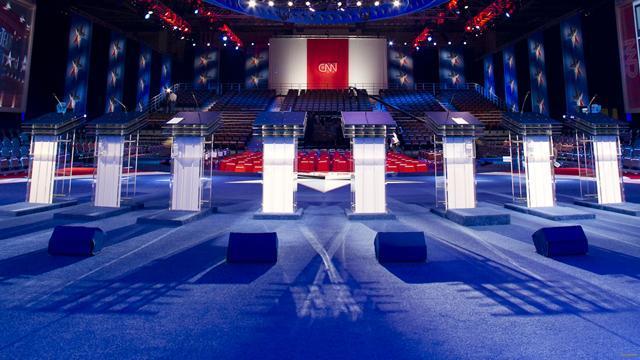 For the 2020 election, the Democratic National Committee (DNC) has decided to try out a new requirement for its presidential primary contenders to qualify for the debates. In addition to a polling threshold, candidates may also qualify by receiving donations from a specified number of donors. For the first two debates, candidates must either meet the polling requirement or have 65,000 donors. If too many qualify, the party will prioritize candidates that meet both metrics and then whittle down candidates according to polling averages. However, for the third debate, candidates must collect donations from at least 130,000 donors while also registering strong showings in approved polls.

DNC Chairman Tom Perez said the donor threshold would give “small-dollar donors a bigger voice in the primary than ever before.”

However, several candidates have complained that the donor requirements are creating perverse incentives that may not be in the best interest of Democratic voters.

“When you have people competing for donations by creating viral moments that have nothing to do with governing our country or ideas that will move us forward, I think that’s challenging for our democracy,” said one candidate.

Because of the donor threshold, less-established campaigns are being forced to spend an inordinate amount of funds on social media ads begging for $1 donations instead of communicating with voters on the ground.

Betsy Hoover, a Democratic strategist and former Digital Organizing Director for the 2012 Obama campaign, told The New York Times that the mandatory focus on collecting small donations has led to a situation for candidates that she “wouldn’t say is ideal for democracy.”

“For second- or third-tier candidates, they have to choose: They can either spend their money achieving these metrics, or invest in programs on the ground in Iowa, New Hampshire and South Carolina,” Hoover explained.

Democratic digital strategist Ryan Alexander suggested that Senate and House candidates would be drowned out by the aggressive fundraising appeals coming from primary candidates desperate to reach new donors.

Of course, a political party is, and should be, free to make its own internal rules. However, efforts to force candidates to appeal to small-dollar donors often take the form of public policy. As one example, taxpayer-funded schemes meant to incentivize candidates to prioritize small-dollar donors have become popular among those who want to “get big money out of politics,” whatever that may mean.

As the scrambling to meet the DNC debate rules illustrates, noble intentions are often frustrated by unintended consequences. What sounds simple on paper – give candidates greater incentive to focus on small donors – can be quite complicated in practice.

From “democracy dollars” to “matching funds,” programs that grant the government a central role in the allocation of tax dollars to political campaigns have been plagued by a host of negative externalities. And many of these outcomes are in direct contradiction of the stated goals of such schemes.

For example, proponents of tax-financed campaigns often claim these programs will aid political newcomers and outsiders who may not have connections to support networks. In reality, well-connected politicians and incumbents tend to gain the most from tax-financing programs, while political novices end up wasting valuable resources trying to meet qualification thresholds.

And far from removing money from the political process, many tax-financing programs actually increase the cost of campaigning (especially for taxpayers) and the amount that campaigns spend.

The online ad spending spree in search of small donors has increased the price of ads on social media. Two campaigns told the Times they are spending more than $40 to acquire each new $1 donor online. And one candidate recently spent more than $200,000 on Facebook ads in one week chasing the 65,000 donor threshold.

The striking similarities between the unintended consequences of the DNC donor threshold and the problems associated with taxpayer-financed campaign programs should give pause to those who believe tinkering with fundraising incentives will easily improve the political process, especially when taxpayers’ money is the incentive. When it comes to campaign fundraising, bureaucratic decision-making and government programs intended to steer the process in a particular direction should not be part of the equation.

Candidates today have more ways to connect with supporters than ever before. Let’s let candidates raise the funds necessary to make their case to voters in ways best suited for their unique campaigns. Voters will decide the rest.