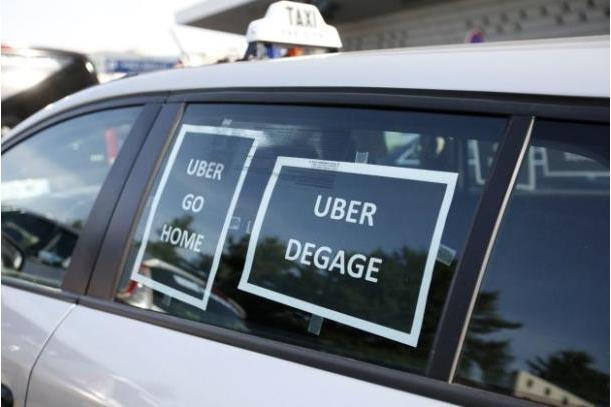 Public Citizen has published a new report detailing how Uber Technologies, the company behind the popular ride-sharing app Uber, advocates for regulatory policies that allow it to operate in cities alongside traditional taxi companies. When faced with regulations that threaten Uber, the company organizes petition drives, pays for television advertising, and employs lobbyists to make its case directly to city officials. In other words, like every other business, Uber seeks to persuade public officials and the public that its service is valuable and that the law should accommodate it.

Public Citizen has a darker take on the matter, however. Its report, “Disrupting Democracy: How Uber Deploys Corporate Power to Overwhelm and Undermine Local Government,” portrays these standard advocacy practices as nefarious machinations of corporate power. Making this all the more bizarre is that Public Citizen does basically everything Uber does in terms of political engagement.

“This giant and powerful corporation portrays itself as the scrappy rival to entrenched interests, but it is in fact able to deploy far greater political power than its public interest and commercial rivals,” writes Rick Claypool, author of the report and Research Director for Public Citizen’s President’s office. Anyone who has watched Public Citizen and its scores of well-funded allies push for more stringent donor disclosure laws in recent years – with few groups organized against them – can get a chuckle out of that statement.

Claypool criticizes Uber for gathering signatures from its customers as a show of support for the company, arguing that these petitions to “Save Uber” are merely an attempt to “legitimize” the company’s use of “high-powered lobbyists.” I guess it takes one to know one: Public Citizen circulates as many petitions as anyone to show public support for the bills and regulations their paid lobbyist (gasp!) works on. Go to www.citizen.org, click on the “Get Involved” tab, and you’ll see no fewer than 22 calls for petition signatures (as of right now, at least). Here’s a sampling:

More important than calling out Public Citizen’s hypocrisy, though, is calling out the shallow, powerless view of democracy that underlies its report. In condemning efforts to persuade voters, harness public opinion, and win over policymakers, Public Citizen leaves virtually no room for anyone to attempt to influence policy outside of casting a vote on Election Day. Yet, democracy is not about citizens emerging from the darkness once every few years to vote for a representative and then receding back into ignorance and neglect. Democracy is a constant process of citizens urging the government to act (or not act) and urging fellow citizens to adopt our views. Campaign and issue advertising, petition drives, and even lobbying are not threats to democracy. They are manifestations of democracy.

Public Citizen looks at Uber’s practices and sees democracy undermined. We at CCP see democracy in action. That Uber pursues policy change by seeking to persuade the public is a sign that citizens, not corporations, have the real power.

The American Broadcasting Company (ABC) is a for-profit commercial enterprise owned by The Walt Disney Company, the second-largest media corporation in the world in ...

Senators Jeff Merkley and Tom Udall describe H.R. 1, the so-called “For the People Act,” as “legislation to put power back in the hands ...