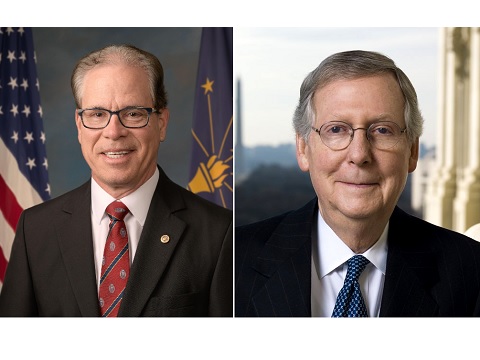 Just last month, the news outlet ProPublica unwittingly demonstrated the serious risk of leaks at the IRS when it published a story based on a “vast cache” of confidential information about individual American taxpayers.

It may be tempting to shrug off leaked or hacked IRS information when it happens to people with more wealth than most Americans can imagine. But breaches of privacy can just as easily hurt anyone – regardless of their means – as well as their loved ones and the social causes they care about. This is especially true when the IRS collects and warehouses the membership information of civically engaged nonprofits and advocacy groups.

As Americans, we all have the right to privately support causes we believe in. The fear of harassment and intimidation for expressing your view about a political or social issue is very real. Threats of being “doxed” in a culture that seems to increasingly value “name and shame” tactics is bad enough. The last thing we need is for the IRS to build entire databases of private information it doesn’t need, to one day be illicitly accessed and weaponized for political gain.

What’s worse, ProPublica admits the information may have come from a hostile state actor. Donor reporting and disclosure are often promoted as a means of preventing foreign interference in U.S. politics, but if hostile state actors can access the donor lists of social causes, it puts Americans at further risk and opens the door to the exact illicit foreign influence that many are trying to prevent. And at what cost? Merely Americans’ cherished freedoms of association and privacy.

As Americans for Prosperity Foundation CEO Emily Seidel recently wrote about the importance of donor privacy, “Who would have to fear the most? Take your pick. Historically, the opponents of Jim Crow laws or the supporters of marriage equality would have been easy targets. Today, it could be advocates for racial justice, criminal justice reform or government accountability, to name a few.”

Fortunately, last year, the Treasury Department enacted a commonsense reform relieving most nonprofits of a requirement to report the names and addresses of their major supporters. First Amendment defenders and privacy advocates applauded the change. Acknowledging such reporting “poses a risk of inadvertent disclosure” and admitting that the IRS did “not need” the information “to administer the internal revenue laws,” the Treasury Department said it changed the rule “in light of the risks and burden” of warehousing such sensitive information about the causes Americans support. Wouldn’t it have been nice if everyone came together to celebrate the victory?

Instead, Democrats in Congress slipped a provision to repeal this important IRS privacy reform into their heavy-handed, speech-squashing legislation known as H.R. 1 in the House. Although this provision is missing from H.R. 1’s Senate counterpart, S. 1, some Senate Democrats are pressuring Treasury Secretary Janet Yellen and IRS Commissioner Charles Rettig to reverse the IRS’s recent reform.

In response, 48 Republican Senators have cosponsored a crucial bill limiting the ability of the IRS to expose nonprofit donors to harassment. The “Don’t Weaponize the IRS Act” (S. 1777), introduced by Indiana Senator Mike Braun and Republican Leader Mitch McConnell, would protect Americans from having their personal information reported to the agency for no reason. The legislation ensures that certain tax-exempt groups are no longer required to provide the names and addresses of their significant supporters on annual forms filed with the IRS.

In light of the recent IRS leak, the importance of this bill is even clearer now than it was at its May introduction. The Braun-McConnell bill would neutralize the threat of privacy violations and safeguard every American’s right to support social causes. Let’s hope Congress comes together to protect Americans’ freedom of association.