Recent Political Documentaries Have a Knee-Jerk Skepticism of Free Speech 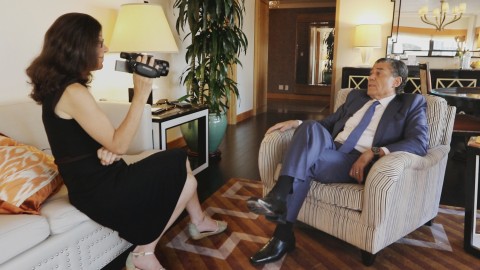 I recently watched the new Netflix documentary Get Me Roger Stone, about the eponymous Republican political insider. The film traces Stone’s career from its beginnings with Richard Nixon and the Watergate scandal, to his current ties with President Trump. Overall, it was a fascinating film about an eccentric and notorious political insider, but one thing that stood out was its treatment of campaign finance and political speech issues.

At several points, the movie ties Stone to the most hated “money in politics” trends of today: negative advertising, campaign professionals-turned-lobbyists, and independent groups advocating the election or defeat of candidates. It portrayed Stone as an early pioneer in these areas (he was a co-founder of the National Conservative Political Action Committee and the lobbying firm Black, Manafort, and Stone in the 1970s and ‘80s), who innovated ways to impact policy outside of formal campaigning and governing structures. In the documentary’s telling, these strategies amounted to circumvention of campaign finance regulations that made our politics more cynical for his own financial gain. Stone did not do much to dispute the movie’s account, besides insisting that none of his actions were illegal or immoral. At many points, Stone seemed to revel in his grandiose reputation as a “dark legend” in politics.

Some of the documentary’s blaming and shaming is bound to be exaggeration; a common thread of the film is that Stone inflates his own participation in historic political events, embracing his own infamy. After all, the things Stone is blamed for – the rise of PACs, negative advertising, lobbying – all came about long before his career began. Nor are these aspects of politics necessarily unsavory, despite their reputation and the fact that the filmmakers try to taint them by association with the unscrupulous Stone. By and large, political advocacy and lobbying are simply outlets for individuals to organize and advocate for policies they believe in – whether that means supporting, petitioning, or even attacking certain politicians along the way.

The treatment of campaign finance in this film reminded me of another documentary, 2016’s Meet the Donors: Does Money Talk?, which focused exclusively on campaign finance issues. It stars director Alexandra Pelosi, the daughter of House Minority Leader Nancy Pelosi. Pelosi interviewed multiple large donors about their motives for supporting certain candidates. She argues that contributors get unfair access to lawmakers that they use to directly elevate their own interests. (This is somewhat ironic, given that her own status as the daughter of a Democratic Party leader no doubt gives her political access that does not stem from money.)

Eventually, Pelosi concludes that, despite money seeming like an unsavory outlet for political expression, the donors she interviews have honorable and transparent motives. It should be no surprise that citizens overwhelmingly support politicians who they think will leave the whole country better off. But Pelosi draws an unfavorable contrast between certain donors she interviews and “dark money” figures like the Koch brothers. In doing so, she completely misinterprets the influence of so-called “dark money” groups by claiming they are at once completely unknown and immensely powerful. For example, Koch-affiliated advocacy groups like Freedom Partners have been the subject of extensive media coverage, but their share of total political spending is tiny, and, in the 2016 election cycle especially, total political spending overall ended up falling short of initial expectations.

It was striking how both films, despite their differing levels of emphasis, each made the same assumptions and adopted the same tone when dealing with campaign finance issues. To the filmmakers, political donations are about buying influence, not an expression of genuine support for a candidate or set of political ideals; “dark money groups” are shady purveyors of disinformation, rather than easily-identifiable groups that wish to advance the ideas of like-minded supporters while shielding those individuals from harassment; “money in politics” represents the worst of us, rather than serving as the engine for mass political discourse; and those pushing for more regulation of political speech are the only ones with unimpeachable motives.

Of course, the reality is different. Systemic corruption from political spending has never been proven.

You wouldn’t know this by watching pop-political documentaries though. The narrative in these films is the same one that constantly circulates in mainstream media outlets. Given that filmmakers, like journalists, lean overwhelmingly to the left, it is unsurprising that they continually repeat the same conventional wisdom, either unintentionally or for the sake of advancing their ideals. Against this backdrop, is it any surprise that the general public is not only uninformed about “money in politics,” but also lopsidedly hostile to it (even if it doesn’t rank as a top issue among Americans)?

There is nothing wrong with filmmakers discussing policy issues as they see them, even if they are less than objective. The problem is the double standard. Recall that the Citizens United Supreme Court case was focused on a film critical of Hillary Clinton during her 2008 campaign. Because the film was made available during an election period, the Bipartisan Campaign Reform Act gave the government the power to effectively censor it. The same filmmakers who believe Citizens United should be overturned, and that government needs more regulatory power in the campaign finance arena, are the ones most benefiting from that decision.

There is no meaningful difference between spending money to make a political ad and spending money to make a political movie. If filmmakers won’t address that hypocrisy, they deserve criticism. Popular culture is an important battlefield in the war of public opinion, and these days it cannot be neatly separated from politics. Rather than thoughtlessly accepting the premise that all political spending is corrupt, filmmakers and audiences should reject restrictions on the First Amendment. Especially for the arts and media, attacking free speech is a self-defeating proposition.

Rick Hasen thinks that Judge Gorsuch “misstates” the holding of Citizens United v. FEC in his Senate testimony, when he states: I think there is ample ...

In response to Donald Trump’s victory over Hillary Clinton on Election Day, environmental activist and Democratic donor Tom Steyer has promised to continue to ...