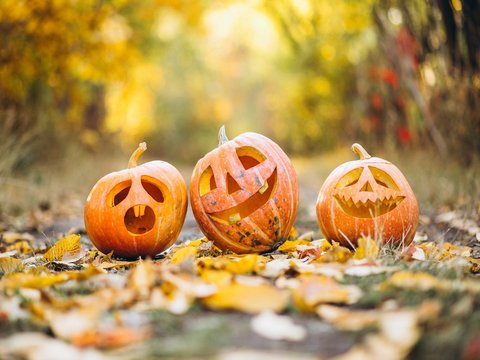 This year’s Virginia gubernatorial race is already reportedly the most expensive in state history. Frontrunners Terry McAuliffe and Glenn Youngkin have raised a combined $115 million, an amount unfathomable to most. Spooky? Meh. We’re spending $10.14 billion to celebrate Halloween, and there are a thousand millions in a billion.

Money-in-politics hand-wringing might make for good headlines, but it rarely makes for good stories. Instead, it usually just generates alarm where there shouldn’t be any. It also fails to provide a frame of reference, like the far greater amounts we spend on frivolous items like jack-o’-lanterns and cat ears.

Spending more on holidays than on campaign speech is par for the course. Yet the media passes no judgement when we splurge on Spiderman costumes and haunted houses but stokes fear when reporting that fractions of those amounts fund political messages.

It’s crucial to remember, though, that money can’t buy elections, and running for office isn’t a get-rich-quick scheme. Supporters of a candidate for public office contribute voluntarily, and the candidate uses those resources to distribute their message. Yard signs, campaign literature, door-knocking, travel, staff, and everything else it takes to run a successful campaign all cost money. Voters can, and do, reject candidates whose messages fail to resonate, regardless of how much they spend. Is it really such a bad thing that we dedicate these sums to engaging voters in the democratic process?

Maybe it isn’t all that meaningful to describe a race as “expensive” or to remark at its “cost,” as if informing and motivating millions of voters should (or can) happen for free. More suitably, I’d say the Virginia gubernatorial race has generated $115 million worth of public engagement, and that’s a good thing.

Yes, Virginia’s gubernatorial race is more expensive than ever. But increased civic participation is something to celebrate, and we have much spookier spending habits than engaging in political speech.