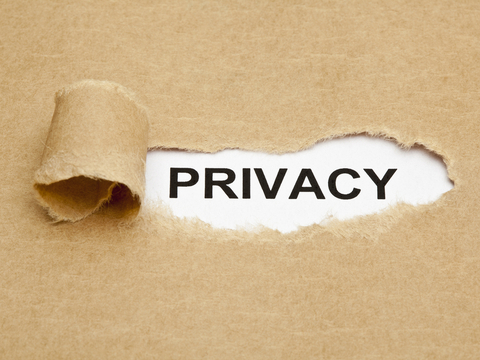 Supporters of H.R. 1, called S. 1 in the Senate, have consistently told the American people that the bill does not restrict speech. Yet the chief proponent of the bill’s nonprofit donor exposure provisions in Congress, Senator Sheldon Whitehouse, predicts (beginning at 10:10) that two-thirds of spending on communications affected by those provisions “goes away” if the bill becomes law. After the bill narrowly passed the House with bipartisan opposition, Speaker Nancy Pelosi celebrated that she and her allies have a better chance of passing their pet policies if certain speakers are “not weighing in,” in a direct reference to the silencing effect of the bill’s disclosure provisions. Put another way, less speech will enter the public square as a direct result of H.R. 1, and those supporting the bill know it.

According to the bill’s backers in Congress, the suggestion that H.R. 1 would violate First Amendment rights is a “myth” because “disclosure requirements only apply to groups that spend $10,000 or more on campaign disbursements” and because the federal government will only collect and publicly expose the names and addresses of Americans giving $10,000 or more to such groups. First, characterizing the broad categories of speech that would trigger donor disclosure under the bill as “campaign disbursements” or “election spending” is incredibly misleading. Speech about legislation would trigger the requirements if federal regulators decide the communication could be perceived as promoting or criticizing an elected official. Speech about unelected judicial nominees would also trigger the requirements. Second, a $10,000 threshold by no means negates any First Amendment harms.

If a bill that would suppress news reporting “only” applied to media outlets that spend $10,000 or more, would H.R. 1’s supporters say there’s no First Amendment problem? Of course not. Not only would the law violate the rights of those media organizations but also the right of every American to hear what those voices have to say.

Any government action that chills speech and association, as Speaker Pelosi and Senator Whitehouse expect H.R. 1 to do, harms every American’s right to engage with, whether actively or passively, a robust civil society unencumbered by those in power. While most Americans will never give $10,000 to an advocacy organization, enacting a law that will undoubtedly result in fewer contributions of this size still limits speech and harms groups’ ability to engage effectively. Every member and supporter of a civic organization is better represented when the group has more resources to speak out. Even grassroots groups primarily funded through small contributions typically have some supporters who are able to give larger amounts. These supporters enhance the group’s ability to pursue the mission that all its members care about.

The disclosure threshold will likely have significant downstream chilling effects as well. Even if only individuals that give $10,000 or more to a group have their name and home address reported, Americans giving less may not understand the threshold and assume their privacy would also be at risk for donating under the threshold amount. This mistaken assumption is likely to decrease or eliminate their willingness to donate to the group, resulting in less speech – precisely the goal of this mandate’s boosters. Further, if supporters who are outed by law are the subject of invasive reporting and actual instances of threats, intimidation, and online harassment from opponents of the group’s positions, others who support the group or may want to will be increasingly unlikely to give out of fear that they too would be harassed or doxed in the future. In that sense, the $10,000 threshold isn’t much of a threshold at all.

And, as we’ve seen in other contexts, there’s no guarantee the $10,000 threshold remains at that level over time, if H.R. 1 were to become law. If nonprofit supporters modify their behavior in an effort to protect their privacy and refuse to give a group over $9,999, it’s likely we’ll soon see calls from lawmakers and anti-privacy activists to lower the threshold significantly in a vicious, never-ending cycle to eliminate privacy protections for supporting issue speech altogether.

Even judged by its own terms, the threshold fails to limit the harmful effects of regulation to large groups. Do defenders of nonprofit exposure measures truly believe every group that spends $10,000 on issue advocacy over a two-year period is a big money, corporate-funded powerhouse? In a recent one week period, 184 different advertisers spent over $10,000 on Facebook ads the social media platform deems to be “about social issues, elections or politics.” Most of these ads are about legislation or issues and have nothing to do with campaigns. But under H.R. 1, many would be deemed “campaign-related disbursements” simply because they mention lawmakers. These are the ads on one website in one week. Over the course of two years, myriad advocacy groups, including grassroots organizations, will spend more than $10,000 combined on issue speech that would force the exposure of their supporters’ names and addresses in a world where H.R. 1 is law.

Under H.R. 1, groups that respect the privacy of their supporters would be forced to either avoid spending $10,000 on speech that triggers donor exposure or stop accepting donations over $9,999. If a group plans to spend $10,000 on regulated speech, supporters who prefer to maintain their privacy would be forced to give less than $10,000. And, depending on how the mandate is enforced, if a group has already accepted donations of $10,000 or more from donors who expect privacy, the group will be forced to either avoid the spending threshold or breach the trust of those donors.

As the ACLU has pointed out, “Even with the $10,000 trigger, many donors to issue advocacy organizations may be surprised to find themselves held responsible for communications they may not know about, or, potentially, even support. It is unfair to hold donors responsible for every communication in which an organization engages.” This is particularly true for groups that engage on a multitude of issues. Every donor may not be in complete agreement with the organization on every issue, or, even more likely, every particular communication. The problem is exacerbated by H.R. 1’s requirement that regulated communications include a lengthy disclaimer listing the group’s top five donors on the face of the ad itself.

Furthermore, H.R. 1’s vague and incredibly broad definition of “campaign-related disbursements” – and the cost of hiring expensive attorneys to decipher the regulations – will cause many groups to steer clear of speech that may trigger onerous requirements or even investigations and fines. These groups are likely to self-censor even more broadly than the law requires, since they won’t know precisely where the line is. This chilling effect would apply even to groups that may be willing to publicly report the names and address of supporters giving $10,000 or more.

The end result of this poorly conceived policy will be less speech about government and, therefore, less accountability for those in power. Including a threshold that excludes the average nonprofit supporter doesn’t change that outcome. Most Americans will never be wealthy enough to own a media outlet. Most Americans will never be a journalist covering Congress. And most Americans will never be one of the many anonymous sources on which those journalists often rely. But if Congress proposed a bill forcing press entities to name every source and also predicted that two thirds of reporting that previously would have cited anonymous sources would disappear, would you believe them when they told you the bill doesn’t affect First Amendment rights?

Whether a law targets the media or advocacy groups, democracy suffers when less speech enters the public square. According to its lead sponsors in Congress, the so-called “For the People Act” would have precisely that effect.

How Valuable is Disclosure?

How Valuable is Disclosure of Campaign Finance Contributions?  The Senate is coming under attack for refusing to pass legislation requiring that Senators campaigns file ...