What would happen if the media talked about itself the way it talks about “dark money” groups? 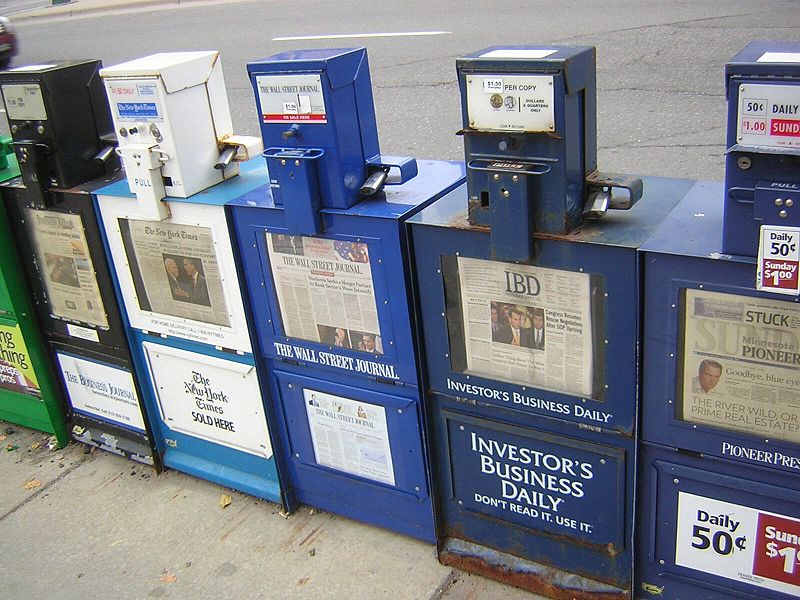 A shadowy organization based in Washington, D.C., recently spent an undisclosed sum attempting to swing elections in far-off places such as South Dakota and California. Due to a loophole in campaign finance law, this spending does not have to be reported to the Federal Election Commission. That means the public will never know who is funding these efforts to secretly influence elections from out of state, despite the fact that the secretive group funneled their expenditure through an LLC – also known as a for-profit corporation.

Searching for the original source of these funds sends researchers down a rabbit hole of vague, generic-sounding organizations. Organized anonymously under the moniker “Editorial Board,” the mysterious group uses the for-profit The Washington Post as a front for its true intentions: secretive political activism without restriction. But it doesn’t stop there. The Washington Post is owned by little-known Nash Holdings LLC, which purchased the paper in 2013 for nearly a quarter of a billion dollars. Nash Holdings is itself owned by one of the three richest men in the world, Amazon.com founder and chairman Jeff Bezos.

Operating somewhere deep within this network of wealth and influence is Editorial Board. And on October 29, hiding behind a veil of secrecy, the Board urged voters in California, Missouri, South Dakota, and Washington to support ballot initiatives imposing new restrictions on political speech. They even set their sights on a local election in Howard County, Maryland, urging support for a proposal to institute tax-financed campaigns in the county.

Voters have no way of knowing who is behind these messages, and thus no way of evaluating whether the Board’s message is sincere. Experts have termed this undisclosed spending “dark money” and say it poses a threat to transparency. Without disclosure, it’s impossible for regulators, watchdogs, and citizens to discover even the most basic facts about Editorial Board’s operation, including whether it receives funding from foreign entities – which are forbidden from spending in U.S. elections. In fact, our investigations reveal that since the corporate money backing Editorial Board is publicly traded, that company could at this very moment be owned by foreigners.

However bad the status quo may seem, corrective action is unlikely. Gridlock in Washington has created a veritable wild west for campaign finance, and groups like Editorial Board are taking advantage. Some FEC officials say publicly that enforcement is lax, but Republicans in Congress oppose efforts to expand campaign finance regulations, and the Supreme Court has been hostile to limits on political spending as an infringement on First Amendment rights. Until something changes on Capitol Hill or in the courts, groups like The Washington Post Editorial Board will be free to speak without limit about any election they choose.

Senators Jeff Merkley and Tom Udall describe H.R. 1, the so-called “For the People Act,” as “legislation to put power back in the hands ...

In the Dark about “Dark Money”