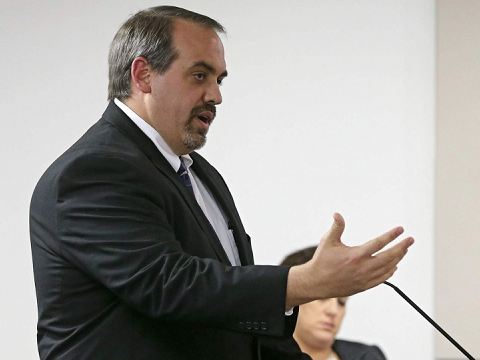 WyGO made multiple communications to its members and the public about the policy views of candidates for the 2020 election but did not directly support the election or defeat of any candidate. Nevertheless, the Wyoming Secretary of State’s Office investigated WyGO’s political speech after receiving a complaint from a frequent opponent of the group’s policy views. Deputy Secretary of State Karen Wheeler ultimately assessed a $500 fine against WyGO after determining that one of its radio ads “can only be reasonably interpreted as an appeal to vote” for the candidate whose views it praised and against the candidate it criticized.

Speakers in Wyoming, however, cannot predict when state officials will determine that their criticism or praise of a candidate’s views has crossed the line into advocacy for their election or defeat, the lawsuit explains. Wyoming’s laws fail to clearly advise speakers of what messages are regulated or what information must be reported by the speaker. The Secretary of State’s Office has not created regulations clarifying the scope of the law, and the state provides no mechanism for groups to request guidance on how the law applies to their speech.

“We want to speak to our members and the public about what the candidates’ positions mean for their Second Amendment rights. The state has left us completely in the dark about how to do that without running afoul of the law,” said Aaron Dorr, Director of the Wyoming Gun Owners.

Making matters worse, Wyoming allows private individuals to file complaints alleging that someone else’s speech violates the law. This system turns the law into a weapon to silence political opponents. Even if a speaker ultimately prevails against a state investigation, they will have been forced to spend precious time and resources defending their rights instead of fulfilling their mission.

If the First Amendment means anything, it means that government cannot punish Americans for speaking about politics and public policy. Wyoming’s speech laws exceed the state’s constitutional authority and create a cloud of uncertainty for any speaker who wishes to communicate with the public about a candidate’s views. If the court does not vindicate WyGO’s right to speak about candidate policy positions free from state regulation, the group will be forced to cut back its speech and Wyomingites will be deprived of its views, especially during campaign season, when such speech matters the most.