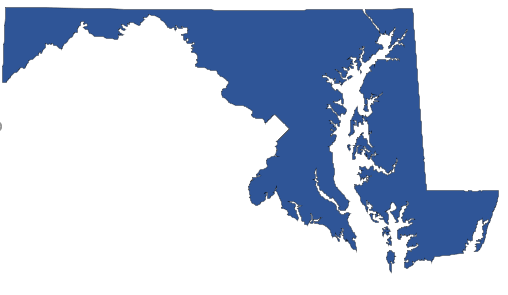 The Institute for Free Speech[2] provides the following analysis of H.B. 981,[3] which currently awaits a concurrence vote in the House of Delegates. Despite its Orwellian title, H.B. 981 is not primarily aimed at regulating “electioneering.” Rather, the bill would broadly regulate and even criminalize online speech that discusses virtually any matter of public concern. Moreover, the bill would additionally burden and therefore deter online speech that urges citizens to contact their state elected officials about pending legislation, or that provides nonpartisan information to voters about hard-to-understand ballot questions. In so doing, H.B. 981 would make Maryland state government less transparent and state elected officials less accountable. For these reasons, the bill is also likely unconstitutional.

A) H.B. 981 Would Broadly Regulate Internet Speech on Any Matter of Public Concern.

H.B. 981 would impose exceedingly broad and burdensome reporting, recordkeeping, and disclaimer requirements for online ads of even a modest distribution that pertain to virtually any matter other than a commercial transaction. Moreover, the bill would compel the sponsors of such ads to declare that their ads either “support or oppose” a candidate or ballot question, even when the ads do neither and do not even discuss or allude to any candidate or ballot question.

The bill also would invite bureaucrats at the State Board of Elections to rummage through these records and scrutinize the speech of civic-minded individuals and groups. These heavy-handed regulations would deter, chill, and burden core First Amendment speech regarding matters of public concern, and are likely unconstitutional.

any electronic communication that:

(1) is campaign material;
(2) is placed or promoted for a fee on an online platform;
(3) is disseminated to 500 or more individuals; and
(4) does not propose a commercial transaction.[4]

“Campaign material” is defined, in relevant part, as “any material that . . . relates to a candidate, a prospective candidate or the approval or rejection of a [ballot] question or prospective [ballot] question.”[5] In a circular manner, H.B. 981 also expands the definition of “campaign material” to include a “qualifying paid digital communication.”[6]

An “online platform” is defined as “any public-facing website, web application, or digital application, including a social network, ad network, or search engine, that: (1) has 100,000 or more unique monthly United States visitors or users for a majority of months during the immediately preceding 12 months; and (2) receives payment for qualifying paid digital communications.”[7]

Any sponsor of a “qualifying paid digital communication” that is not a political committee (a.k.a. PAC) is required to report the following information:

This information is required to be provided to the online platform.[9] If the online platform does not have a specific method for accepting and maintaining such information, the platform is deemed to be “not in compliance” with the Maryland law, and the information is required to be provided to the State Board of Elections.[10] The required information must be publicly accessible and searchable within 48 hours after a “qualifying paid digital communication” is purchased, and must be maintained for at least a year after the general election “to which the [communication] relate[s].”[11]

In addition, the following information is required to be maintained by the online platform and made available in a searchable format to the State Board of Elections, but is not required to be made publicly available:

These reporting, recordkeeping, and disclaimer requirements would apply to a sweepingly large and indeterminate universe of speech, and would exclude only commercial advertising. This is because the bill relies on a deeply flawed definition of “campaign material” that purports to regulate any speech that “relates to” a candidate, prospective candidate, ballot question, or prospective ballot question.[15] While this term under existing Maryland statute is likely unconstitutionally vague and overbroad, H.B. 981 doubles down on the problem by recodifying this term, and even expanding how it is used with respect to online speech.

For example, even a modest social media ad campaign sponsored by “Black Lives Matter” activists calling attention to the 2015 death of Baltimore native Freddie Gray in police custody could have been regulated under H.B. 981. After all, then-Baltimore Mayor Stephanie Rawlings-Blake was so closely associated with her handling of the incident that she decided not to run for re-election largely because of the issue.[17] No matter. Under H.B. 981, online ads calling for the protest of Gray’s death would have “related to” to the mayor – a “prospective candidate” for reelection.

Another example is the issue of partisan gerrymandering. Critics argue that this practice is so outcome-determinative to elections that “it lets politicians choose their voters rather than the other way around.”[18] Under this view, it cannot be said that gerrymandering doesn’t “relate to” candidates or prospective candidates. Yet, if the League of Women Voters of Maryland were to sponsor even a small online ad campaign advocating for redistricting reform,[19] its ads would be regulated by H.B. 981.

Even if an issue were not considered to “relate to” a candidate, there is always the possibility that ballot questions or prospective ballot questions about an issue could be presented to voters at some time. Thus, ads about issues generally, such as taxes, education, or health care, also would be subject to the reporting, recordkeeping, and disclaimer burdens of H.B. 981.

Of particular concern, an online speaker that fails to correctly identify its speech as “campaign material” or a “qualifying paid digital communication” and include the requisite disclaimer is treated as a criminal. Specifically, existing Maryland law – which H.B. 981 would not change – punishes disclaimer violations as misdemeanors subject to up to a year in prison, a $1,000 fine, or both, even if the violation was unintentional and unknowing.[22] And it is not just sponsors of “qualifying paid digital communications” that would risk being jailed. H.B. 981 also would recodify an even broader part of the existing statutory definition of “campaign material,” which covers any other “material transmitted by or appearing on the Internet or other electronic medium” if it “relates to” a candidate, prospective candidate, ballot question, or prospective ballot question.[23] Therefore, even someone who posts a personal opinion about any issue in an unpaid Facebook post or Twitter tweet could be thrown in jail if the post is deemed to “relate to” a Maryland candidate or ballot question and does not include the requisite disclaimer.

We also emphasize that H.B. 981 would apply the provisions that are specific to “qualifying paid digital communications” to online ads that are “disseminated to” as few as 500 individuals – an insignificantly low threshold.[24] To put that into perspective, the average click-through rate for online ads is .05%.[25] Therefore, H.B. 981 would regulate ads that do not even engage so much as one person.

In short, H.B. 981 is not targeted at the Russian messages that may have been displayed to more than a hundred million Americans on Facebook during the 2016 election campaign.[28]  Rather, the bill targets the speech of grassroots activists seeking to engage a handful of like-minded citizens on issues of public concern at the state and local level.

The reporting and recordkeeping requirements discussed above for online advertisers and advertising platforms clearly are modeled on the so-called “public file” that broadcasters are required to maintain under federal law for any “message relating to any political matter of national importance.”[29] However, there are significant differences in the policy and legal justifications for how broadcasters, on the one hand, and Internet platforms and advertisers, on the other hand, are regulated. Maryland lawmakers who apply a regulatory framework from the analog era to the digital world are setting the state up for a constitutional challenge.

As a preliminary matter, reporting requirements like H.B. 981’s public file requirement are generally subject to “‘exacting scrutiny,’ such that the government interest served [must be] ‘substantial,’ and ‘sufficiently important to outweigh the possibility of infringement.’”[30] Although the U.S. Supreme Court upheld the constitutionality of the public file requirement for broadcast ads under federal law, it did so because broadcasters were already subject to extensive requirements to maintain records of:

Broadcasters are so regulated because they are required to act in the “public interest” due to the scarcity of the portion of the electromagnetic spectrum over which content may be transmitted.[32] By contrast, the “online platforms” that H.B. 981 would regulate are not at all like broadcasters and are not subject to spectrum limitations. Therefore, online platforms are not subject to these pre-existing recordkeeping requirements, and it would be rather presumptuous for Maryland lawmakers to purport to regulate online platforms as broadcasters.

In short, the extensive reporting and recordkeeping requirements H.B. 981 would impose on online issue speech are unconstitutional unless Maryland can demonstrate there is a “substantial” and “sufficiently important” governmental interest for these requirements – which there likely is not.

On top of the reporting and recordkeeping requirements discussed above, H.B. 981 would additionally burden, deter, and chill online speech about issues and ballot measures within the two months preceding any election. This would be particularly harmful to efforts to call public attention to bills that are being voted on in the General Assembly, or that the Governor is considering signing or vetoing. It also would hurt nonpartisan efforts to educate the public about ballot measures, which studies have shown are typically not well-understood by voters.

Specifically, H.B. 981 would expand the state’s regulation of so-called “electioneering communications” to cover “qualified paid digital communications” that are disseminated to 5,000 or more individuals.[33] (Such a distribution threshold would cover an ad that engages, on average, a mere two-and-a-half individuals.[34]) As noted above, an “electioneering communication” is one that “refers to a clearly identified candidate or ballot [question]” within 60 days before an election in which the candidate or ballot question is on the ballot.[35]

In practice, this means civic and advocacy groups that engage Maryland residents online to contact their state elected officials about pending legislation will be subject to even more extensive regulation. The deterrence effect H.B. 981 will have on civic engagement belies the bill’s Orwellian title – unless the title’s references to “transparency” and “accountability” mean less transparency regarding Maryland state government and less accountability for state elected officials.

Like the bill’s general reporting and recordkeeping requirements for “qualifying paid digital communications,” the constitutionality of H.B. 981’s expansion of “electioneering communication” regulations to online ads is highly questionable. The state will have to justify how the bill’s regulatory burdens on speech holding elected officials accountable and providing voters with nonpartisan information about ballot questions further a “substantial” and “sufficiently important” governmental interest under the “exacting scrutiny” standard for judicial review.

[1] Eric Wang is also Special Counsel in the Election Law practice group at the Washington, D.C. law firm of Wiley Rein, LLP. Any opinions expressed herein are those of the Institute for Free Speech and Mr. Wang, and not necessarily those of his firm or its clients.

[2] The Institute for Free Speech is a nonpartisan, nonprofit § 501(c)(3) organization that promotes and protects the First Amendment political rights of speech, press, assembly, and petition. Originally known as the Center for Competitive Politics, it was founded in 2005 by Bradley A. Smith, a former Chairman of the Federal Election Commission. In addition to scholarly and educational work, the Institute is actively involved in targeted litigation against unconstitutional laws at both the state and federal levels. Its attorneys have secured judgments in federal court striking down laws in Colorado, Utah, and South Dakota on First Amendment grounds. We are also currently involved in litigation against California, Missouri, Tennessee, and the federal government.

[15] The State Board of Elections’ regulations do not further define “campaign material,” or when it is deemed to “relate to” a candidate or prospective candidate.

[16] See Merriam-Webster, “Relates,” at https://www.merriam-webster.com/dictionary/relates (“the readings relate to his lectures”; “the way a child relates to a teacher”; “can’t relate to that kind of music”).

[31] McConnell v. FEC, 540 U.S. 93, 233-36 (2003). Although the Supreme Court reversed the district court on this issue, it did not take exception to Judge Leon’s invocation of the “exacting scrutiny” standard for judicial review of the public file requirement.

Disinformation is a bit like driving.  We all think we are good at identifying what is true and what is not, and that the ...