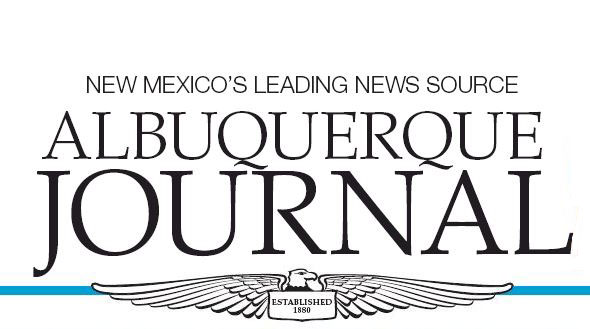 In 2015, University of New Mexico senior and Lobos basketball guard Hugh Greenwood called out a Twitter bully for attacking his mother, a breast cancer survivor. In so doing, he inspired Lobos fans to give to a charity he set up, Pink Pack, to help fund the University of New Mexico Cancer Center. One donor was Gov. Susana Martinez, who issued a statement saying, “I am so proud of Hugh for standing beside his mother, for taking the high-road during the UNLV game, for having the courage to fight against cancer – for his own family and for others – and that is why I am standing by Hugh today.”

This was a moment of true civic engagement. A college basketball player and a sitting governor came together to support a cause they both believed in. In so doing, they spread the word about a worthy charity in the state.

Luckily for Martinez, Greenwood, and Pink Pack, they didn’t have to worry about New Mexico Senate Bill 96.

You probably haven’t heard of SB 96, pitched as a “campaign finance fix.” Even if you have heard of it, you likely have no idea how or why it would affect a charity like Pink Pack.

So what’s going on here? The story begins with opponents of the Supreme Court decision in Citizens United. That ruling freed citizens’ groups to speak out directly about candidates. Strangely enough, there are many who don’t want citizens speaking out about candidates. And they have latched onto the idea of increasing government reporting requirements – so-called “disclosure” – as a roundabout way to limit independent citizen speech.

New Mexico law already has strong disclosure rules. Contributions to political candidates and parties are publicly disclosed. Additionally, “political committees” – anyone who spends over $500 “primarily for a political purpose” – already must file extensive paperwork that is placed on the internet by the state for anyone to see. Such groups must file a complicated series of reports, documenting every dollar spent and every contribution received. They must further list the names and home addresses of every contributor who gives over $500.

All of that red tape is a burden in itself, particularly for small groups. Recognizing that fact, the Tenth Circuit Court of Appeals has followed the federal example, and limited the definition of “political purpose” in New Mexico law to mean only those groups “expressly advocating” a candidate’s election or defeat. In other words, you can’t be forced into filing those reams of paperwork simply for mentioning a candidate in an ad. You have to clearly call for their election or defeat.

Unfortunately, Sen. Majority Leader Peter Wirth, D-Santa Fe, and others in New Mexico have long been long pushing for even more disclosure. This disclosure would not be from candidates, parties, and political committees, but from a much broader array of civic organizations. Enter SB 96, a bill ushered through the Senate and currently before the House, that extends New Mexico’s disclosure rules to anyone who mentions a candidate in any ad near an election. This bill “fixes” campaign finance laws in the same way a law applying gun control regulations to Nerf weapons would “fix” gun laws.

Under SB 96, if a charity mailed fliers near an election advocating for legislation that bears the name of a state senator, they’d have to reveal the names and home addresses of many of their donors. If a group supportive of local farmers’ markets ran a radio ad asking you to contact the governor to support an organic foods bill during a special session of the Legislature in May, that group would have to file reports with the state just like a candidate or political party. Don’t want your neighbors, or your government, to know about your charitable giving? Too late.

And SB 96 is more than “just” disclosure. If Susana Martinez had filmed a PSA supporting Pink Pack in September before her re-election, under SB 96 that would be considered a campaign ad, and Pink Pack would have made an illegal contribution to the governor. That moment of civic engagement could subject the charity to a $20,000 fine.

This is a story about how bad laws are made in the battle to fight “money in politics.” Fortunately for New Mexico, there is still time to stop this bill, and protect charitable and advocacy organizations from onerous and unnecessary government regulation. Remember, disclosure is for we, the people, to watch what politicians are doing, not the other way around. SB 96 does quite the opposite, and should not become law in New Mexico.

People often advise against “making a federal case” out of minor grievances. Someone in your neighborhood has a noisy dog? By all means mention ...

The New York Times wants anonymity for the powerful, but no privacy for you

President Trump set off another mini-firestorm this week with his reaction to an anonymously-authored New York Times op-ed in which the author “vowed to ...