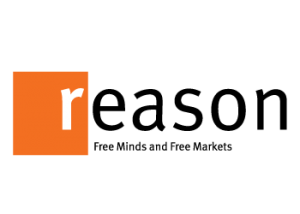 This piece originally appeared in Reason Magazine on February 28, 2022.

Tammy Giuliani, the owner of Stella Luna Gelato Café in Ottawa, has learned a valuable lesson about privacy.

Giuliani made a $250 donation to the Canadian trucker’s convoy, the movement that briefly paralyzed Canada’s capital and garnered international attention for its protest against COVID-19 mandates. Hackers leaked information about her donation and thousands of others, leading to widespread threats and harassment against the donors. The threats forced the café to close.

“When a group of people first decided they were going to travel across the country to spread this message of solidarity, it seemed like a beacon of hope for small businesses like us,” Guiliani told the Ottawa Citizen. “In retrospect it was bad judgment, but does that mean that people have a right to threaten our staff? Does it mean people have the right to threaten to throw bricks though our window and to threaten my family?”

Americans should take two lessons from these unfortunate events. First: The right to support causes privately and keep our associations to ourselves is important to a healthy and stable civil society. We cannot rid our communities of people and businesses that disagree with us. If people who object to Black Lives Matter or the Tea Party harass every small business that supports these causes, we would soon live in a world with very few small businesses—or very little free speech. Privacy of donations allows everyone to participate in political causes without sacrificing their ability to work and live in a diverse community.

As the Supreme Court ruled in 2021’s Americans for Prosperity Foundation v. Bonta, “effective advocacy of both public and private points of view, particularly controversial ones, is undeniably enhanced by group association.” In that case, the Court upheld the rights of Americans to keep their memberships and financial support for causes and organizations private from state officials unless the government had a legitimate reason to seek the information.

In a world without donor privacy, only the loudest, wealthiest, and most shameless voices are heard, particularly in the internet age. Outrage can be harnessed faster than ever before to target individuals who otherwise would never have cause to see their name trending on Twitter.

The second lesson involves a subtler danger. America has many laws that mandate public donor exposure. Some of those laws, such as requiring public reporting of donations to candidates, are largely uncontroversial. But we should never expand such donor exposure to include Americans backing causes rather than candidates. That’s not just because the potential for harassment is genuine and severe; it’s because the information we can glean from their disclosure is often trivial, inaccurate, and prone to misuse.

Giuliani gave what she believed was a donation to a grassroots movement supporting an end to measures that have hurt her business. By the time the donation was exposed two weeks later, many Canadians had rethought their support and started seeing the convoy as an illegal occupation. The disclosure of donations such as Giuliani’s shows the transaction but none of the nuance. A small donation to an organization rarely represents a full-throated, well-informed affirmation of everything that group stands for now and in the future. But disclosure of a contribution appears as just that, and to many marks the donor as an enemy.

This is true of all disclosure rules. In Wisconsin, a nonprofit advocacy group called Wisconsin Family Action (WFA) is currently suing the Federal Election Commission because the agency’s disclosure rules are poorly crafted. The group—represented by an organization I work for, the Institute for Free Speech—occasionally speaks about elections, but that is not its primary purpose, and many donors give for other reasons. The lawsuit aims to make it clear that only those donors who intend to support the group’s political efforts need to be publicly reported, not every person who contributes over $200.

As the Institute for Free Speech explains in our case summary:

A 2018 court ruling struck down a longstanding FEC regulation stipulating that only contributors who supported a particular ad endorsing or opposing a federal candidate must be publicly exposed. Three years later, the FEC has still not replaced that regulation. The little guidance the Commission has provided suggests that nonprofits may now be forced to report general donations given for no political purpose.

This sweeping interpretation of the law could result in the public exposure of the names and addresses of every person who gives as little as $200 in a calendar year to any nonprofit group that spends just $250 on communications that advocate the election or defeat of a candidate. The threat of such widespread exposure of nonprofit donors has had a severe chilling effect on political speech.

The First Amendment and Supreme Court precedent limit the government’s power to compel public exposure of a nonprofit’s supporters. The government may only require nonprofits like WFA to report donors who intend to fund communications advocating the election or defeat of candidates, the lawsuit explains. The FEC’s vague disclosure policy violates the rights of Americans who support a nonprofit’s overall mission rather than its advocacy on campaigns.

Donor privacy may be on thin ice in Canada, but in the U.S. it still has a fighting chance. Let’s hope the courts give space for private associations to remain private.

A new report says New York restricts more speech about government than any other state in the nation. The Institute for Free Speech, a ...

Is the Supreme Court about to give state and local political parties a boost?

By Bradley A. Smith As part of the McCain-Feingold campaign finance "reform" of 2002, virtually everything these local parties do was brought into the web ...