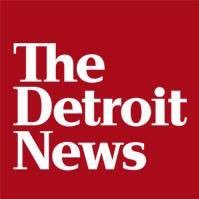 This piece, co-authored by Bradley A. Smith and David Keating, originally appeared in The Detroit News on March 5, 2021.

Free speech is not the enemy of democracy. It is one of its most vital ingredients. But apparently, that’s not the view in Washington.

House Democrats just passed the biggest restriction on political speech in a generation. Yet you probably haven’t heard a peep about it. House leaders hope you won’t notice what they’re doing. They rushed the nearly 800-page bill to the floor after only one committee hearing, and heard no testimony at all regarding its restrictions on speech.

It’s politics at its worst. Proponents of H.R. 1 say they want to make democracy work for the people, a popular but meaningless cliché. In reality, H.R. 1 creates new burdens on your rights, as Americans, to speak, assemble, and petition the government.

The threats to free speech in the so-called “For the People Act” span hundreds of pages and are too numerous to cover in their entirety here. But the short version is this: The bill makes speaking easier for politicians and harder for American citizens. It subsidizes politicians’ campaigns while allowing elected officials and their allies to compile enemies lists of private supporters of causes they don’t like. It imposes crushing regulatory burdens on groups that speak about elections, government or legislation.

The groups citizens rely on to monitor Washington and voice their concerns — such as the ACLU, the NRA, the Sierra Club and countless others — will be newly shackled. As just one example, the bill would regulate any “public communication” that “promotes, supports, attacks or opposes” any candidate. Groups will be scratching their heads trying to figure out what qualifies.

If a left-leaning organization criticizes “Biden’s COVID relief plan” as insufficient, is it attacking Biden? During the previous administration, would a gun rights group that criticized the Trump administration’s “bump stock ban” have been opposing Trump? To understand the law, grassroots organizations will have to hire an attorney. Even that may not save them.

The hundreds of pages of new rules will be interpreted and enforced by the Federal Election Commission. The FEC, created in the aftermath of Watergate, was designed as an independent, bipartisan agency to ensure that no party could weaponize the law against its opponents. But H.R. 1 would eliminate this safeguard and turn the FEC into an agency with a partisan majority.

Of course, there’s one group that will do just fine under H.R. 1: the party in power. The bill would inject millions of dollars of public money into politicians’ campaigns, forcing all of America to subsidize their partisan political ads. In total, H.R. 1 could cost more than a billion dollars each election cycle in subsidies to House candidates alone.

These problems are just the tip of the iceberg. H.R. 1 gives advantages to big tech companies in hosting political ads; it subjects ordinary citizens — especially those who privately hold unpopular opinions — to harassment and intimidation by publicizing their support or membership in many nonprofits and causes; it forces speakers to recite lengthy government disclaimers rather than discuss the issues.

Congress could have spent a year debating and amending the many troubling provisions, and still had more work to do. Instead, the House chose to vote on the enormous bill after one committee spent less than two hours considering it.

The “For the People Act” would be better called the “For the Politicians Act.” Or maybe just “Swamp Thing.”

By stifling dissent and voting themselves a taxpayer subsidy, a cynical House has not made democracy better. It has only made it more comfortable for the powerful.

Taxpayer-financed campaigns could be an expensive mistake for New Yorkers

In the midst of a devastating pandemic and plummeting tax revenue, New York’s new budget law gives millions of tax dollars to politicians for ...