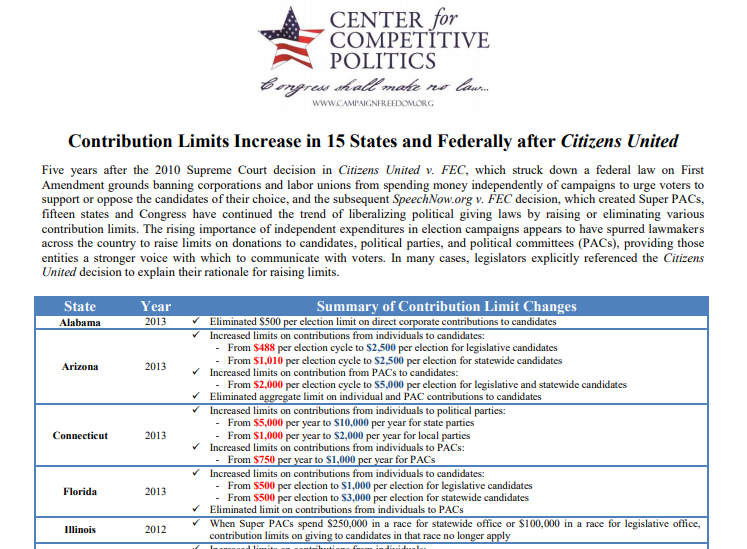 As this Issue Brief explains, five years after the 2010 Supreme Court decision in Citizens United v. FEC, which struck down a federal law on First Amendment grounds banning corporations and labor unions from spending money independently of campaigns to urge voters to support or oppose the candidates of their choice, and the subsequent SpeechNow.org v. FEC decision, which created Super PACs, fifteen states and Congress have continued the trend of liberalizing political giving laws by raising or eliminating various contribution limits.

The rising importance of independent expenditures in election campaigns appears to have spurred lawmakers across the country to raise limits on donations to candidates, political parties, and political committees (PACs), providing those entities a stronger voice with which to communicate with voters. In many cases, legislators explicitly referenced the Citizens United decision to explain their rationale for raising limits.

The following Issue Brief summarizes each state’s changes to its limits and explains the failure of contribution limits to reduce corruption or improve the quality of government management.

What You Probably Haven’t Heard About Citizens United (Video)