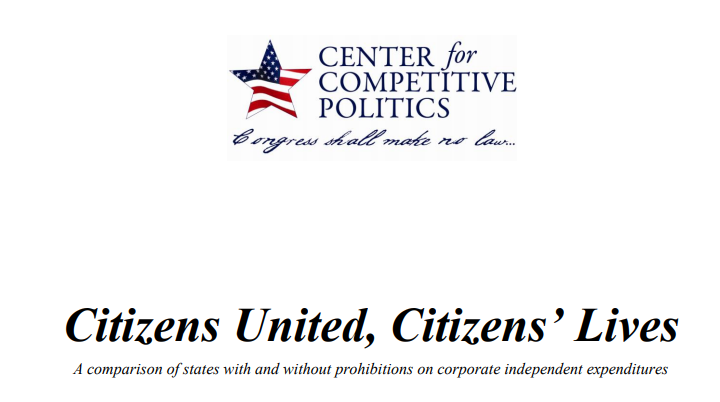 President Obama has claimed that the U.S Supreme Court’s decision in Citizens United v. Federal Election Commission will empower “powerful interests” to “drown out the voices of everyday Americans.” In an analysis of state-specific data, CCP president Sean Parnell dispels this myth that the “public interest” will be adversely affected by the elimination of limits on independent political spending. CCP compared several policy and general welfare indicators considering that 24 states restricted political spending pre-Citizens United (constrasted with the 26 states which allowed unlimited independent spending). In this analysis, CCP demonstrates that there is no positive correlation between corporate spending and policy outcomes. There is no evidence that freedom for corporations, unions and advocacy groups to exercise their First Amendment rights in 26 states has caused any adverse impact on policy compared to the 24 states that restricted such spending.