Bloomberg Campaign Shows Why Contribution Limits Should Be Eliminated 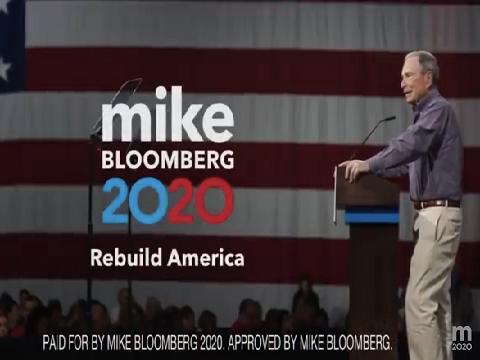 “Democracy is not for sale” became a popular tagline opposing billionaire Michael Bloomberg’s short-lived run for president. Fortunately, the phrase is true. History has shown time and again that American democracy is, in fact, not for sale. Voters, not money, decide the outcome of elections. And money has never been able to “buy” voters’ support. For all the handwringing over Bloomberg’s spending, Americans’ fatigue with seeing him on their screens seems to be the only damage done to our democracy.

But why are billionaires like Bloomberg able to contribute hundreds of millions of dollars to their own campaigns while less wealthy competitors are limited to collecting contributions no larger than a few thousand dollars?

Recognizing that limits on funding and spending for political advocacy are limits on political speech, plaintiffs from across the spectrum challenged the law under the First Amendment.

That case, Buckley v. Valeo, struck down all spending limits as unconstitutional restrictions on speech. This also meant that candidates could contribute unlimited funds to their own campaigns. As the Court correctly noted, “[t]he ceiling on personal expenditures by candidates on their own behalf, like the limitations on independent expenditures [], imposes a substantial restraint on the ability of persons to engage in protected First Amendment expression.” Unfortunately, the ruling upheld limits on how much supporters could donate to campaigns.

The case also created the odd legal framework in which a wealthy individual could spend unlimited funds independently advocating for or against candidates while multiple citizens joined for the same purpose had to abide by contribution limits. Fortunately, this affront to freedom of association was rectified in the 2010 case SpeechNow.org v. Federal Election Commission. That ruling struck down contribution limits for independent groups, legalizing what are now known as super PACs.

The obvious next step in the march towards truly free election campaigns is to remove all contribution limits. If billionaires like Bloomberg can contribute oodles of money to their own campaigns, why can’t all campaigns accept unlimited contributions from supporters? Besides benefiting wealthy candidates, contribution limits exacerbate the advantages of incumbent and celebrity candidates. Such candidates already have a large platform and require far fewer resources to reach voters.

Making matters worse, some candidates without Bloomberg’s largesse told their super PAC allies to keep their mouths shut. Future aspiring officeholders may want to reconsider that decision. Senators Kamala Harris and Elizabeth Warren eventually did. But it was too little, too late. Part of Warren’s (former?) rub with super PACs seems to be a belief that voters should hear only from candidates, not independent speakers. But candidates shouldn’t be telling groups of citizens not to speak. An easier way to help voters hear from candidates directly would be to eliminate contribution limits, as some states have done, so candidates have more resources to reach voters themselves.

Restricting funding of campaign speech undermines the right of voters to hear the speech that funding allows. It shouldn’t matter whether donations or a candidate’s own wealth make that speech possible.

Fortunately, campaign finance laws exempt the media from their regulations. And courts have made clear that super PACs are free to raise and spend as much as they’d like speaking about candidates. Candidates should be afforded the same freedom to speak on their own behalf.

As Bloomberg has shown, even campaigns with virtually unlimited resources will not be successful if voters aren’t buying the message. Voters deserve to hear a candidate’s message and make up their own minds. It’s time to end campaign finance restrictions that hamper candidates’ ability to make their case to voters.

Concerned with the threat of climate change, editors at The Nation have asked all of the presidential candidates to sign a pledge. The pledge ...