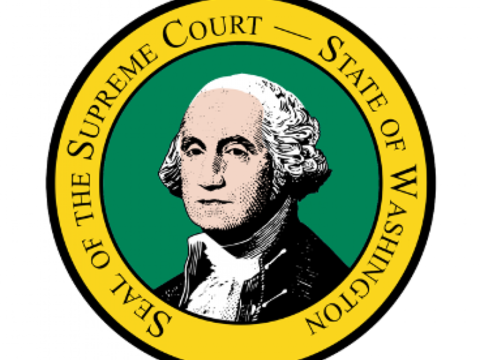 In an amicus brief filed in mid-August, the Institute for Free Speech urged the Washington State Supreme Court to overturn an unprecedented $18 million penalty against the Grocery Manufacturers Association (GMA) for campaign finance violations.

To provoke such a tremendous penalty – nearly five times greater than the largest campaign finance fine ever imposed by the federal government – you would assume the group must’ve participated in the most corrupt political scandal in a generation.

In 2013, GMA made a legal contribution to a coalition opposing ballot measure I-522, aptly named “No on I-522.” The measure, which voters rejected, would have required certain products containing genetically modified organisms (GMOs) to be labeled accordingly and would have established financial penalties for noncompliance. Even though No on I-522 and GMA both reported the contributions and GMA’s interests in the measure were no secret, “the State hit GMA with a fine tantamount to a death sentence for most groups,” the Institute’s brief reads. GMA faces potential financial ruin simply because it did not realize it was required to register as a PAC opposed to I-522 and expose its supporters.

The $18 million fine is severely disproportionate to the violation. The largest fine ever given out by the Federal Election Commission was $3.8 million and concerned illegal contributions. This pales in comparison to the fine against GMA, whose violations were mere technical errors. The largest FEC fines for comparable offenses “amounted to just 1% of the fine imposed on GMA,” the brief explains.

The First Amendment implications of upholding the $18 million penalty would be disastrous. Cleaning out a group that engaged in a legal form of advocacy is certain to induce a broad and indiscriminate chill on political speech. That is, other groups will see what happened to GMA and decide that speaking out about ballot measures is not worth the risk. The state is effectively sending an $18 million warning to any groups that dare give their support to a cause in the state of Washington: Be prepared to pay if you want to exercise your ‘free’ speech.

Unfortunately, the danger is not only from the government. Washington law also allows private enforcement actions in campaign finance matters. This means that political opponents can directly pursue the groups they wish to silence, enlisting the state to bankrupt them at their behest.

The Institute’s amicus brief urges the Washington State Supreme Court to dismiss the fine altogether on First Amendment grounds. It is offensive to the First Amendment that states can punish political advocates to the tune of $18 million for technical errors. Should the fine stand, advocacy groups in Washington will be discouraged from making their voices heard at all. We hope the State Supreme Court agrees with our concerns.