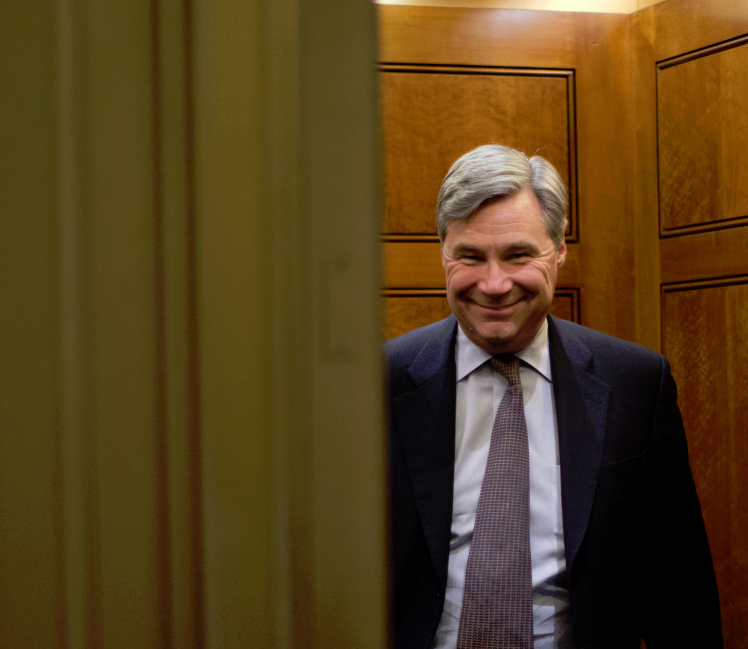 Last week, Senators Elizabeth Warren (D-MA) and Sheldon Whitehouse (D-RI) penned an op-ed in The Washington Post about the investigations of ExxonMobil by several state attorneys general. The Senators lauded efforts to accuse the oil company of fraud for allegedly advancing skepticism about the impacts of its products on climate change. Despite downplaying these moves as “reasonable questions,” Senators Warren and Whitehouse are in fact supporting one of the most blatant and shameless attacks on free speech in recent memory.

This episode is the latest in a years-long coordinated effort primarily among left-wing groups to politically weaponize the legal system. New York Attorney General Eric T. Schneiderman took the first concrete step in November 2015 by announcing his investigation of Exxon under a slew of federal and New York State laws, including, bizarrely, the Racketeer Influenced and Corrupt Organizations (RICO) Act – a law more associated with mobsters than corporate scientists.

Attorney General Schneiderman subpoenaed Exxon for extensive financial records, emails, and other documents in a gambit to uncover whether statements the company made to investors about the risks of climate change were consistent with its own long-running research. AGs from states and territories like Massachusetts and the U.S. Virgin Islands (where Exxon says it has no business operations) soon joined this effort, expanding the ideological witch-hunt by subpoenaing think tanks and organizations similarly viewed as skeptical of climate change science (and regulatory policies to combat the phenomenon), like the Competitive Enterprise Institute and the American Legislative Exchange Council. All told, the combined investigations target communications going back 40 years between Exxon and over 100 think tanks, universities, and academics.

Their argument is that ExxonMobil denied the reality of man-made climate change and funded groups that downplayed its risks, yet privately acknowledged that their arguments were bogus, all while preparing for the effects of climate change and profiting off carbon pollution along the way. Doing so, the AGs argue, represented a pattern of illegally misleading investors and consumers.

The reality is far more complicated. A collection of company statements and documents dating back to 1980 show that there was early skepticism about the risks of carbon emissions and opposition to certain political responses. But there was also support for conducting climate research. While Exxon’s public position on climate change evolved over time, it maintained suspicion of climate regulations. Indeed, Exxon’s 2009 annual report asserted a need to reduce CO2 emissions, while the 2014 annual report outlined how certain regulations would hinder its business model.

Does this constitute fraud? Well, the legal definition of fraud usually requires the misrepresentation or omission of a material fact, intent to defraud,[1] reasonable reliance on that misrepresentation by those being defrauded, and damages to those affected by such reliance.

Internal disagreements or evolving interpretations about a complicated scientific topic over which many people disagree are certainly not a “misrepresentation of a material fact” committed with the “intent to defraud.” Indeed, the public debate about climate change has itself changed vastly since the 1980s. Furthermore, regardless of whether the company officially believes that climate change is a risk, it is not illegal to oppose regulations it deems harmful, nor to consider the possibility that climate change would yield new business opportunities such as arctic oil drilling. Rationally managing all forms of risk or opportunity is essential for a business to protect its own long-term interests and those of its shareholders. It is unclear how such decision-making directly harms Exxon’s investors.

By suggesting that Exxon is committing fraud by protecting those interests, the AGs are essentially arguing that certain interpretations of climate science or pending legislation are not only wrong, but prosecutable offenses. In short, they are arguing that businesses can be sued for speech that the government disagrees with.

The focus on Exxon’s past support for think tanks and other groups that share skepticism about climate change and how to handle it also reveals an intention to create a chilling effect for broader political activity that the AGs bringing this investigation disagree with. Exxon’s Vice President for Public Affairs explained that the company’s support for free market groups was predicated on a shared opposition to regulations like the Kyoto Protocol rather than skepticism of climate change per se. But this justification completely misses the point of the investigations, assuming they were actually concerned with the pursuit of objective justice.

Rather, the AGs’ collective goal is not only to use Exxon as a scapegoat for a specific political agenda, but also to punish a wide range of ideological opponents while establishing a lasting precedent that the government can investigate and prosecute political speech that those in power dislike. If this effort succeeds, even by merely forcing Exxon to settle out of court, then it will have been a resounding success likely to be replicated again – with activists of all ideological persuasions pushing their own agendas through the courts. Such a thought should be frightening to all who value free political speech and a vigorous public debate, regardless of one’s ideological views on various issues.

[1] This standard is not included for civil actions under New York’s Martin Act.

If we want more speech and association in our society (and we should), then we need to focus on bringing down the costs for ...