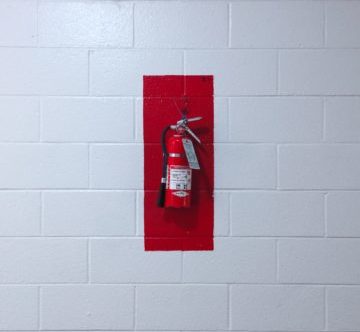 These past few months have been especially challenging for many in the United States. The dangers of coronavirus and the widespread protests against police brutality have placed enormous stress on government leaders. These emergencies have given officials more latitude to infringe on the First Amendment rights of American citizens.

During times of emergency, the First Amendment is more important than ever. Government officials have a tendency during crises to overreact to potential dangers and limit more expression than they should. Additionally, emergencies can heighten social tensions and make society as a whole less tolerant of controversial ideas or statements that challenge the status quo. And as citizens naturally react to government policies and ongoing controversies during a crisis, it is imperative that our elected leaders are forward looking and resolve to protect free expression before an emergency occurs. This post will outline several key principles that officials can rely on to secure civil liberties in advance of an emergency.

But first, here are two important and related threats to the First Amendment that we’ve observed during this difficult time:

In early May, New York City cracked down on the basic freedom to protest the actions of government. Mayor Bill de Blasio effectively banned the ability to protest on May 3. City police dispersed peaceful protesters, most of whom were wearing masks and observing social distancing rules, and threatened them with arrest for safely exercising their First Amendment rights. Police Commissioner Dermot Shea explained that, “So while we greatly, greatly respect the right of people to protest, there should not be protests taking place in the middle of a pandemic by gathering outside and putting people at risk.” To clarify, the largest city in the United States communicated its respect for the right to protest by banning any outdoor protest under any circumstances during the entire length of a pandemic.

In response to the ongoing protests, many areas have also instituted curfews, effectively limiting Americans’ ability to make themselves heard on acts of police brutality and systematic racism. In Birmingham, Alabama, the city government banned protests for 19 hours a day. Further, in order to protest, individuals were required to obtain a permit and were restricted to limited areas miles away from downtown sites where they could be seen and heard. The result: people living in and around Birmingham have a right to protest as long as no one hears them. Similarly, a lawsuit against the city of Cincinnati alleges that its curfew was overbroad and unconstitutionally restricted the ability for individuals to protest.

Threats to civil liberties are not limited to state and local governments. Lafayette Square is a public park in Washington, D.C. across the street from the White House that has historically been used to protest the actions of government. On June 1, protesters gathered at the park to protest police brutality. The city had enacted a 7 PM curfew, but at 6:30 PM the authorities cleared out peaceful protesters using aggressive tactics. During the chaos, two Australian journalists were attacked by U.S. Park Police and were left bruised with their camera lens broken. Why did this happen? The president wanted to make an appearance at nearby St. John’s Church, which had been vandalized the night before. When asked about the confrontation, the White House later said it had “no regrets” clearing out the protesters.

The Freedom of the Press Foundation and the Committee to Protect Journalists’ U.S. Press Freedom Tracker reports that, during the peak of the protests, from May 26 to June 6, there were 328 press freedom violations. The Tracker found that 54 journalists were arrested and 173 were assaulted by police or protesters.

In one particularly notable incident, a CNN crew was arrested live on air after they peacefully and patiently asked officers where they could move to cover the protests safely. This episode is just one in a series of disturbing stories that have played out as journalists have attempted to document and report on countless Americans’ protesting matters of policing and racial injustice.

The groups maintaining the U.S. Press Freedom Tracker argue that these recent violations of press freedoms are unprecedented. However, history has demonstrated that civil liberties are often threatened in times of emergency. First Amendment Scholar Geoffrey Stone, in his book Perilous Times, surveyed the history of the First Amendment and found that the most serious infringements of speech rights have occurred during times of great upheaval. These actions were usually later judged to be excessive once the emergency passed. For example, the Alien and Sedition Acts of 1798 were passed due to fears of an impending war with France that never came. The Sedition Act of 1918 was passed during World War I and led to the prosecutions of thousands of American dissidents.

Informed by history, what these current events show us is that it is not enough just to try and protect free speech during an emergency. Rather, it is essential that, in advance of an emergency, we set clear guidelines that limit the ability for government officials to abuse their authority. Here are three principles we should keep in mind when contemplating public policy in advance of future emergencies.

Broad powers create uncertainty about rights and allow government officials to enforce speech regulations arbitrarily. If the judgement of leaders can be compromised or abused in times of emergency, then we should clarify and limit the powers officials possess before an emergency takes place. Of course, our leaders need a certain degree of discretion, especially in times of public crisis. However, it is imperative that civil liberties are protected even in times of discord. Therefore, laws limiting the power of government should be as specific as possible when it comes to crucial rights like freedom of expression.

One area where the government should seek to pass more clearly protective laws is with associational privacy. Individuals have the ability to elevate their voices by participating in groups, but many will hesitate to join if they cannot do so privately. While the Supreme Court has recognized that Americans have a constitutional right “to pursue their lawful private interests privately and to associate freely with others in so doing,” this right has often been threatened. Officials from California to New York have attempted to force nonprofits and advocacy groups to report their supporters to the government, often with little warning or justification. Laws that better protect the privacy of individuals to join and participate in groups before an emergency will go a long way in safeguarding First Amendment freedoms.

There should also be more sunset provisions, where the powers of officials need to be reauthorized periodically by the legislature. With these policies in place, if government is abusing its authority, or if the emergency ends, then broad powers can be more easily curtailed.

Principle 2: Laws should aim to maximize free expression as much as possible.

Certain emergencies, like a pandemic, offer unique challenges to traditional ways citizens express themselves. Mass congregation in a public area might not be possible in a deadly pandemic, for example. Nevertheless, public officials should always be committed to expanding the ability for citizens to speak and protest as much as possible. Mayor de Blasio’s ban on protests was especially misguided because it banned protests even if the participants followed the CDC’s public health guidelines perfectly. For instance, if protesters wear masks and maintain social distancing, then they should be able to participate in a protest.

Additionally, police may need to engage in crowd control or move journalists for their safety. However, this does not grant the police license to assault cooperating journalists, arrest them, or limit their access to report on matters of public concern.

A nation in crisis should rely on the foundational principles of free expression even more, so that citizens are able to challenge counterproductive policies and express and share alternative opinions.

Principle 3: Laws must apply equally to everyone.

The First Amendment grants everyone the right to free expression, not just individuals we appreciate hearing from. When government discriminates against which ideas can be heard and expressed on the basis of their content, it’s acting antithetically to everything the First Amendment stands for. To act constitutionally, officials need to enact universally applicable laws and cannot target speech based on the ideas that are expressed. The Alien and Sedition Acts of 1798 and the Sedition Act of 1918 were such objectionable laws in large part because they singled out for regulation ideas that challenged or criticized government authority.

Many government officials have banned church congregations or gatherings of large groups, but then, inconsistent with their mandates, marched alongside protesters and allowed large protests to gather in the streets to protest police brutality. It’s important that the protests over police brutality continue and the rights of individuals to assemble are protected. However, politicians cannot maintain a double standard where gatherings of one group are shamed and prevented in the name of public health while larger gatherings of a different group are applauded and left unchallenged. Consistency is key. The public health either warrants all large gatherings to be shuttered, or all individuals that meet certain public safety standards should be allowed to gather.

We are currently living in very challenging times, as we contend with a pandemic and a national debate featuring large protests over systematic acts of police brutality. However, we cannot allow speech to be arbitrarily and unreasonably limited based on panic. The public good cannot be advanced at any cost. Fortunately, there are saving principles and constitutional liberties that can’t be sacrificed but that can guide policymakers in protecting our freedoms in advance of future turmoil. Our country needs to hold elected officials accountable and make sure that their power is limited in order to preserve our civil liberties and democratic character.

We will survive this crisis. However, it’s less certain that our democracy will survive if we readily surrender our First Amendment rights to the discretion of the government.

A recent survey is once again demonstrating that investment managers are not interested in dragging politics into the corporate governance debate. The Stanford Business ...

The esteemed executives enshrined on Mount Rushmore are keeping watch over a more speech-friendly state following our challenge to South Dakota’s unconstitutional restrictions on ...