Why a Culture of Free Expression Demands Tolerance 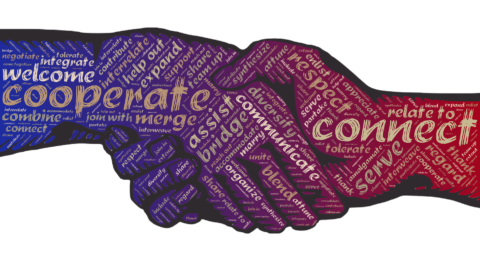 Free expression is the lifeblood of democracy. Its effectiveness lies in its ability to channel deep disagreements towards productive social changes. While free societies need legal protections for speech, laws are only as effective as the cultural influences that safeguard them. A culture of free expression characterizes the level of tolerance a society extends to individuals and their willingness to voice dissenting opinions. Our society needs both strong laws and a robust culture that protects free speech.

The First Amendment prevents censorship from the government, but a culture of free expression goes beyond the law. It promotes open discourse in society, even in many private settings where the First Amendment does not apply. After all, it does not violate the First Amendment if an employer fires someone for their political opinions or if someone is shunned by their neighbors for their beliefs. Nevertheless, if these practices become widespread, then we will be less likely to hear unorthodox ideas and more likely to see a decline in political engagement as people self-censor.

The chess master and human rights advocate Garry Kasparov explains that “fear is the greatest censor of all,” and people can induce a lot of fear in others without doing anything illegal. A recent Cato poll demonstrates how much widespread fear there is of speaking in America.

One of the most concerning developments is the level of self-censorship Americans engage in. The poll found that 62% of Americans say the current political climate prevents them from saying what they believe. These findings powerfully reveal how a strong majority of people fear that simply expressing their beliefs represents an existential threat. Only a majority of respondents classifying themselves as “strong liberals” say they are comfortable sharing their views, and even then, only 58% of Americans in that group hold that opinion.

Fear of social sanction is not just driving people with extreme views to self-censor but rather is cutting to the center of American political opinion. As the survey demonstrates, Americans are scared about being associated with certain groups as mainstream as the two dominant political parties. Their fears might well be justified.

Fortunately, we can take action to limit the threat our culture poses to political expression. If citizens face calls to be fired for a political donation or everyday Americans fear speaking out about politics, then perhaps we should rethink the laws that expose Americans’ identities, home addresses, and employers just for supporting a candidate or party. For instance, we could raise the $200 threshold for donor disclosure to political campaigns so that fewer individuals are publicly exposed and subject to targeting. Whatever increased threshold is agreed upon could also be indexed to inflation. Additionally, we could end the requirement that forces campaigns to report their supporters’ employers. These simple reforms alone would provide greater protection to individuals who choose to participate in politics without facing potential ruin to their careers or a campaign of harassment at the hands of an online mob.

A popular term to describe the current moment is “cancel culture,” an intolerant environment where individuals are targeted and punished by private actors for their speech or beliefs. New York Times columnist Ross Douthat defines a “cancellation” as “an attack on someone’s employment and reputation by a determined collective of critics, based on an opinion or an action that is alleged to be disgraceful and disqualifying.” One of the more egregious recent examples of cancel culture was Civis Analytics’ firing of data analyst David Shor during the peak of the George Floyd protests, after Shor shared an article by a Princeton scholar highlighting research that showed violent protests can generate backlash and undermine the protesters’ goals. Shor was accused of weaponizing “anxiety and ‘intellect’ as a vehicle for anti-blackness” and subsequently fired from his job. In this case, the backlash was swift and disproportionate. Shor’s position was not challenged with civil discourse and criticism; instead his livelihood was leveled. If people are scared to express themselves and offer arguments that challenge the status quo, then there is a strong chance these ideas will not be heard at all, and orthodoxy will reign.

It is vitally important that we do not stay silent about these cultural threats. It was reassuring to see what’s become known as “the Letter” in Harper’s, where more than 150 prominent intellectuals spoke out against a culture that embodies “an intolerance of opposing views, a vogue for public shaming and ostracism, and the tendency to dissolve complex policy issues in a blinding moral certainty.” Alexis de Tocqueville famously wrote that tyranny in democratic republics “ignores the body and goes straight for the soul. The master no longer says: You will think as I do or die. He says: You are free not to think as I do. You may keep your life, your property, and everything else. But from this day forth you shall be as a stranger among us.” The Cato survey emphasizes that, in our desire to avoid being strangers to one another, we will censor ourselves in deference to the power of certain political views.

So what is the remedy?

The answer to this cultural danger lies in taking action against the concerns outlined in the Harper’s Letter. Instead of intolerance of opposing views, we must have more tolerance for those who think differently from us. Rather than publicly shaming and ostracizing others, we should reserve this serious punishment for major transgressions and not inflict it lightly. Finally, we must recognize our fallibility and know that, when we reduce difficult issues into “blinding moral certainty,” we might very well be wrong.

Many individuals are also concerned about threats to their careers through political engagement. Here, changes to the law can give free speech the breathing room it needs. Increasing donor disclosure thresholds and safeguarding the ability for people to privately donate to social causes can make individuals more secure in their political activity and less fearful of being fired for something as simple and common as a donation to a major political candidate.

These prescriptions do not mean that we should avoid criticizing others or that there should not be social consequences for the expression of abhorrent views. We have the obligation to push back strongly against the ideas which we disagree. However, we should not lightly condemn and ostracize our neighbors and community members for widely held views, simply because we may disagree. If we create a climate where there ends up being no ideas to disagree with, then we walk a dangerous line towards dogmatism.

In a democracy, individuals are supposed to disagree. Our system of government cannot function well without respect for such disagreement. A culture of free expression helps to productively anchor our disagreements by simultaneously encouraging and challenging ideas that are different from our own. Our laws alone cannot create the culture we need in our democracy. It is incumbent on us to go beyond our laws and realize this spirit of open and tolerant public discourse.

Today marks the 233rd anniversary of the signing of the U.S. Constitution. As we commemorate September 17, 1787 as the end of the drafting ...

Those who seek ever more regulation of political speech love to play hopscotch with government agencies. If the FEC won’t take up your cause, ...