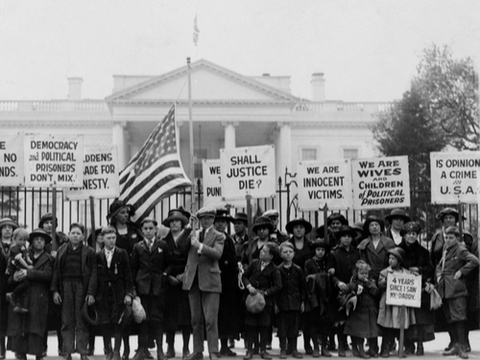 H.R. 1, the so-called “For the People Act,” recently passed the House, despite opposition from all Republicans and one Democrat. Previously, the controversial bill, considered to be “the Democrats’ signature piece of legislation,” passed the House by a party-line vote in the spring of 2019. It is now being shepherded through the Senate as S. 1, a top priority for Democrats in that chamber.

The 886-page bill overhauls political speech regulations and makes significant changes to election administration, voting, and ethics laws. Other provisions buried deep in the bill construct a partisan FEC by reducing the six-member Commission to five members, expand Congressional authority over speech, and require donor disclosure for many nonprofit supporters. H.R. 1 goes far beyond killing two birds with one stone.

The legislation creates a new category of speech to regulate, “campaign-related disbursements.” This stunningly broad category would unconstitutionally regulate speech about legislative issues that mentions federal candidates – many of whom will be elected officials – if the speech “promotes,” “attacks,” “supports,” or “opposes” (“PASO”) the candidate or official. This is one of the many needlessly vague and worrisome provisions included in the legislation. Groups could be forced to hire an attorney in a frustrating effort to understand whether their communications will be deemed to PASO a candidate.

Regrettably, the vagueness and expansiveness of the PASO standard are not the only problems with H.R. 1’s regulation of “campaign-related disbursements.” If H.R. 1 becomes law, organizations, including nonpartisan nonprofits, would be bound to publicly declare their support or opposition to any candidates named in their communications, even if, in reality, the group neither supports nor opposes those individuals. These declarations must be included in public reports for each “campaign-related disbursement” filed with the Federal Election Commission. This has disastrous implications not only for speech rights, but for privacy rights as well.

Compelling any organization to declare allegiance or opposition to a candidate or elected official is inappropriate and misleading. Oftentimes, such communications may merely reference candidates in passing while discussing bills or issues they are associated with. Some ads call for an elected official to act on a particular issue – that’s not necessarily opposition, nor allegiance, is it? If an ad encourages an elected official to support a particular policy, that ad may be deemed to “attack” or “oppose” the candidate, requiring the group to state their opposition to a candidate – even if that’s not the case. Other ads mention multiple candidates. How could an organization effectively comply with the PASO standard in that scenario? Still, many other nonpartisan groups work tirelessly during election season to provide neutral, accurate information about candidates. Forcing these groups to profess allegiance or opposition when they are only providing unbiased, factual information will have disastrous consequences for their work, reputation, and organizational missions. Some groups may choose not to speak for fear of angering an official if their communication is deemed to “attack” or “oppose” them, limiting thoughtful criticism and commentary on elected leaders and their agendas.

H.R. 1’s provisions have even greater implications for supporters of organizations speaking about public policy. Groups would have to label their significant donors as opposing or supporting the candidate named in their communication as well as include top donors’ names in their message. This will discourage groups from speaking and dissuade Americans from supporting social causes. Instead of emphasizing an organization’s mission or cause, the focus will shift to their donors and the binary choice unfairly imposed upon them by H.R. 1. Should a donor be labeled in opposition or allegiance to the president because of a single ad the organization placed online?

Compulsory declarations of allegiance are just one of the many worrisome provisions buried in H.R. 1’s nearly-900 pages that negatively impact Americans’ speech and privacy rights. Let us hope H.R. 1 does not become law, and we can instead advocate for reforms that are truly for the people. 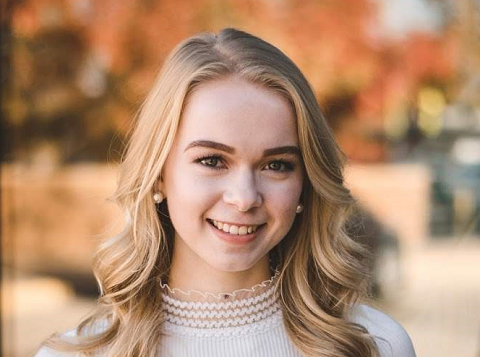 How Valuable is Disclosure?

How Valuable is Disclosure of Campaign Finance Contributions?  The Senate is coming under attack for refusing to pass legislation requiring that Senators campaigns file ...