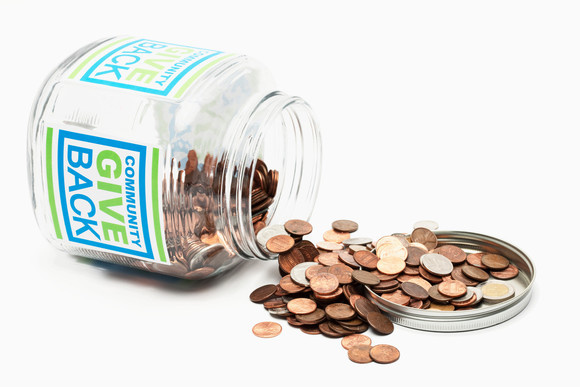 Last week, the “business” section of The Atlantic published an article about modern philanthropy in American society, touching upon a new book on the topic by writer David Callahan. The premise of The Atlantic piece is that wealthy donors use their philanthropic giving to unduly influence American society and politics – not just through policy advocacy organizations, but also through charities that supplement government services with their own – all while bypassing the democratic process.

The arguments reveal a possible new front on the recent war against nonprofits. Proponents of greater government regulation of political speech have long sought more restrictions on advocacy organizations and think tanks that participate in public policy debates – whether by stripping groups of their nonprofit status, forcing them to publicize the identities of their supporters, or even targeting them for abuse from powerful regulatory agencies like the IRS. Such groups are consistently demonized by the anti-speech lobby as a fundamental threat to American democracy.

Pro-regulation activists typically assure skeptics that such regulations wouldn’t threaten “true charities” (it’s unclear what constitutes a “false” charity). This vague term suggests that only nonprofits that disengage from all policy debates and partisan elections should be free from government intrusion. (The Atlantic article seems to imply, incorrectly, that taking any position on a public policy issue is “partisan,” even if a given issue has nothing to do with an election or political party). From The Atlantic’s telling, however, even non-policy organizations are problematic.

The article quotes two Stanford sociologists discussing so-called “disruptive philanthropy” – a term they invented – which “competes with the government to provide services, rather than collaborates with it.” Such groups do this through nefarious deeds such as maintaining museums, building parks, or expanding access to education, while also “seek[ing] to shape civic values in the image of funders’ interests and, in lieu of soliciting public input, seek[ing] to influence or change public opinion and demand.” Since proliferating education seems to be in the public interest, it is not clear how such private groups pose any problem for democracy or “compete” with government. Would the latter even be such a bad thing?

Nor is it clear what exactly is wrong with trying to have an impact on society and culture, even if it is outside of electoral politics. Magazines like The Atlantic presumably want to make a societal impact by informing and persuading their readers. The entire point of philanthropy is to make an impact on society for the better. Why is the presumption that only government and politics are legitimate avenues for shaping society, while all others must submit to these forces?

In general, Americans recognize that philanthropy reflects social responsibility. Many would be outraged if wealthy citizens did not try to “give back” in some form or another. One can oppose expanding charter schools or environmental regulation as a matter of policy, but one cannot deny that they have real implications for social welfare and are well within the purview of nonprofit advocacy. It is absurd to say that government ought to have a monopoly on discussing or acting on these issues, or to suggest that the wealthy have such a monopoly now.

Yet, whether knowingly or not, pro-regulation activists are undermining American civil society. They say it is unacceptable for nonprofit groups to advocate for social welfare in their words and deeds, whether through policy research or providing charitable services outside of the government. The message here is clear: government should be the dominant institution in everyday life, and must consolidate power from all other groups, even though a vibrant non-government civil society is a hallmark of healthy democracies.

The big question is how long will it be before those calling for a crackdown on “phony nonprofits” turn their sights to “disruptive philanthropy” too?

Over 20 years ago, Arizona residents legalized the sale of marijuana for medical uses, but just last year, they narrowly vetoed a proposition that ...

In the dark about “dark money”