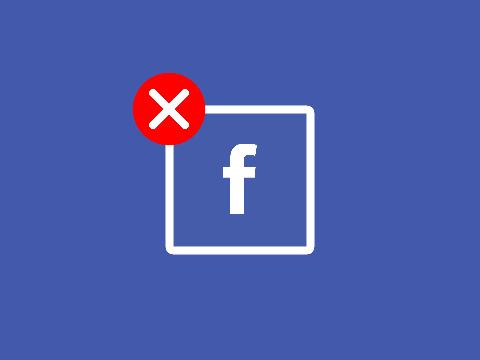 Well before the 2018 midterms were underway, a number of social media companies were working to curb activity by foreigners aimed at influencing U.S. elections on their platforms. Notably, Facebook has now begun turning its focus to activity by Americans.

Recently, the site took down over 550 pages and 251 accounts operated by U.S citizens. In a blog post explaining the decision, Facebook claimed it took down the pages because they were inauthentically promoting content that linked to ad farms.

Unlike the thousands of pages that have been previously shut down for similar behavior, many of these politically-oriented pages asserted their authenticity. For example, the left-leaning Reasonable People Unite page, which had over 2 million followers and shared mainstream political articles, was caught up in Facebook’s purge. Also captured were relatively smaller groups like Punk Rock Libertarians, which had almost 200,000 followers.

Facebook claimed the pages and accounts involved “have consistently broken our rules against spam and coordinated inauthentic behavior.”

It’s possible that some or all of these political-themed pages were indeed in violation of Facebook’s terms of service, even if the users didn’t believe they were. And, as a private company, Facebook certainly has the right to choose what content is and isn’t allowed on its platform. But the takedown of numerous popular pages operated by Americans that espouse viewpoints across the spectrum amounts to censorship, even if Facebook is within its rights to do so.

Facebook’s crackdown on “divisive political messages” has intensified dramatically following government scrutiny of foreign meddling on the platform in the 2016 election. Predictably, this scrutiny has come with legislative proposals, such as the so-called “Honest Ads Act,” and an abundance of congressional hearings.

The threat of heavy-handed government intervention has online platforms walking on eggshells. In Facebook’s decision to remove these pages, we can see how government pressure leads to private action.

Make no mistake, this is government censorship by other means.

While politicians may not have the votes or the constitutional authority to censor online political content (though at least one state, Maryland, is having this theory tested) they can exert political pressure on the platforms that host the content. The multitude of congressional hearings, threats of anti-trust enforcement, and the introduction of legislation like the Honest Ads Act have all undoubtedly altered the behavior of these tech firms.

Would Facebook have removed Americans’ accounts in the absence of repeated congressional hearings? Would Facebook have created intensive new verification procedures for ad buyers without the threat of the Honest Ads Act? Would the company be so worried about allegations of bias towards content on its platform if it weren’t for pressure from members of Congress?

This isn’t just an opinion from those outside the tech industry. At least one former Facebook employee believes the threat of government regulation has altered Big Tech’s behavior.

Brian Amerige, who recently left Facebook prior to the company’s most recent purging, wrote in an internal memo, “We’ve accepted the inevitability of government regulation… Our policy strategy is pragmatism – not clear, implementable long-term principles – and our PR strategy is appeasement – not morally earned pride and self-defense.”

This kind of outsourcing of censorship should worry Americans who believe in a culture of free speech. While it may not be as egregious an offense as the government removing the pages itself, the outcome is often the same. Voices are silenced.

It may be the case that the recently removed Facebook pages were simply bad actors, no different than the spammers who peddle stories of fake celebrity deaths. It seems likely, however, that many of the pages were targeted because they contained political content that Facebook has an incentive to remove.

The First Amendment is clear when it says “Congress shall make no law… abridging the freedom of speech.” The government doesn’t have the right to censor political speech, no matter how divisive. We should be skeptical when the government co-opts tech companies to do the same.

This week, Facebook began shutting out thousands of voices from discussions on political or social issues. The company’s blackout on new political and issue ...