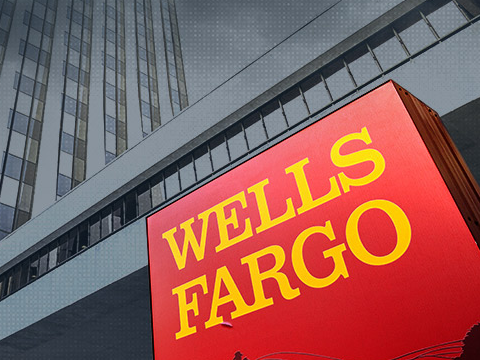 Add a new chapter to the debate over private regulation of speech. Wells Fargo closed the bank account of a Florida candidate who received campaign contributions from lobbyists from the medical marijuana industry. The candidate, Nikki Fried, is herself a former medical marijuana lobbyist-turned candidate for Florida Commissioner of Agriculture and Consumer Services.

Wells Fargo wrote Fried’s campaign in July. “As part of the onboarding of the client it was uncovered some information regarding the customers [sic] political platform and that they are advocating for expanding patient access to medical marijuana.” The bank asked, “Can you confirm the types of transactions expected for this customer & if any of the transactions will include funds received from lobbyists from the medical marijuana industry in any capacity?”

According to Forbes, the campaign confirmed that it had received money from medical marijuana lobbyists. Wells Fargo then notified the campaign that its account would be closed. “As a result of a recent review of your account relationship, we determined that we need to discontinue our business relationship and close the account above within 30 days from the date of this letter,” wrote the bank.

“It is Wells Fargo’s policy not to knowingly bank or provide services to marijuana businesses or for activities related to those businesses, based on federal laws under which the sale and use of marijuana is illegal even if state laws differ,” said spokeswoman Bridget Braxton in a statement. “We continually review our banking relationships to ensure we adhere to strict regulatory and risk guidelines.”

In response, Fried has asked her supporters to consider closing their Wells Fargo accounts as well.

“This is absolutely unprecedented,” Fried told The New York Times. “I’ve been in this campaign since the beginning of June. Everybody in Florida knows that I’m one of the main proponents of the expansion of medical marijuana.”

This isn’t the first time a bank has closed an account over a client’s associations with the marijuana industry or advocacy for marijuana reform. The nonprofit Marijuana Policy Project had its account with PNC Bank terminated last year. Many banks have long been wary of doing business with the marijuana industry, due to federal laws which still ban the substance. But in closing accounts for advocacy groups and candidates, banks are – perhaps unintentionally – stepping into the political arena.

Doing business with one side of an issue, but not the other, is effectively lending support to that side. Doing business with neither side isn’t satisfactory either; that would just inhibit speech about controversial issues. Would the third option – tolerating speech on all sides – be so crazy?

Banks can say they’re not trying to inhibit marijuana reform efforts, they’re just trying to protect themselves. But if legal uncertainty around an issue is enough for major players to stop doing business with politicians and nonprofits that advocate on that issue, the political ramifications are easy to imagine. And the potential applications reach far beyond marijuana laws.

We’ve seen government officials wage a war against websites that allow advertising for sex work. We’ve seen state attorneys general go after businesses and nonprofits that express skepticism of climate change. We’ve seen the state of New York allege that the National Rifle Association’s insurance program is illegal. Creating a cloud of suspicion around an issue or industry and then scaring businesses away from its strongest advocates is a replicable strategy that could be applied to issues across the political spectrum.

One of the longest running debates about free speech is whether it should be thought of in purely First Amendment terms (“Congress shall make no law…”) or as a broader, cultural tolerance towards speech. That debate has heated up in recent years and months as we’ve seen corporations shake up their associations, or even restrict their customers’speech, in response to political pressure. Even critics of corporate political activity have somewhat changed their tunein response to the new climate.

Businesses denying service to risky causes adds a new dimension to these debates. Americans expect corporations to speak out about the impact government actions may have on their business. How they feel about picking and choosing clients on the basis of their donor base and political views remains to be seen. One thing is for sure: this is a trend to keep an eye on going forward.