When the Government Tries to Silence Its Own Employees 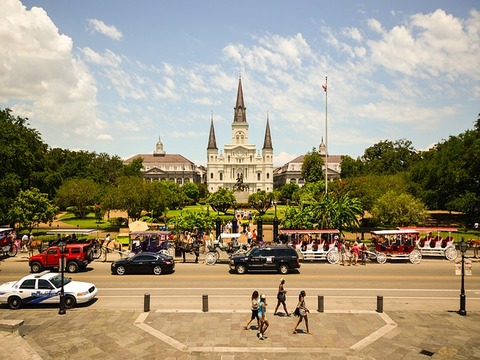 The First Amendment protects the right of each of us to speak freely on social media without fear of government retaliation or punishment. But employees of the City of New Orleans, a government entity, were recently denied that right under an onerous speech and civility code.

In June 2020, in the middle of a national debate over COVID-19 policies and the Black Lives Matter movement, the City of New Orleans adopted a policy governing “Standards of Behavior for City Employees.” The city’s new policy applies to all forms of private social media, including popular sites such as Reddit and Facebook but also extending to chat rooms and even multiplayer online games like World of Warcraft. Government employees are expected to “conduct themselves appropriately and consistently with the City’s values and professional standards” at all times and to avoid posting anything “vulgar” or “violent” or “otherwise offensive,” among other vague descriptors.

The city declared that its new policy was necessary because of the danger that an employee would be seen as speaking as a representative of the city. But this reasoning does not hold up. I don’t know about you, but when I hear someone yelling “Leeroy Jenkins” in a video game, I do not immediately associate their speech with the City of New Orleans.

Even worse, the city barred all its employees from “engag[ing] or respond[ing] to negative or disparaging posts about city departments, employees or policies.” But this is precisely the type of speech that the Supreme Court has held employees must be allowed to engage in. Public employees have important insights into the operations of government. In extreme cases, we laud whistleblowers who shed light on unlawful activity. But even short of that, we still rely on government employees to shed light on abuses of power or corruption.

The city’s speech restrictions will likely have the effect of shutting down important speech, both between employees and with the general public. Indeed, before this policy was enacted, city employees were organizing on Slack to demand better working conditions during the COVID-19 pandemic. The new policy seems dubiously designed to stifle precisely that type of speech.

The city also attempts to censor speech that is deemed “vulgar” or “offensive.” But in an age of increased sensitivity, it is impossible to know what exactly will be deemed “offensive” by city bureaucrats. For instance, would an employee who criticizes the city’s increased use of anti-racism training be seen as offensive and deserving of firing? And how could any employee know? The inevitable result will be a chilling effect on the ability of city employees to speak freely.

Moreover, this past term, the Supreme Court ruled on a First Amendment case involving an angry high school cheerleader who swore on Snapchat and was suspended from the cheer team by her school. The Court emphasized that private speech on social media should generally fall outside the sphere of government regulation and that efforts by government officials to regulate such speech are unlawful. Although there are differences between city employees and students, this case shows an increased recognition by members of the Supreme Court of the importance of ensuring a space of private speech and expression removed from the prying eyes of government officials.

The deceptively-named “Honest Ads Act” is a proposal in Congress that would increase regulations for paid political and issue advertising on the Internet – ...