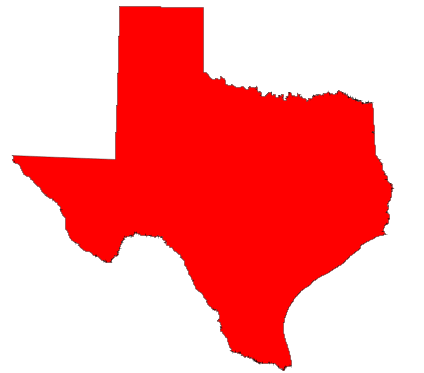 The Center for Competitive Politics (“CCP”)[1] submits these comments in response to the revisions the Texas Ethics Commission (the “Commission”) made at its August 7, 2015 meeting to it’s the current rule defining the term “principal purpose” (Tex. Admin. Code § 20.1(20)) and its proposed rulemaking defining the term “in connection with a campaign” (Tex. Admin. Code § 20.1(21)).

CCP commends the Commission for reexamining the rule defining the term “principal purpose.” The Commission’s proposed amendments would help clarify some of the vague standards that exist in the current rule with respect to how to allocate certain expenses. We are also pleased that the proposed rule would exclude volunteer time in determining whether an organization has a principal purpose of accepting political contributions or making political expenditures.

For the Commission’s convenience, the attached “redline” indicates the specific changes CCP is suggesting to the Commission’s proposed principal purpose rule. As you can see, most of our proposed revisions are self-explanatory.

We strongly encourage the Commission to use a rule that only measures political expenditures. The current language that measures a contributors “reasonable expectation…as to how the contribution will be used” is much too vague to pass constitutional scrutiny and is unnecessary. If the organization never makes a political expenditure, then any such contribution would not be relevant to the analysis.

I do wish to note some of the key proposed changes in our markup of the proposed rule:

As we extensively discussed in comments filed last year, the current rule is problematic because it adopts a reading of the operative phrase— “principal purpose”—that is both novel and unconstitutional. The phrase appears not only in Texas campaign finance law, but also in federal law and the laws of other states. As such, “principal purpose” is a term of art in the campaign finance context. It is a trigger designed to limit burdensome political committee regulation to entities that dedicate a sufficient quantity of their activity to making contributions or expenditures. The Supreme Court and federal appellate courts have held that any regime not so limited unconstitutionally burdens First Amendment activity.

Nevertheless, the rule reads the word “a” in the phrase “a principal purpose” to suggest an impermissibly low threshold of activity for triggering political committee status. In addition to bucking controlling authority, this reading violates the principal of statutory construction that statutes are to be interpreted on their face, in accordance with their plain meaning. According to Ballantine’s Law Dictionary, “principal” means “[o]f first importance. In the first rank.” The Law Dictionary defines “principal” similarly—“the leading, or most important; the original.” But with a 25% threshold, the rule does not require that political contributions or expenditures in fact be “the leading” purpose of an entity before it is subject to regulation as a political committee.

Beyond its legal meaning, the Proposed Rules also ignore the common meaning of “principal.” “Principal” originated from the several Latin words: “principium,” meaning “source”; “princeps” or “princip-“, meaning “first” or “chief”; or “principia,” meaning “foundations.” Thus, the fundamental question the statute implies is whether or not an organization’s chief purpose is to support or oppose candidates. The Proposed Rules eviscerate this safeguard.

The term “major purpose” is born of the Supreme Court’s 1976 decision in Buckley v. Valeo, an omnibus challenge to the Federal Election Campaign Act (“FECA”). The ruling is notable for its protection of the First Amendment rights of speech and association.[2] When Buckley was decided, FECA required disclosure from “political committees,” which the law defined only as organizations making “contributions” or “expenditures” over a certain threshold amount.[3] Concerned that this definition “could be interpreted to reach groups engaged purely in issue discussion,” the Court promulgated the “major purpose” test to distinguish between entities engaged in sufficient activity to justify imposing burdensome political committee requirements.[4]

The test is straightforward: the government may compel generalized contributor disclosure from “organizations that are under the control of a candidate or the major purpose of which is the nomination or election of a candidate.”[5] This is permissible only because such an organization’s expenditures “are, by definition, campaign related.”[6] Thus, it is safe to assume that donors to these entities wish to further the organization’s purpose: influencing a campaign. When the organization lacks such a purpose, however, that assumption no longer holds.

This threshold for contributor disclosure has been widely adopted and upheld by state and federal courts, which have reiterated Buckley’s holding that “a political committee may ‘only encompass organizations that are under the control of a candidate or the major purpose of which is the nomination or election of a candidate.’”[7] Indeed, “disclosure laws may not impose overly burdensome administrative costs and organizational requirements for groups…‘whose major purpose is not campaign advocacy, but who occasionally make independent expenditures.’”[8]

The rule’s statement that “[a] group may have more than one principal purpose”[9] demonstrates a lack of understanding of this foundational precedent. The truth of this assertion is questionable, at best, under Buckley. When 25% of activity is the threshold for triggering political committee status, especially since it examines the organization’s activity over an unreasonably short period of time, we believe the regime is unconstitutional.

The “Functional Equivalent of Express Advocacy” Standard Should be Explicitly Limited to Only the Communication Itself.

As we have noted previously, CCP commends the Commission for deleting the language in the original proposed regulation permitting “limited reference to external events” in determining whether a communication is “in connection with a campaign.” However, CCP urges the Commission to make the intent of this amendment more explicit.

Should the Commission adopt the revised rule, the rulemaking record will reflect the Commission’s intent that only the content within the four corners of a communication is to be considered in determining whether the speech is “in connection with a campaign.” Nonetheless, speakers (as well as future regulators) should also be entitled to rely on the plain text of the rule to understand what the rule is. Ordinary citizens and grass roots organizations merely trying to comply are unlikely to delve through the external rulemaking record in order to determine what the Commission’s intent was in adopting the rule.

Both for simplicity and, most importantly, to comport with the U.S. Supreme Court’s WRTL decision, CCP strongly reiterates its earlier suggestion that the Commission specify in proposed Tex. Admin. Code § 20.1(21)(A)(ii)(IV) and (B)(ii)(IV) that a regulator may look to “the context of only the communication itself” in determining whether speech is “in connection with a campaign.” Rules should encourage and simplify citizen participation in political campaigns. Adding this language would help achieve that worthy goal.

The Commission made significant improvements at its last meeting to its proposed definition of “in connection with a campaign” and to the current rule defining “principal purpose.” However, the current rule regarding principal purpose remains seriously flawed. While we strongly encourage the Commission to use a standard of a majority of expenses in determining principal purpose, at the very least it should measure the ratio of expenditures over a two-year legislative election cycle and also make it explicitly clear that, when determining whether a communication is “in connection with a campaign,” the only relevant considerations are the content within the four corners of the communication.

Should you have any questions about our comments or would like CCP’s assistance in any way, please feel free to contact us at 703-894-6800.

[7] N.M. Youth Organized v. Herrera, 611 F.3d 669, 677 (10th Cir. 2010) (quoting Buckley at 79) (emphasis supplied); EMILY’s List v. FEC, 581 F.3d 1, 16 n.15 (D.C. Cir. 2009) (noting in First Amendment challenge to FEC regulations governing how nonprofits raise and spend money for political speech that such “regulations apply only to those non-profits that must register with the FEC as political committees—namely, groups that receive or spend more than $1000 annually for the purpose of influencing a federal election and whose ‘major purpose’ involves federal elections.”) (citing Buckley at 79).

Constitutional and Practical Issues with New Jersey A. 1524

A. 1524 would subject advocacy groups to unconstitutionally vague, broad, and invasive new “disclosure” requirements for merely providing factual information to their members and ...