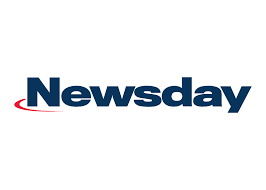 This piece originally appeared in Newsday on June 20, 2022.

The really bad news: The state’s second-highest-ranking official was indicted for his alleged role in a related bribery scandal while he was a state senator.

The U.S. Department of Justice claims ex-Lt. Gov. Brian Benjamin went to criminal lengths to get his hands on a big pot of “matching” campaign funds in his failed bid for New York City comptroller.

Yet in November, statewide and legislative candidates throughout New York can begin collecting public funds for the first time in a system largely patterned after the city’s. Suffolk County officials are embroiled in a fight over a similar matching funds program.

Proponents claim matching funds build confidence in government and reduce the reality and appearance of corruption. But the recent indictments of Benjamin and his alleged co-conspirator, Gerald Migdol, show why they may have the opposite effect.

Under NYC’s long-running system, candidates are eligible to receive matching funds for each dollar raised from a qualifying contribution, up to a certain amount. In Benjamin’s city comptroller race, a contribution of $250 could earn up to $2,000 of matching funds. City records show Benjamin raised a little more than $900,000, but earned an additional $2.1 million from the city’s “match.”

The DOJ claims Benjamin bribed Migdol with a state grant to gain Migdol’s cooperation to solicit and bundle some qualifying contributions, to magically multiply his campaign war chest.

Programs like these create a powerful incentive for corruption in the form of straw donor schemes. When a large donation is illegally reported as many small donations, it can soar in value.

The lid blew off the scandal in January 2021, when journalists uncovered that one of the suspicious contributions was made in the name of a 2-year-old child. But the New York City Campaign Finance Board was already on the case after noticing the sequentially numbered money orders on the contributions. Because of the board’s diligence, at least some matching funds were never disbursed.

If the claims pan out, the public will be lucky the scheme was stamped out quickly. But the lure of these big pots of money will continue to lead candidates, their staff, or their supporters to devise all sorts of rackets to get as much public funding as they can. That’s not fair to taxpayers.

An Institute for Free Speech analysis found that between 2001 and 2013, New York City’s matching funds program doled out nearly $20 million to candidates investigated for abuses, resulting in over $100,000 in fines and, in the most severe cases, jail time.

Supporters too often ignore the pitfalls of subsidizing partisan campaigns with taxpayer money. They claim these programs amplify the voices of everyday Americans, but they can also amplify bigoted and deeply unpopular speech. There’s also no proof these programs build trust in government.

Beyond debating the effects of matching funds, New Yorkers should oppose them on principle. People should choose who, if anyone, gets their hard-earned dollars. Forcing New Yorkers to subsidize the political views and ambitions of candidates they oppose is wrong. But it’s now the law.

It doesn’t have to be the law in Suffolk County, too.

When announcing the indictment against Benjamin, U.S. Attorney Damian Williams said, “This is a simple story of corruption.” Unfortunately, that is often the story of taxpayer-financed campaigns.

Democrats have campaign proposal that will create more Donald Trumps

Ironically, the first bill introduced by Democrats could thus lead to more candidates like Trump.