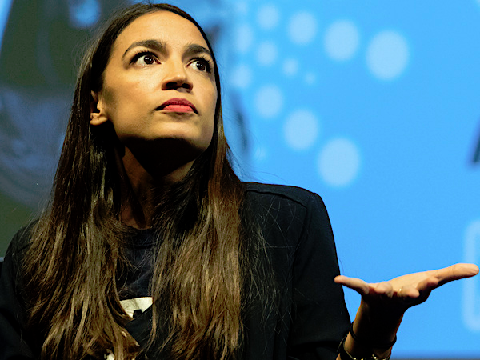 The press and self-styled “reformers” alike are heralding Rep. Alexandria Ocasio-Cortez for her remarks during yesterday’s House Oversight and Reform Committee hearing on H.R. 1. Common Cause tweeted that “@AOC exposes just how much ‘bad guys’ can get away with under the shameful state of our campaign finance laws.” Roll Call credited Ocasio-Cortez for turning the hearing on its head by saying that “dark money was ‘shaping’ questions about [the] reform bill.”

Ocasio-Cortez’s storytelling may have been persuasive to the uninformed. But it was also wrong.

Presenting herself as the hypothetical “bad guy” trying to destroy democracy, Ocasio-Cortez spun a tale about how she could (among other things) “use my special interest, dark money-funded campaign to pay off folks that I need to pay off to get elected.”

1) You cannot use campaign funds for non-campaign related expenses. That includes “paying off folks.” Here, Ocasio-Cortez appears to be referencing the Stormy Daniels scandal and the “greenlight for hush money” she claims it represents. But she has the argument exactly backwards. Those who believe Trump committed a campaign violation think that the hush money needed to be paid with campaign expenses, and that Trump’s failure to do so was the problem. As IFS Chairman Bradley A. Smith previously argued, IFS believes the opposite is true. The crime would be if you did “pay off folks” with campaign money. The real “folks you need to pay off to get elected” are voters, and it turns out they cannot be bought. As we have written about over and over again, money doesn’t buy elections. Ocasio-Cortez should know this better than most!

2) “Dark-money funded campaigns” are not a thing. The source of all donations to candidates over $200 are fully disclosed to the FEC, which then publishes that information online for the world to see. “Dark money” refers to spending from nonprofit groups making expenditures independently of any candidate to voice their support or opposition to candidates and their policies. These groups cannot give money to candidates, so it’s impossible for any candidate to run a “dark-money funded campaign.” These groups are limited in how much they can spend on such campaign speech. Additionally, many groups that Representative Ocasio-Cortez slanders with the “dark money” label are not nefarious or secretive organizations, but respected civic groups with a long history of involvement in public affairs. These groups include nonprofits like the ACLU, NAACP, and Planned Parenthood – hardly voices that should be silenced in debates surrounding elections.

3) “Special interest” money does not dominate campaign coffers, even of the candidates you don’t like. This ties in to Ocasio-Cortez’s earlier assertion that a campaign could be entirely funded by corporate PAC donations. That’s true in the abstract – there’s nothing in the law to stop a candidate from trying – but completely divorced from the reality of how campaigns are funded. Notably, Ocasio-Cortez did not name any examples of this sort of campaign, because there aren’t any. In reality, all congressional campaigns are predominantly funded by individual donors, not corporate PACs. This is one reason why anti-corporate PAC pledges are widely seen by those who are familiar with the system as grandstanding. Even ignoring this reality, corporate PACs have a contribution limit of $5,000 to any campaign, so a candidate looking to fund their effort solely with PAC funds would have to find a remarkably broad coalition of so-called special interests to fund their campaign. Finally, corporate PACs are funded exclusively with donations from employees, executives, and board members of the company, whose contributions to the PAC are limited and publicly disclosed.

Ocasio-Cortez, like most politicians, is a Manichaean. There are the good guys and the bad guys; the goal is to stop the bad guys and help the good guys. If someone disagrees with you about a bill or policy, the only reason must be that they are the bad guy, or at least paid for by the bad guys. It also must mean that your bill will hurt those bad guys! That’s why they’re opposing it, and that confirms that the bill is good!

The world doesn’t work that way. Opponents of H.R. 1 are not bought by the fossil fuel industry, or big pharma, or some other nonsense. There are many legitimate gripes with how this 570-page monstrosity of a bill hurts the fundamental First Amendment rights of all Americans. Ocasio-Cortez and supporters of the bill may think that those costs are outweighed by the benefits, or that it is more important to cast the symbolic anti-corruption vote than to deal with the policy ramifications of their proposal.

But they should at least learn how the system actually works now before they become so certain of how to fix it.

Earlier this month, the Berkeley Police Department published on Twitter the names, photos, ages, and cities of residence of protesters arrested at a “No ...