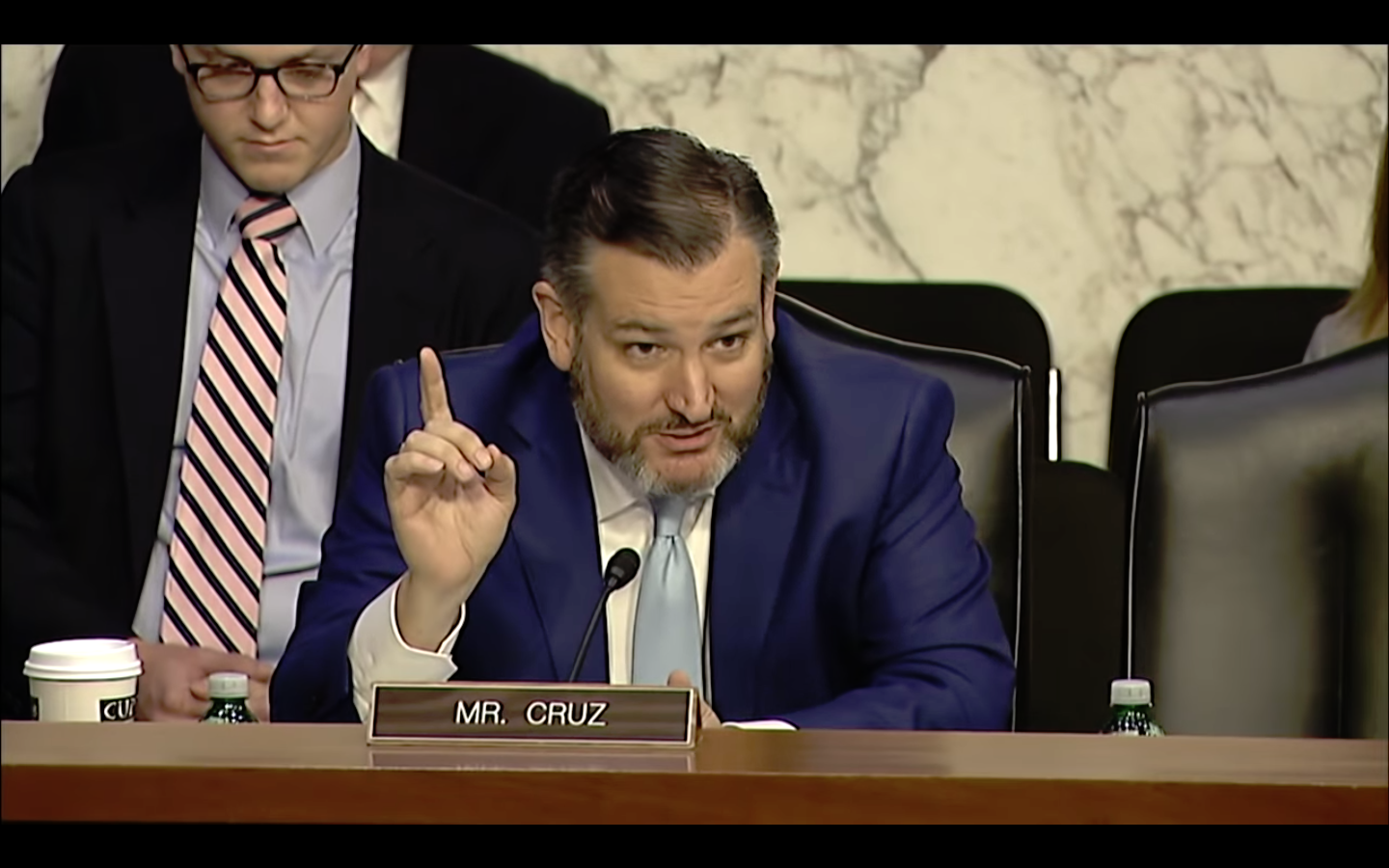 At a Senate Commerce Committee hearing on Tuesday, Senator Ted Cruz grilled Google User Experience Director Maggie Stanphill on a subject that is neither his business nor hers: the political contributions of Google employees.

“The public records show that in 2016, Google employees gave to the Hillary Clinton campaign, $1.315 million dollars. That’s a lot of money. Care to venture how much they gave to the Trump campaign?” Cruz asked Stanphill in a clip that went viral after being tweeted by the Washington Examiner.

“I would have no idea, sir,” Stanphill answered.

“Well, the nice thing is it’s a round number. Zero dollars and zero cents. Not a penny, according to the public reports,” Cruz responded.

For starters, it’s not true that Google employees gave nothing to the Trump campaign in the 2016 election cycle. In fact, over thirty Trump donors named Google as their employer, some of whom gave on multiple occasions. Others listed Alphabet, Inc., and still others may have named a Google subsidiary. A few of these Google employees even gave the $2,700 maximum contribution to Trump for the general election. And more likely gave to independent groups that supported the President’s campaign.

Set all that aside. Senator Cruz’s questioning would be deeply troubling even if his facts were right.

Government should not treat people differently based on who they vote for; it also should not treat companies differently based on which candidates their employees support or oppose. Moreover, using employees’ political giving as a cudgel to attack their employer creates an incentive for companies to monitor and pressure their employees’ political contribution choices. Americans have the right to support who they want. Government leaders and corporate big-wigs have no business telling them to spread their donations around.

Senator Cruz’s caustic remarks could also leave observers with the impression that all this “regulate Big Tech” talk would go away if only their executives would cough up a campaign donation. If you stop and think about it, this surely isn’t true. As the companies lurch from controversy to controversy, members of both parties are circling Google, Facebook, et. al like sharks that smell blood. Even Speaker of the House Nancy Pelosi, who regularly receives maximum contributions from the PACs associated with Google and Facebook, has suggested a crackdown on the platforms. So the notion that a little giving to the GOP is all it would take to quell conservatives is a hard sell. If the companies make good punching bags, politicians will keep punching.

Yet in speaking carelessly, Senator Cruz has indulged and advanced the popular myth that our political system is a simple process of paying in and cashing out. This is too bad, because on many occasions Cruz has fought against such misconceptions and defended First Amendment rights to support or oppose candidates. Notably, he was one of the leading senators who opposed the failed constitutional amendment to gut First Amendment political speech and association rights in 2014.

For elected officials, publicly lambasting a major company over allegations of bias makes for a nice round of media coverage and a strong fundraising pitch for potential donors. But in grounding his argument in the political contributions of Google employees, Senator Cruz is not taking aim at a corporate giant. He’s putting heat on the individual Americans who happen to work there. He should know better.