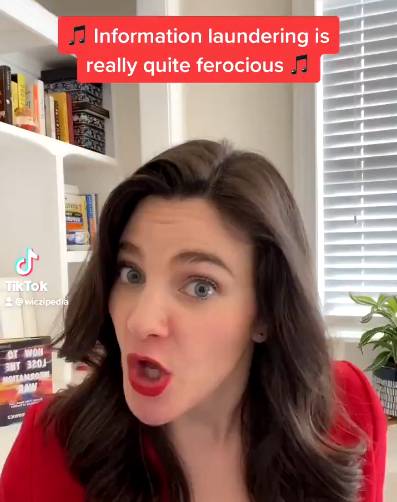 What is the Biden administration thinking?

Creating a “Disinformation Governance Board”? Bad idea. Placing it inside the Department of Homeland Security? Bad idea. Choosing a leader who seems like they were designed in a lab to irritate anyone to the right of The New York Times editorial board? Probably, a very bad idea.

The feds can’t be surprised when Americans react with skepticism to a government campaign to counter “disinformation” about politically sensitive topics. The potential for abuse and propagandizing are obvious. And yet, it appears no steps were taken to try to assuage the inevitable concerns of critics. The rollout of the Disinformation Governance Board makes it look like everything you would fear it to be.

Any government body dedicated to combatting “disinformation” will set off alarm bells, of course. Even if undertaken with the best of intentions, such an initiative chills criticism of government and builds momentum for restricting free speech. For this reason, almost any effort by government to police truth in politics verges on an abuse of power.

To the extent there is a role for government agencies to play, it is in warning citizens about specific cases of foreign propaganda. The board’s rollout gives little confidence it will stay focused on that limited mission. It also appears wholly unconcerned with answering citizens’ well-founded fears about how such a board could chill or restrict political speech. The government’s failure to anticipate and engage with concerns is appalling.

The debate over ‘disinformation’ is not new at this point, after all. To oversimplify, on one side you have people urging governments and corporations to exercise greater control over the flow of information in response to fears of foreign and domestic “disinformation.” On the other, you have critics warning that these institutions will inevitably be biased in their determination of what counts as “disinformation,” protecting the official narrative and at times even suppressing the truth. (It’s also just plain hard to be an arbiter of truth in politics – if you think otherwise, name one fact-checker widely trusted by both Democrats and Republicans.)

Exhibits A and B in the critics’ case are the mishandling of the COVID-19 pandemic, in which the official guidance proved wrong at multiple points, and the social media censorship of the New York Post’s reporting on Hunter Biden’s laptop, which later proved to be authentic. If the Disinformation Governance Board was to gain any credibility at all under a Democratic administration, the first step was selecting a leader who made the right calls on those highly politicized issues. By the same token, the first step for a Republican administration would be selecting a leader who called out false claims on the right about election fraud in 2020.

Instead, Executive Director Nina Jankowicz appears to hold the views of a partisan Democrat on both topics. When she wasn’t singing Mary Poppins tunes about misinformation on TikTok, she was complaining on Twitter that Americans are too “free spirited” to follow COVID safety protocols and cheering for the government to “lock us down!” She never criticized and appears to have supported what happened to the Post, telling reporters they should view coverage of the laptop “as a Trump campaign product” and sharing an article she described as “casting yet more doubt on the provenance the NY Post’s Hunter Biden story.”

Sniffing out the false claims of your political opponents is, frankly, not very hard. It’s having a nose for “disinformation” that appeals to your biases that might actually impress. On that score, there’s no evidence Jankowicz has any impressive skill.

Her selection is all the more stunning because the government knows this stuff makes people uneasy. It isn’t blind to the comparisons to Orwell’s Ministry of Truth when it tries to combat ‘disinformation.’ For example, in the infographic booklet “Disinformation Stops With You,” the Cybersecurity and Infrastructure Agency publishes a disclaimer on every single page that reads:

The Cybersecurity and Infrastructure Security Agency (CISA) produced this graphic to highlight tactics used by disinformation campaigns that seek to disrupt critical infrastructure in the United States. CISA’s publication of information materials about this issue are intended for public awareness, and are not intended to restrict, diminish, or demean any person’s right to hold, express, or publish any opinion or belief, including opinions or beliefs that align with those of a foreign government, are expressed by a foreign government-backed campaign, or dissent from the majority.

The thing is: when you’re truly not intending to restrict, diminish, or demean any person’s right to hold, express, or publish any opinion, you don’t have to say so. You certainly don’t have to repeat it every three or four sentences. If you find that you do, it’s probably time to rethink the entire project.

None of this inspires confidence in the Board, and it will make it harder for Democrats to criticize a future Republican administration that inevitably puts one of their own in a similar role.  Surely, supporters of this program would be deeply concerned in what it would become in a second Trump (or first DeSantis) administration.

But the result is an agency that is dead on arrival, doomed to fail at its mission and embarrass the administration along the way.

You see some pretty dumb things in politics. The Disinformation Governance Board is a new low.

After years of claiming otherwise, Facebook and Twitter have succumbed to partisan pressure and begun openly deciding what is and is not true by ...