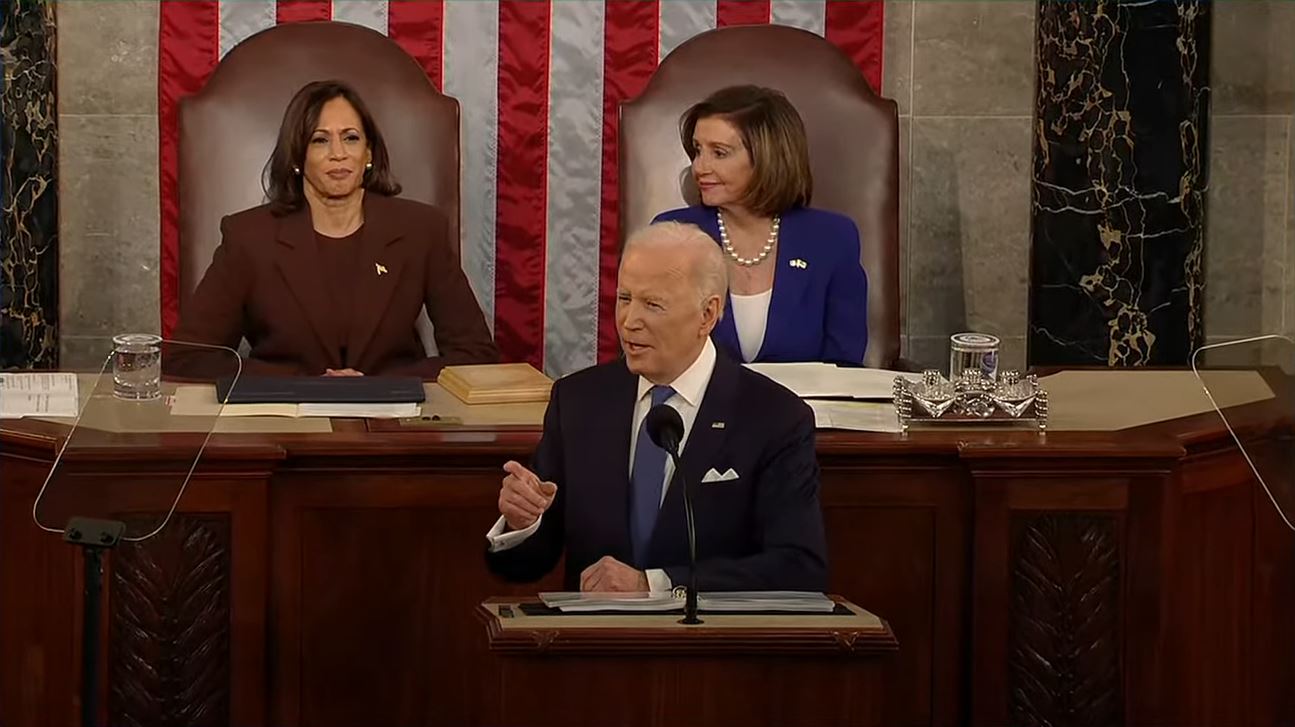 The State of the Union address is the president’s yearly opportunity to discuss solutions to the nation’s toughest problems before Congress. In President Joe Biden’s first address last week, he urged Congress to shut up Americans’ political voices.

The measure’s DISCLOSE Act would force nonprofits that speak about public policy to publicly expose the names and addresses of many of their supporters. That information would be permanently stored in a searchable government database. Anyone with a WiFi connection could quickly identify which causes you’ve supported and where you live.

Some supporters’ names could actually be forced to appear right on the face of a group’s ads – including ads about legislation, rather than campaigns or elections – which will deter support for groups that seek to inform political leaders of their members’ needs and interests. And because supporters of a nonprofit don’t endorse its every utterance, those Americans run the risk of having their names plastered on messages they don’t even approve of or see in advance.

The Freedom to Vote Act’s speech provisions are too often ignored or mispresented – or both. “And while you’re at it,” Biden told Congress after urging them to pass the bill, “pass the DISCLOSE Act so Americans know who is funding our elections.” This is frustrating for two reasons. First, the DISCLOSE Act is already included in the Freedom to Vote Act, yet the bill’s supporters continually pretend that the package only implicates voting rights. That’s likely because being honest about the controversial provisions would draw more scrutiny. Second, the DISCLOSE Act would not illuminate campaign spending – donors giving more than $200 to political campaigns and groups are already disclosed in public databases – but rather would expose and endanger supporters of advocacy groups with educational or policy missions.

The package’s so-called Honest Ads Act would force online platforms to keep meticulous records of data on ads relating to a wide range of political or social issues. The platforms would be required to collect and publish extensive information about each ad’s performance, a description of the audience who viewed it, and much more. Platforms could face heavy fines for failing to comply, which will encourage platforms to ban such ads entirely.

Indeed, when similar legislation took effect in Maryland and Washington state, even tech giants initially struggled to comply, deciding they were better off banning political and social ads in those states altogether. Facebook stopped selling such ads in Washington—though some slipped through the cracks—and Google did the same in both states. Years later, both companies still have restrictions on ads in these respective states.

At a national scale, this could be great for the rich and famous, who have easier access to more expensive forms of advertising, but bad for small voices and groups that rely on online platforms to be heard. When social media can’t amplify citizen voices effectively, people with large personal followings – celebrities and incumbent politicians – expand their outsized influence over online discourse.

Even online speech that isn’t an ad at all, like a Facebook post or a tweet, could be considered regulable under the bill, because it expands what is covered to include any “paid internet, or paid digital communication.” A nonprofit that pays their media team to run an educational YouTube program may suffice, even if it does not advocate for or against legislation or candidates. Overall, the bill would restrain a broader range of political speech than ever before – including plenty of speech that does not belong under the purview of the Federal Election Commission (FEC).

Speaking of the Federal Election Commission, the Freedom to Vote Act replaces H.R. 1/S. 1’s partisan takeover of the FEC with a more devious shift in favor of prosecuting political speakers.

The FEC is a six-member bipartisan agency with three commissioners from each party and requires four votes to begin an investigation into a potential violation, requiring at least some bipartisan agreement to act. H.R. 1/S. 1 would have reduced the number of commissioners to five, effectively permitting the sitting president to place the Commission under his direct control. The new iteration keeps the FEC’s six-member structure, but strips much of its power, instead vesting an enormous portion of the agency’s enforcement abilities in its general counsel, in effect creating a federal speech czar.

Instead of a bipartisan group of four or more commissioners, this lone new speech czar would decide whether a violation of federal speech law occurred and whether to investigate. Their decision could only be overturned by a vote of four commissioners, allowing one party’s commissioners to shield a partisan speech czar from accountability and oversight. The result will be a far greater risk of partisan abuse of the nation’s chief regulator of campaigns and political speech, and a far greater need for speakers to have an attorney by their side.

The Freedom to Vote Act would encourage states to develop a plan to use federal subsidies to fund partisan campaigns for the U.S. House of Representatives. If the federal government approved a state’s plan, then taxpayer dollars would be given to candidates not to benefit the public but to support their campaign for office. Just as Americans should be free to support the candidates of their choice, they should not be forced to fund candidates they oppose and whose values they may even detest. Unsurprisingly, taxpayer funding of campaigns is a deeply unpopular proposal.

The Freedom to Vote Act’s unconstitutional speech restrictions have already seen the Senate floor two times too many. Since President Biden wants Congress to give it another go, let’s hope the third time’s not the charm. Supporting important causes shouldn’t mean jeopardizing our safety, and exercising First Amendment rights shouldn’t require hiring an attorney.

Over at NPR, Peter Overby reviews the decline of the Presidential Public Funding Program. Created in 1972, the program provides tax dollars to presidential ...