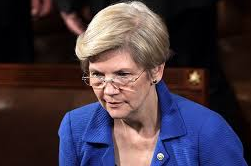 Late last week, Senator Elizabeth Warren renewed a conflict with Securities and Exchange Commission Chairman Mary Jo White, calling on President Obama to remove her from her post. Senator Warren has long pursued a misguided crusade to use the SEC to require disclosure of private contributions from business entities to trade associations and advocacy groups, but finds Chairman White’s reluctance (or inability) to pursue this agenda unacceptable.

To Senator Warren, this is not merely a disagreement over the scope of the SEC’s legitimate authority but an indictment of White’s basic fitness for her job:  “Chair White’s comprehensive anti-disclosure agenda runs directly contrary to the SEC’s purpose,” Warren wrote. “The only way to return the SEC to its intended purpose is to change its leadership,” she concludes.

To be clear, the SEC has never before required the disclosure of corporate contributions to 501(c) groups. Indeed, its website describes its mission as one to “protect investors, maintain fair, orderly, and efficient markets, and facilitate capital formation.” It is unclear how monitoring corporations’ support for nonprofit groups would fulfill these ends, which concern economic matters and the prevention of legal wrongdoing. Furthermore, Congress has explicitly forbidden the agency from creating any rules mandating the disclosure of contributions to tax-exempt organizations or trade associations – the SEC could not do so even if Chairman White wanted it to.

But Senator Warren has chosen to ignore all this, casting herself as a reasonable moderate grappling with an intransigent federal official. “I have tried both publicly and privately to persuade Chair White to direct the agency’s resources toward pressing matters of compelling interest to investors and the public… But after years of fruitless efforts, it is clear that Chair White is set on her course.”

Warren’s un-ironic accusation of Chairman White’s rigidity betrays the Senator’s own single-minded purpose:  to empower political activists to silence speech that they dislike. We have already seen what Warren and her allies do when in possession of information about those in the business world who support causes or engage in basic political speech. They have already shot down the appointments of several candidates to federal positions due to their alleged policy views, and have sought to investigate energy companies – and the think tanks to which they donate – due to their views on climate change.

Warren’s senior Senate colleagues have been blunt about their intentions. While promoting similar provisions requiring increased disclosure by businesses and nonprofits in the DISCLOSE Act in 2010, 2012, and 2014, Senator Chuck Schumer famously warned in 2010 that the “deterrent effect” of such requirements “should not be underestimated.” When reminded of his comments by CCP Chairman Bradley A. Smith at a congressional hearing four years later, Schumer doubled down: “Let me tell you, I think it’s good when somebody is trying to influence government for their purposes… it’s good to have a deterrent effect.” Chilling speech isn’t a side-effect of such regulations, it’s the intended outcome.

But because the DISCLOSE Act failed repeatedly, proponents have decided to push for disclosure through new rules at the SEC instead, masking their proposals for more disclosure as essential protections for shareholders. This is not the first time that opponents of corporate speech have tried to hide their goals behind the façade of objectivity, but the investor protection argument in particular falls short of basic facts. As CCP Academic Advisor David Primo of the University of Rochester explains, “scientific studies have not shown that corporate disclosure always benefits investors; in some cases, disclosure can even hurt investors by creating a road map for political activists to attack the firm.”

CCP’s own research has also found consistent opposition from shareholders for mandating this type of disclosure. Additionally, contrary to rhetoric that engaging in the political process may hurt investors, publicly-traded companies that spend on lobbying and other political efforts actually outperform the stock market. It is, unsurprisingly, very much in the interest of companies to remain engaged with public policy. The only threat they face for doing so comes from those same activists seeking greater disclosure as a means of launching pressure campaigns on companies that support advocacy groups and trade associations the activists dislike.

Some may argue that the act of businesses engaging in political speech or supporting advocacy groups is itself the heart of the problem, but this is a debate beyond the scope of the SEC. The SEC’s focus is regulating securities and that is what its officials have expertise and authority in. As we’ve seen, expanding the regulation of political speech to non-expert agencies can lead to mismanagement or even outright abuse of federal power. If anything, this is a debate that should be settled in Congress.

Furthermore, opponents of speech by the business community in general must answer for why other groups that influence public policy – labor unions, bar associations, celebrities, media companies, etc. – are entitled to speech and association rights that businesses would be denied. Americans can readily identify this double standard and emphatically support the right of businesses to engage in political speech, but even lack of public support would not negate such fundamental liberties.

That Senator Warren’s hostility to certain types of speech is unsurprising does not make it any less disappointing. CCP expects that elected officials will be especially vigilant in protecting constitutional rights, even those for groups they disfavor. The Obama Administration should continue to stand by its past support for the current SEC Chairman, and lawmakers from both parties should condemn efforts by Senator Warren and others to restrict participation in the political process.

In comments celebrating the House of Representatives’ partisan passage of H.R. 1, Speaker Nancy Pelosi (D-CA) explained that achieving the Democrats’ legislative agenda will ...