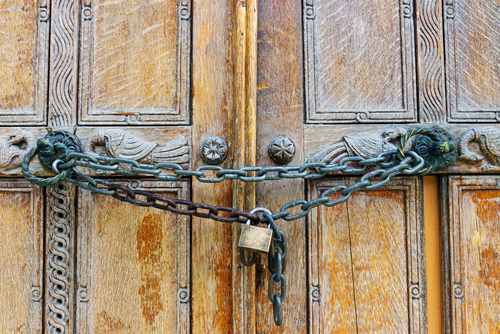 When it comes to success in the courts, the rules of access matter just as much as judicial precedents or the judges on the bench. That’s the message coming from two cases before the Supreme Court this term: one in which certiorari has been granted, Uzuegbunam v. Preczewski, and another petition currently before the justices, Rentberry v. City of Seattle.

In both cases, governments imposed outlandish prohibitions on speech, then once hauled into court, backed down and sought to avoid the judicial consequences of their actions by claiming the case was now “moot.” Since the constitutional injury has stopped, there’s no need for a judicial resolution, the thinking goes. In Uzuegbunam, the question is whether a complaint’s plea for nominal damages (a symbolic dollar that stands in as a proxy for the irreparable and priceless loss of a fundamental right) is sufficient to avoid mootness. IFS filed an amicus curiae brief in support of the petitioners in that case.

The Rentberry case is particularly egregious. The City of Seattle banned an entire category of commercial speech – so-called “rent-bidding websites” – and upon its case reaching the Ninth Circuit, summarily reversed course. What’s incredible about Rentberry, however, is that the Ninth Circuit Court of Appeals – which supervises the federal courts in Alaska, California, Hawaii, Idaho, Montana, Nevada, Oregon, and Washington – already applies the rule that Uzuegbunam seeks to turn into a nationwide standard. As a matter of law, litigants in that circuit are entitled to nominal damages, and such a request avoids mootness.

But because the complaint filed in Rentberry asked for all relief that is “just and proper,” as opposed to listing specifically what categories of relief the plaintiffs sought, the Ninth Circuit acted as if the nominal damages exception did not apply at all. This decision was stunning.

Courts are supposed to avoid imposing “magic words” requirements to open the courthouse door, and the Federal Rules of Civil Procedure (the nationwide standards promulgated by the Judicial Conference of the United States that bind every federal courtroom in the country) specifically hold that “final judgment should grant the relief to which each party is entitled, even if the party has not demanded that relief in its pleadings.” Fed. R. Civ. P. 54(c) (emphasis supplied). In other words, a request for “just and proper” relief is supposed to get you through the courthouse door. In addition, the Supreme Court has regularly prioritized the litigation of First Amendment cases by relaxing standing requirements.

IFS teamed up with the Council on American-Islamic Relations (CAIR) to protest the Ninth Circuit’s decision and urge the Supreme Court to hear Rentberry in tandem with Uzuegbunam. While IFS and CAIR often litigate different types of constitutional questions, we have a shared experience in receiving the short end of the stick regarding mootness.

In IFS’s First Amendment litigation, including a case that was dismissed for mootness just this year in the Ninth Circuit, appellate courts often kick complaints once the specific election at issue has come and gone. Even when our clients swear under oath that they will run into the same constitutional difficulties in future elections, the courts routinely bow to the mootness doctrine, holding that since the specific election the case was litigated around has passed, so has any chance for judicial review.

While IFS’s difficulties come from judges acting narrowly – but in good faith – CAIR’s problems come from state and federal governments seemingly gaming mootness to force difficult cases off the docket.

For instance, when CAIR represented a client in Texas that successfully challenged that state’s ban on boycotting Israel before a district court, Texas performed legislative surgery on the law rather than litigate the merits on appeal, redrawing the statute so that CAIR’s client would no longer be affected. This ensured that the Fifth Circuit would toss the case, but also ensured that the law still had wide effect.

Other CAIR clients have challenged the federal no-fly and terrorism watchlists as deprivations of due process, only to have the government pluck those plaintiffs off the lists after the filing of a complaint, once again raising the specter of mootness and enabling the government to avoid litigation on the constitutionality of some elements of the war on terror.

This is no way to run constitutional case law. Federal litigation is costly and time-consuming enough without the government being allowed to sweep violations of constitutional rights under the rug through these tactics.

If the Court rules for the petitioners in Uzuegbunam and Rentberry, by this time next year a doorstopper may be firmly placed on the courthouse threshold. Hopefully, once more, the First Amendment will be a first priority in the federal courts.

Free Speech is Free Speech, Regardless of Whether it Advances One’s Societal Goals