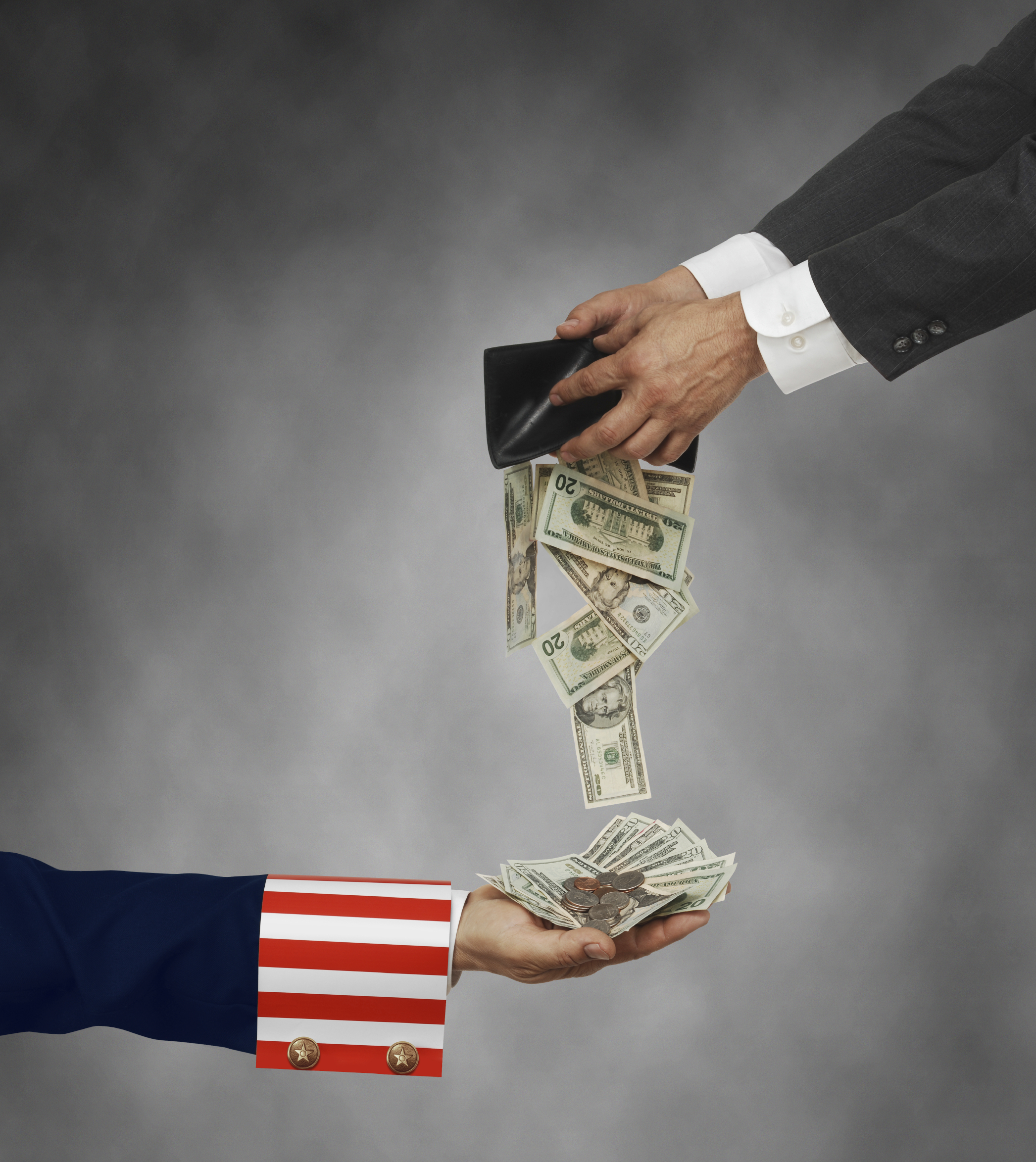 A debate about taxpayer-financing of political campaigns has sprung up in New Hampshire over the last few weeks. The discussion began when former Vice President Joe Biden visited the Granite State in late April, making headlines when he told a crowd that taxpayer financing would “change the whole damn world.” Progressives have long touted publicly-funded campaigns as a means of increasing electoral competition and electing like-minded candidates.

The New Hampshire Union Leader smartly pushed back against “Biden’s bad idea” in a straightforward editorial. Among other issues, the editorial noted the imprudence of paying politicians to run for office, especially if it forces taxpayers to support candidates with which they disagree. In response, John Rauh, a former candidate for U.S. Senate in the early 90s, wrote a piece defending Biden with a series of strange, unconvincing arguments.

First, Rauh waves off the objection to paying politicians to run for office, saying it “fails to acknowledge that our current system of selling influence to wealthy donors who buy influence by financing our elections undermines values that are fundamental to our democracy…” There is little to no evidence of this problem actually existing – or of taxpayer-funded campaigns being the solution. CCP’s research has found that taxpayer-financing programs fail to reduce the influence of lobbyists and special interests in states in which these schemes are implemented, including neighboring Maine. A 2003 survey of nearly 40 academic studies also concluded that campaign contributions should not be viewed as a way of buying policy outcomes. Even studies that (incorrectly) claim to prove the relationship between contributions and policy lament the lack of supporting evidence in scholarly research. If anything, there are ample examples to demonstrate that tax-financing programs exacerbate and offer new avenues for public corruption.

Rauh says that taxpayers must subsidize politicians to prevent the undermining of our democratic values by “wealthy donors.” But the right of such donors to contribute to candidates, parties, and other organizations is protected by the First Amendment. Does this mean that the Constitution undermines our fundamental values? Forcing Americans to subsidize candidates with whom they disagree in order to water down the rights of other Americans is a perverse way for government to dictate how political speech must be exercised.

Responding to the Union Leader’s criticism that taxpayer-financing programs may prop up bigoted or fringe candidates, Rauh pleads guilty as charged: “The editorial is obviously right that public funds will be provided to candidates some citizens disagree with. That is the price we would pay to get rid of a system that has no place in a democracy.” I’m not so sure that directly subsidizing racist or otherwise corrupt candidates is a price Americans are willing or should be willing to pay simply so that those running for office can spend less time meeting constituents and doing the work of fundraising for their campaign.

Rauh quickly adds that “in every system that has been adopted, there are provisions whereby citizens decide which candidates qualify for public financing.” Such provisions did not succeed in excluding unacceptable candidates in the past. But even if they did, this type of provision would contradict the whole purpose of public financing as a means of broadening electoral choices. Giving voters a veto over who gets taxpayer subsidies introduces the possibility that they will simply grant funding to members of their own preferred parties while denying it to others. This could further entrench the major party duopoly, or even lead to government-enforced dominance by just one party in the many states and districts that skew clearly red or blue. For public financing to be truly inclusive, it must allow a broad range of candidates to benefit. The inherent unfairness to taxpayers of that reality, and the inevitability of such a system benefitting unsavory candidates, means that the prudent solution is to avoid public financing entirely.

Next, Rauh acknowledges that public financing cannot prevent spending by wealthy candidates, super PACs, or other organizations whose speech rights are protected by the First Amendment. Although he’s correct, one would think this acknowledgement renders his entire rationale for public financing moot; if money in politics is inherently corrupting, then the continued existence of private contributions and independent spending means the underlying “problem” has not been solved.

Rauh counters that public financing is really only meant to give candidates sufficient resources to run an adequate campaign, not cancel out all other political spending and giving. After all, as Rauh points out, “[c]andidates do not need the most money to win. If they did Hillary would be President.” That is 100% true, but a stunning admission nonetheless. If money doesn’t dictate electoral outcomes – which CCP completely agrees with – then why would campaign contributions be able to corrupt politicians so easily? The entire argument for wealthy donors “undermining” democracy falls apart at that point.

Finally, Rauh argues that the “disturbing lack of confidence in our elected leaders,” as expressed by low approval ratings for the president and Congress, “clearly indicates our system for selecting our national leaders is deeply flawed.” Assuming for the sake of argument that approval ratings are the primary metric by which we should decide our entire electoral system (despite the fact that voters overwhelmingly re-elect their own representatives and that approval ratings fluctuate over time), how are we supposed to know which reforms are the best solution? The focus of Rauh’s ire is private campaign contributions, but why then is he using current approval ratings to critique a right that has been constitutionally protected for over 40 years, since Buckley v. Valeo? There is simply no real reason to think that public financing is the silver bullet to make Americans love their politicians.

By the end of Rauh’s piece, we are left with the same conclusions as before: there is no consistent rationale for public financing of campaigns, such systems have not achieved their stated goals in the past, and it is inherently unfair to force taxpayers to subsidize politicians with whom they may not agree. Joe Biden’s call for taxpayer-funded campaigns might have been a good applause line for his supporters, but it is not good policy for New Hampshire or for the country.