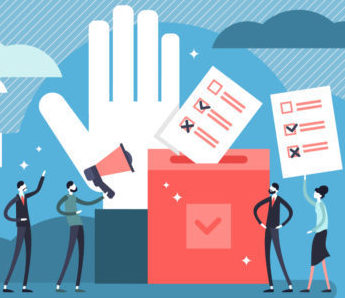 Accusing one’s opponents of lying has always been, and always will be, a feature of political debate. So, how does a social media company achieve a platform free of political ads that politicians claim to be false or misleading? Ask Twitter.

Facebook’s recent decision to ban any new political and issue ads from running the week before Election Day is a predictable result of elected officials’ endless threats to punish companies over the content of political ads on their platforms.

The unfortunate loser in all of this is political and social change. Restrictions on advertising, especially cost-effective online ads, are most detrimental to challengers, political newcomers, and grassroots movements.

Commenting on Facebook’s new ad ban, Mark Jablonowski, Managing Partner and Chief Technology Officer at a digital marketing agency for Democratic candidates, told Politico, “You are de facto bolstering incumbents and reducing the chances for challengers, and that’s true at the top of the ticket but all the way down to local races even more so.” Incumbents already have name recognition, a donor base, and an audience. The ability to reach voters and potential donors with ads is most essential to challengers, with whom citizens may not be as familiar.

And, as Tara McGowan, a founder of the Democratic digital firm ACRONYM noted, “most voters in this country do not tune in and start paying attention or making their plans to vote until the final days of an election.”

Incumbents typically have much larger followings on social media, not to mention greater access to traditional media. If candidates wish to speak out on a new development in the final week of the campaign, incumbents will have a much easier time getting their messages out – even without the ability to run new ads on Facebook. By contrast, challengers will now have one less tool for reaching voters.

Meanwhile, down-ballot challengers at the state and local level will be hit hardest by the pre-election blackout on new ads. “If you’re a down-ballot state legislative candidate, this is more problematic than if you’re a national or statewide campaign where you have the resources to navigate around these changes,” explained Reid Vineis, Vice President of Digital at a Republican consulting firm. These campaigns are usually volunteer-run and operate on shoestring budgets. Digital advertising is often the most effective, low-cost communication and fundraising strategy available to challengers at the state and local level.

In a post explaining the policy, Facebook CEO Mark Zuckerberg said he “generally believe[s] the best antidote to bad speech is more speech, but in the final days of an election there may not be enough time to contest new claims.” Echoing this reasoning, Facebook’s Policy Communications Manager Andy Stone told The New York Times that the ad ban is meant to avoid “making it hard to contest new claims in the final days before the election.”

Cutting off a means of contesting claims is an odd way to achieve this goal. One of the benefits of advertising on social media is that candidates and groups can respond to new developments almost immediately. Last-minute mudslinging, of course, can come from a multitude of sources beyond political advertising on Facebook. For example, claims repeated by television pundits and opinion writers (whose corporate employers, by the way, will still be able to “boost” new content through paid promotion during the ad ban) likely have more potential to affect voter attitudes than claims made only in Facebook ads. Contradicting Facebook’s talking point, online ad bans actually make it harder, especially for challengers, to reach voters with retorts to dubious accusations.

The policy also incentivizes a scenario in which an advertiser could begin running a Facebook ad making “new claims” just before the ban starts, leaving campaigns unable to respond with ads of their own. Ads approved to run before October 27 will be allowed to run through Election Day. Given incumbents’ advantages in reaching voters organically, their lack of access to advertising tools in such a scenario would be less of a concern compared to their opponents.

Besides its effects on campaign-related speech, the policy will also prohibit an enormous amount of speech “that has nothing to do with the elections,” as Jesse Blumenthal, who leads Technology and Innovation policy at Stand Together and the Charles Koch Institute, pointed out.

Institute for Free Speech Research Director Scott Blackburn provided examples of ads that will be disallowed among the “huge swath of valuable information” affected by the policy. He noted that several such “ads advertise for specific timed events, or are responding to current events, and so have to run quickly and in a certain time window.”

“Many of these ads also target small, or underserved communities or are run by groups that can’t afford traditional advertising. That’s one of the beauties of online ads – but now, these ads won’t run,” he continued. Furthermore, “the time around the election is the most salient for social issues, particularly to reach non-political people.” Ultimately, Blackburn lamented, Facebook’s policy “really hurts many small groups… and shows the real danger in expanding the idea of a ‘political ad’ to … everything.”

To wit, the Connecticut Secretary of State’s office is concerned about the ad ban’s impact on information about how to vote. Pointing to Hurricane Isias’s effect on voting procedures just days before the state’s primary, Communications Director Gabe Rosenberg told ProPublica, “The only way we can notify people of something changing that late in the process is via Facebook and Instagram.” The Secretary’s Office spent about $2,000 on Facebook ads the week before the primary.

With fires raging on one side of the country, hurricanes on the other, and a constantly evolving pandemic affecting the entire U.S., making sure voters have the most up-to-date information will be vital in the week before Election Day.

U.S. Senator Catherine Cortez Masto, Chair of the Democratic Senatorial Campaign Committee, and Congresswoman Cheri Bustos, Chairwoman of the Democratic Congressional Campaign Committee, said the policy “will undermine efforts to ensure voters, particularly voters of color, who use Facebook as a resource can access accurate information – including when, where and how to cast their ballots.” But predictably, and counterproductively, their primary complaint is that the policy “will not prevent disinformation from being shared organically and will still allow political campaigns to run ads with lies.” They’d like Facebook to be the arbiter of political truth “without limiting civic engagement or campaigns’ ability to connect with voters.”

Surely, they must understand that at least some of the speech they would call “disinformation” and “lies” is other Americans’ civic engagement and connecting with voters. Would they be okay with Facebook banning all speech deemed “fake news” or “total lies” by other politicians?

The impossibility of even attempting to ban all falsehoods in political discourse without limiting debate and civic engagement is precisely why the First Amendment prevents the government from assuming this role.

Remember: Every time you hear an elected official demand that a tech company disallow any speech that falls within the realm of political debate, they are asking that corporation to implement a policy that would be blatantly unconstitutional if enacted by Congress or any other government entity.

Companies may moderate content on their platforms however they please. The First Amendment protects their right to do so. And Facebook already engages in plenty of fact-checking, including of political speech, for better or worse.

But when a company makes clear its choice – in accordance with bedrock principles repeatedly enunciated and upheld by the Supreme Court and lower courts – to generally abstain from adjudicating the veracity of statements made directly by elected officials, candidates, and their campaigns, that decision shouldn’t be controversial. At the very least, one would hope elected officials who have taken an oath to uphold those same principles would abstain from making legislative and regulatory threats that ultimately incentivize tech companies to restrict political speech on Facebook and elsewhere.