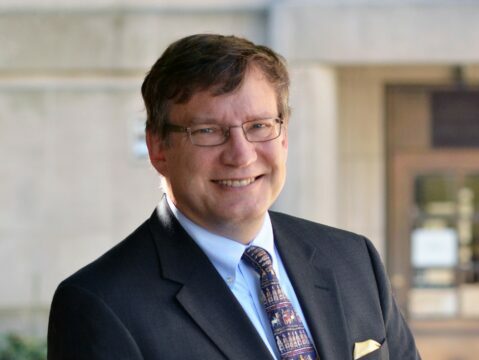 At a March 24 hearing before the U.S. Senate Committee on Rules and Administration, Institute for Free Speech Chairman Bradley A. Smith warned that S. 1, and its House counterpart H.R. 1, would violate the First Amendment and damage American democracy. Watch Smith’s opening statement below, and click here to read his full written testimony.

“Next is the change in the FEC from a bipartisan organization to an agency under partisan control,” Smith continued. “How cynical is this? All morning long through the first panel, I listened to one member after another of this Committee insist that we had to pass S. 1 to do away with partisan redistricting. But apparently, we need to pass S. 1 to get partisan enforcement of campaign finance laws.

“If I wanted to foster distrust in American elections, I could think of few better ways to do it than to change the FEC from a bipartisan to a partisan organization. S. 1 would put the FEC under effective partisan control of the Democratic Party through at least the 2026 midterms – longer if a Democrat is elected president in 2024.”

Totaling over 800 pages, S. 1 contains numerous unconstitutional and harmful provisions suppressing speech. It would publicly expose Americans’ support for social causes, restrict political speech on the internet, force speakers to include lengthy government disclaimers exposing their supporters in their messages when speaking about policy issues, transform the bipartisan Federal Election Commission into a partisan agency under the president’s control, and subsidize the campaigns of House and Senate candidates at the cost of billions of dollars each election cycle.

All of the Institute’s analyses and resources related to H.R. 1 and S. 1 are available here.

If we want more speech and association in our society (and we should), then we need to focus on bringing down the costs for ...

The Story of Stupid Campaign Finance Laws: A Tale of Sanders’ Donors

On February 11, the Federal Election Commission (FEC) sent a “preliminary review” to Bernie Sanders’ campaign detailing the many ways the campaign had failed ...