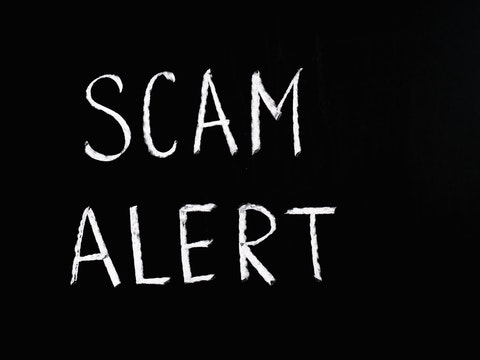 Once again, House and Senate Democrats have made it their top legislative priority to limit First Amendment rights, expose Americans to harassment and intimidation for their beliefs, crack down on political speech on the internet, pump millions of tax dollars into politicians’ campaigns, and transform the enforcement of federal campaign finance law into a partisan endeavor. The bill’s cheerleaders, meanwhile, have made it their top priority to lie to the public about the proposal.

The legislation in question is H.R. 1 and S. 1, the so-called “For the People Act.” We’ve said before these bills would be more accurately named the “For the Politicians Act” because they limit the people’s freedom to speak and associate with others by imposing enormous burdens on political advocacy and campaigning.

Yet a new poll from the progressive groups Data for Progress and Equal Citizens reports that 67% of national likely voters support the legislation, including majorities among both Democrats (77%) and Republicans (56%). How can this be?

Simple. The numbers are bullshit.

The Institute for Free Speech has been poring over the 791-page bill since it was released a short time ago. We did the same thing in the last Congress when the introduced bill was a mere 570 pages. (Think we can get over 1,000 pages next time?) But how do you describe a nearly 800-page bill that affects political speech, privacy in association, campaign finance, judicial nominations, the internet, election law, voting rights, redistricting, lobbying, ethics, and more in the minute or two you have with a poll respondent? How do you sum up all the arguments for and against a monstrosity like that?

Here’s how, apparently: “The For The People Act has been introduced in Congress. Supporters of the bill say it would limit the influence of big money in politics by empowering small donors; make voting easier and more secure; end gerrymandering; and give the public more information about who is lobbying our government. Opponents say it would be an overreach by the federal government and that states should control their own elections. Do you support or oppose the For The People Act?”

See anything about the First Amendment, online speech, taxpayer-funded political campaigns, or partisan law enforcement in there? No, you don’t. The poll erases these arguments against H.R. 1 and instead frames the opposition solely around federalism and states’ rights. Respondents get four clear reasons to support the bill – empower the little guy, make voting better, get rid of nonsensical district maps, and provide more information to the public – and one vague process argument against it.

If you paid any attention at all to the intense debate around H.R. 1 in 2019, the omission is galling. Free speech concerns aren’t just one of many concerns raised about H.R. 1 – they have been arguably the biggest rallying cry for opponents of the bill across the political spectrum.

Lest we forget, the ACLU urged a “no” vote on H.R. 1 in 2019 because the bill would “unconstitutionally burden speech and associational rights.” The Wall Street Journal Editorial Board also railed against H.R. 1’s speech restrictions in a piece titled “House Democrats Say Shush.” And Senate Republican Leader Mitch McConnell wrote about the threats to free speech in The Washington Post, accusing Democrats of “angling for more control over what you can say about them and how they get reelected.”

H.R. 1 proponents may not have good responses to these arguments, but that’s no excuse for pretending they don’t exist. By misrepresenting the opposition to H.R. 1, the poll isn’t measuring anything, except perhaps respondents’ ability to sniff out a pitch that’s too good to be true.

Of course, a mere mention of free speech concerns in the poll description would not be enough – respondents would understandably want to know what, exactly, that means. To really grapple with a bill of this size, you need more than a minute or two. But I know people don’t have all day to read legislation, so let’s compromise. Give it ten minutes and see what you learn.

We always knew that the so-called "Millionaire's Amendment" was a silly law, but if the FEC's most recent pronouncement on the law's requirements is ...