There’s Nothing Sweet About Censorship 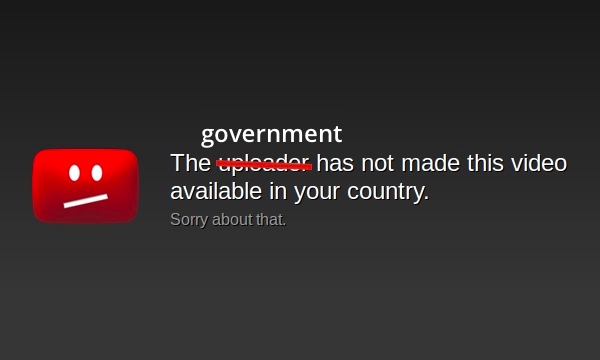 For many of us, the closest encounter we have ever had with threatening phone calls and messages or cars tailing you on your way home is in a movie theater. For others, however, like Dr. Esperanza Cerón and her colleagues at Educar Consumidores in Bogotá, Colombia, they’ve experienced harassment, intimidation, and censorship first hand. All for doing something that many of us take for granted in the United States every day; speaking about an issue in their community they were passionate about.

“If you don’t keep your mouth shut, you know what the consequences will be.”

This is what Dr. Cerón was told by two men who followed her home from work one night. These men wanted her – and her organization – to stay silent because they were leading the charge for a proposed 20 percent soda tax that was scheduled to be voted on later that month in the Colombian Legislature. Educar Consumidores was the most prominent group advocating for the tax, and had just released a controversial ad that very clearly highlighted the health risks associated with these drinks.

Instead of releasing their own ad that disputed the health claims of Educar Consumidores and communicated reasons why they believed the soda tax was a bad policy to voters, Postobón – Colombia’s largest soda manufacturer – chose to use the power of the government to squelch their opponent’s ability to speak at all.

After a report was filed with the Colombian government saying the pro-soda tax advertisement was misleading, Educar Consumidores was forced to take their content down. To make matters worse, the government agency ruled that Dr. Cerón and her colleagues were prohibited from publicly commenting on the health risks of sugar consumption, under threat of a $250,000 fine.

In the following weeks, employees at Educar Consumidores claimed that they were hearing other voices on their cellphones and were having problems with the internet – some employees’ computers stopped functioning at all. Dr. Cerón received threatening calls to her cell phone and was threatened by another stranger who again told her to keep her mouth shut.

Colombia is one of the longest standing democracies in Latin America and has similar constitutional protections for free speech and association. Nevertheless, a controversial political opinion was stamped out by a combination of intimidation and aggressive regulation.

But this could never happen in a country like the United States, right? Unfortunately, it can, and it has.

In 2010, civilians in Wisconsin who supported the policies of Governor Scott Walker woke up one morning to the sound of police battering down their doors and raiding their homes in search of computers and personal documents. Much like what occurred to Dr. Cerón and her colleagues, they were prohibited from speaking about the incident at all. In 2013, the IRS admitted it had been targeting organizations with conservative-sounding names to demand additional donor information and delay their applications for tax-exempt status. False statement laws, which still exist in a handful of states, have the same chilling effect as the actions taken against Educar Consumidores. These regulations empower government agencies to decide the truth or falsity of speech about candidates – and provide for penalties when regulators rule that a particular statement is “false.”

Colombia is not exactly known for being free of corruption, and doesn’t have the same robust protections for individuals and groups who speak out on controversial issues as does the United States. As a result, it may be easy to assume that what happened in Colombia cannot become widespread in the U.S. But in today’s hyper-partisan political climate, the threat is real. Especially shameful abuses of power like what happened to Dr. Esperanza Cerón and Educar Consumidores should re-emphasize the importance of protecting the rights of all groups to speak freely on issues, no matter how controversial.

Colombia’s Constitutional Court, like courts in Wisconsin and the IRS targeting scandal before them, ultimately protected free expression. It overturned the agency’s gag order on Educar Consumidores and forbade the body from censoring any other future ad related to public health. Unfortunately for Educar Consumidores, this decision came several months after the country voted down the soda tax. Dr. Cerón called the Court’s ruling “a great victory for free speech in Colombia,” only lamenting the fact that it came too late.

Regardless of where we come down on an issue, one thing that we should be able to agree on is the danger of silencing a group simply because they are expressing a view that conflicts with our own. A vibrant civil discourse allows more ideas to be put on the table, giving people an opportunity to decide on their own what the best choice is for them. While shocking, stories like this should serve as a reminder that we should not take the liberties we have in this country for granted and that we must be diligent about protecting them. We need to defend free speech about controversial ideas proactively so that it is never “too late” again.

IRS and Political Speech: The Tax Collection Agency Should Not Police Speech

Groups seeking tax-exempt status as a nonprofit organization must apply to the IRS to obtain this classification. Advocacy nonprofits, designated by a 501(c)(4) status, ...

When You Have to Dine and Dash

When was the last time you had to abruptly leave a restaurant? Whatever the reason, chances are it wasn’t because protestors arrived unannounced and ...