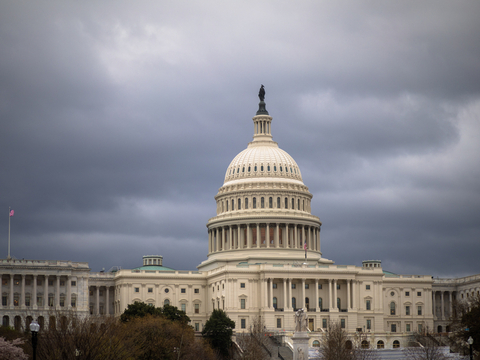 If a bill fails to pass in every session of Congress for a decade because groups across the ideological spectrum oppose its constitutional infirmities, you might expect its sponsors to at least attempt to address those concerns. Yet the majority party’s marquee legislation this Congress, H.R. 1 in the House and S. 1 in the Senate, includes a version of the DISCLOSE Act, first introduced in 2010, that would restrict First Amendment rights more broadly than previous, failed versions.

As always, we are told increasing the federal government’s power to regulate and suppress speech about government is necessary because “dark money” has overtaken our elections. This claim has become almost unfalsifiable because the term’s definition mutates any time politicians find a new organization they want to silence. For that reason, any proposed “solution” to “dark money” is guaranteed to fail, or at least be deemed inadequate by its proponents.

In the United States today, it is illegal to spend more than $250 combined on communications urging the election or defeat of a federal candidate without reporting the expenditure to the Federal Election Commission, which then publishes the information online. All election-related ads, including ads about issues run close to an election, must also comply with disclaimer requirements, enabling Americans to look up the FEC reports filed by the entities responsible for the ads they see. So, unless you think the federal government should be tracking down every American who spends a couple hundred bucks on a custom “Vote for Jane Doe” banner, there is no election spending that is truly unaccounted for. Campaigns, parties, and political committees (including super PACs) must provide even more meticulous information to the government. These political organizations, which accounted for over 99% of election spending in 2020, not only submit spending reports but also reveal detailed information about the sources of their funds. Anyone can find the name, address, and employment information of every American who gives more than $200 to these entities.

So what “torrent” (or “flood” or “tsunami”) of “dark money” in elections are politicians speaking of? Either they’d like the American people to believe that the tiny percentage of election spending from groups not required to expose their supporters (generally 3-5 percent, at most) is actually worthy of these ominous, aquatic metaphors, or they’re talking about far more than election spending. Or, perhaps, they’ve never really intended for anyone to have a complete understanding of what they’re talking about, so long as you’re convinced that whatever they’re referencing is bad and should be banned.

Based on the provisions of the DISCLOSE Act included in H.R. 1 and S. 1, at least one of the above explanations is plainly true: the effort to force groups to submit a list of their supporters to the government as a condition for speaking out reaches far beyond electoral advocacy. Despite consistently describing donor exposure provisions as applying only to spending “in elections,” speech about unelected judicial nominees would trigger disclosure requirements under the proposed legislation. Issue advocacy that mentions members of Congress would also trigger the requirements, as well as any speech deemed by a newly partisan FEC to promote, attack, support, or oppose a candidate.

Previous iterations of the DISCLOSE Act were predominately aimed at speech already regulated as either “independent expenditures” or “electioneering communications,” although the bills did expand these definitions to capture more speech. Under current law, all organizations must disclose spending on these regulated communications. Groups that do not exist for the purpose of advocating the election or defeat of candidates – such as issue advocacy nonprofits, labor unions, and trade associations – are not forced to submit an itemized list of their supporters to the FEC because they’re not political committees. Said another way, they are legally barred from making electoral advocacy their primary purpose. Past versions of the DISCLOSE Act sought to require donor exposure in addition to the spending reports already required for regulated speech. The latest version of the DISCLOSE Act included in S. 1 has been altered to mandate donor exposure for speech that has never required spending reports or been regulated as electoral advocacy because it’s not electoral advocacy.

This is just one example of how politicians’ quest to violate privacy in association will always expand, and those in power will never be satisfied. While proponents of S. 1 have been saying that it would eliminate dark money, politicians would simply find a new type of “dark money” to demagogue against and insist on more donor disclosure for even broader categories of speech.

In fact, some members of Congress have already introduced legislation that would force groups filing amicus briefs in federal court to expose their supporters. Clearly, this legal work has nothing to do with elections. Yet, supporters of the bill still refer to the groups that would be affected by such a law as “dark money” groups, even if they never engage in electoral advocacy.

If lawmakers working to pass S. 1 are already calling charities and think tanks “dark money” groups, where does this end? Unfortunately, at least for now, it doesn’t. Lawmakers have not only refused to drop the likely unconstitutional policies in the DISCLOSE Act, they’ve reached further into unconstitutional territory. If a decade of opposition from civil liberties groups and consistent defeats in the last six Congresses doesn’t put a stop to powerful politicians’ attempts to encroach on the right to privacy in association, it won’t end with the likely failure of S. 1 either. The DISCLOSE Act has already been introduced separately in both the House and the Senate. Fortunately, for the future of First Amendment freedoms, defenders of civil liberties aren’t surrendering either.

Over 20 years ago, Arizona residents legalized the sale of marijuana for medical uses, but just last year, they narrowly vetoed a proposition that ...

Public Citizen has published a new report detailing how Uber Technologies, the company behind the popular ride-sharing app Uber, advocates for regulatory policies that ...