A Biden-Zuckerberg Alliance Against “Misinformation” Should Scare Everyone 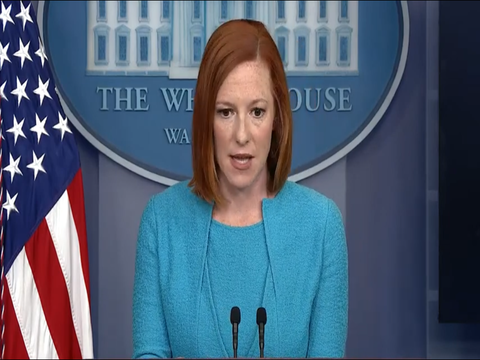 On Thursday afternoon, White House Press Secretary Jen Psaki revealed that the Biden administration is in “regular touch” with social media platforms to identify posts the government believes should be taken down.

She went on to criticize Facebook for not banning 12 people she claims are responsible for almost 65% of anti-vaccine misinformation on social media. Psaki lectured platforms that it is “important to take faster action” to remove content the government flags as misinformation.

It goes without saying, thankfully, that the First Amendment prohibits the government from censoring speech, even speech it classifies as “misinformation.” In asking Facebook to remove specific posts and accounts, the Biden administration is requesting a private company act on its behalf and exercise a power it is expressly denied by the Constitution.

The danger to free speech should be clear. The federal government possesses enormous power. Once it chooses targets, it has many carrots and sticks to corral them. If the government can intimidate private parties into doing what it cannot do directly, then its power is effectively limitless.

The Biden administration would surely protest that its requests are just that: requests. Facebook is not being ordered to remove content, so nothing to see here, folks. But it’s impossible to separate these takedown requests from the years of threats from Democratic politicians, including Joe Biden and Kamala Harris, to make social media companies pay if they don’t fall in line with the progressive agenda. Platforms have been threatened with investigations, fines, new taxes, and new laws targeted at their businesses. They’ve been given the Joe McCarthy treatment on Capitol Hill numerous times.

In an ideal world, the companies would stand firm on the free speech principles that made them so successful. In the real world, it’s not surprising that all this pressure has an effect. Sure enough, Facebook has hired armies of content moderators and lobbyists in recent years to try to get back in the good graces of politicians – on both sides of the aisle. Republicans have been eager to pressure the platforms too, after all, from former President Trump’s call for a repeal of Section 230 in response to Twitter’s fact-checking, to numerous Republican-chaired committee hearings focused on relitigating individual content moderation decisions.

If each side is going to push as hard as they can to make social media platforms do their bidding, in the belief that if they don’t, someone else will, then the only hope of protecting everyone’s speech is for every party, viewpoint, and group to have equal power – in Washington and in Silicon Valley. That’s never going to happen. Some groups and perspectives will always hold an advantage, however temporary, and in that time, they will wreak havoc on free speech and the democracy it invigorates. No American can expect to like every president, so no American should feel comfortable letting the president influence what they can see and say online.

The idea of a détente in the social media speech wars – a cooling on all sides, a return to American values of free speech and tolerance for dissenting viewpoints – is often cast as a sucker’s bet. The other side is too power-hungry, too immoral, to ever reach a truce. But there’s no other way to save free speech on the internet in the long run.

Biden supporters may believe the administration is doing a noble thing in flagging questionable or outright false information about vaccines and COVID-19. But in pressuring a private company to serve as its censor, it has set an extremely dangerous precedent and cashed in on threats that have no place in our politics. Psaki’s comments are no minor admission. They are another ominous sign that free speech on the internet is skating on thin ice.