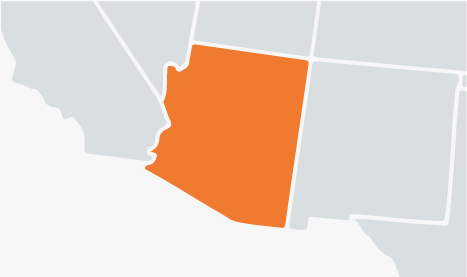 How to Improve Arizona’s Score

The fundamental flaw in Arizona’s anti-SLAPP statute is it covers too little speech. If Arizona simply expanded the scope of its statute to cover the same kinds of speech recommended by the Uniform Law Commission’s model Act, the overall grade would rise to B+.

Arizona should also consider including a right to an “interlocutory” appeal as part of its law. Speaking generally, that is a request to a higher court for it to decide a particular issue immediately. In most litigation, interlocutory appeals are difficult to obtain, so this right of appeal is an important feature of an anti-SLAPP law. Without it, a defendant who loses an anti-SLAPP motion would be forced to continue to litigate the entire trial before the finding on the motion could ever be appealed.

Unfortunately, Arizona’s law does not automatically suspend proceedings or discovery upon the filing of an anti-SLAPP motion. This failure drives up the cost of litigation to defend against a SLAPP. The state can improve its protections for free speech by adding this provision to the law.

Arizona’s anti-SLAPP statute[1] covers two classes of statements: (1) statements that are “made as part of an initiative, referendum, or recall effort,”[2] and (2) statements that are “made before or submitted to a legislative or executive body or any other governmental proceeding,” “made in connection with an issue that is under consideration or review by a legislative or executive body or any other governmental proceeding,” and “made for the purpose of influencing a governmental action, decision, or result.” Its coverage is therefore confined to speech that pertains to an issue being considered in certain future elections or by a government body. Although the filing of an anti-SLAPP motion does not appear to suspend discovery or other aspects of litigation, the statute requires the court to give “calendar preference” to the action and to conduct an expedited hearing. An Arizona court shall grant a motion to dismiss under the statute unless the respondent shows that the movant’s statements “did not contain any reasonable factual support or any arguable basis in law and that the moving party’s acts caused actual compensable injury to the responding party.” The statute does not appear to provide for interlocutory appeal of an order granting or denying an anti-SLAPP motion. A court must award costs and attorney fees to the prevailing movant on an anti-SLAPP motion; conversely, if the court finds that the motion is frivolous or solely intended to delay, it must award costs and attorney fees to the respondent.