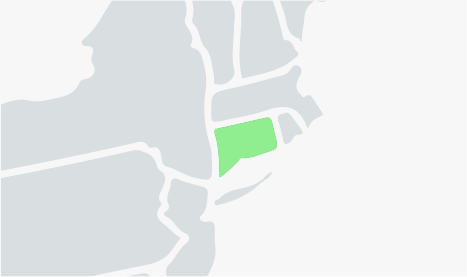 How to Improve Connecticut’s Score

Connecticut’s anti-SLAPP statute[1] protects statements that are based on the exercise of constitutional rights of free speech, petition, or association in connection to a matter of public concern. (However, because the statute defines a matter of public concern as an issue related to “(A) health or safety, (B) environmental, economic or community well-being, (C) the government, zoning and other regulatory matters, (D) a public official or public figure, or (E) an audiovisual work,” this scope of coverage appears to exclude some kinds of speech.) Although discovery is stayed once an anti-SLAPP motion is filed, a court may nonetheless order that specified and limited discovery may be conducted upon its own motion or if good cause is shown. In order to prevail against an anti-SLAPP motion, the respondent must both provide the circumstances of the complaint with particularity and establish that there is probable cause to believe that the respondent will prevail at trial. The statute does not provide for a general right of interlocutory appeal of an anti-SLAPP motion: although it requires that any stay of discovery “shall remain in effect until the court grants or denies the special motion to dismiss and any interlocutory appeal thereof,” this language presumably refers only to those special and unusual circumstances in which the movant is permitted an interlocutory appeal.[2] Generally, a court must award costs and attorney fees to the prevailing movant on an anti-SLAPP motion; conversely, if the court finds the motion to be frivolous or solely intended to cause unnecessary delay, then it must award costs and attorney fees to the prevailing respondent.