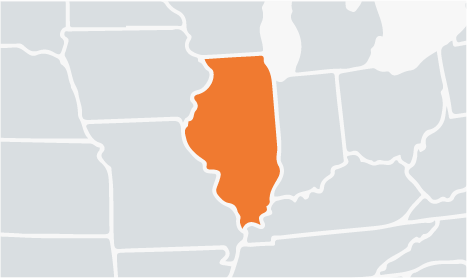 How to Improve Illinois’s Score

The fundamental flaw in Illinois’s anti-SLAPP statute is it covers too little speech. If Illinois simply expanded the scope of its statute to cover the same kinds of speech recommended by the Uniform Law Commission’s model Act, the overall grade would rise to A+.

Illinois’s anti-SLAPP statute,[1] the Citizen Participation Act, protects any act that furthers the rights of petition, speech, association, or participation in government, unless those acts are not genuinely aimed at procuring favorable government action, result, or outcome. (Illinois case law suggests that the statute operates only on meritless or retaliatory claims with no other basis that are “solely based on” protected speech.[2]) Although discovery is suspended once an anti-SLAPP motion is filed, a court may nonetheless order that discovery may be conducted on the issue of whether the anti-SLAPP statute provides immunity to the movant if good cause is shown. To prevail against an anti-SLAPP motion, the respondent must produce clear and convincing evidence that the acts of the movants are not immunized from liability (or are not in furtherance of acts immunized from liability) by the anti-SLAPP statute. The statute requires the appellate court to expedite the movant’s appeal on the motion, whether interlocutory or not. This right of appeal covers both the trial court’s denial of an anti-SLAPP motion and its failure to rule on an anti-SLAPP motion. The court must award costs and attorney fees to the prevailing movant on an anti-SLAPP motion. In general, the anti-SLAPP statute instructs courts that interpret its language to do so “liberally” – an instruction presumably designed to foil readings of the statute in a cramped or narrow way that would exclude marginal cases.