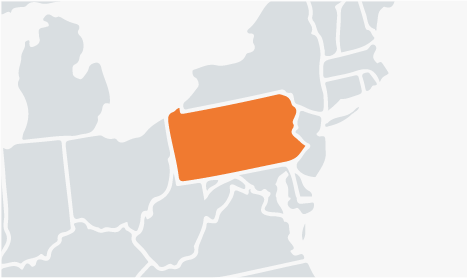 How to Improve Pennsylvania’s Score

The fundamental flaw in Pennsylvania’s anti-SLAPP statute is it covers too little speech. If Pennsylvania simply expanded the scope of its statute to cover the same kinds of speech recommended by the Uniform Law Commission’s model Act, the overall grade would rise to A-.

Unfortunately, Pennsylvania’s law does not automatically suspend proceedings or discovery upon the filing of an anti-SLAPP motion. This failure drives up the cost of litigation to defend against a SLAPP. The state can improve its protections for free speech by adding this provision to the law.

Finally, the Uniform Law Commission’s model law and most anti-SLAPP laws put the burden of proof on the plaintiff to show a prima facie case. However, Pennsylvania’s law does not contain this feature. That is a serious deficiency in the statute.

Pennsylvania’s anti-SLAPP statute[1] is relatively narrow; it is limited to the protection of certain statements and conduct that pertain to environmental law or environmental regulation, so long as those statements are neither false, malicious, nor constitute an interference with contracts or an abuse of process. Discovery is stayed only when the movant makes an interlocutory appeal from the denial of an anti-SLAPP motion. Unlike many anti-SLAPP statutes, the Pennsylvania statute does not shift the burden of proof on an anti-SLAPP motion to the respondent at any point before the court must decide whether to grant or deny the motion. The statute provides for the right of an interlocutory appeal of a decision on an anti-SLAPP motion by the movant. The statute requires the award of costs and attorney fees to a party who successfully defends against an action falling under the state’s anti-SLAPP statute.