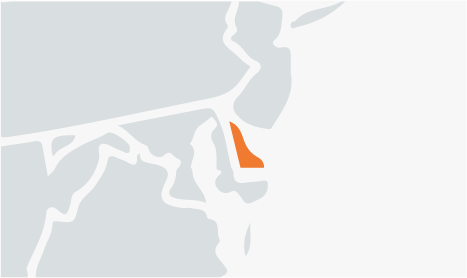 How to Improve Delaware’s Score

The fundamental flaw in Delaware’s anti-SLAPP statute is it covers too little speech. If Delaware simply expanded the scope of its statute to cover the same kinds of speech recommended by the Uniform Law Commission’s model Act, the overall grade would rise to B-.

Delaware should also consider including a right to an “interlocutory” appeal as part of its law. Speaking generally, that is a request to a higher court for it to decide a particular issue immediately. In most litigation, interlocutory appeals are difficult to obtain, so this right of appeal is an important feature of an anti-SLAPP law. Without it, a defendant who loses an anti-SLAPP motion would be forced to continue to litigate the entire trial before the finding on the motion could ever be appealed.

Strong anti-SLAPP laws impose notable costs on plaintiffs with weak or frivolous cases. One important feature of strong anti-SLAPP statutes is that they make losing plaintiffs liable for reasonable attorney fees and court costs originally borne by the speaker.

Unfortunately, Delaware gives the court the option, not the requirement, of awarding reasonable attorney fees and court costs to prevailing defendants.

Unfortunately, Delaware’s law does not automatically suspend proceedings or discovery upon the filing of an anti-SLAPP motion. This failure drives up the cost of litigation to defend against a SLAPP. The state can improve its protections for free speech by adding this provision to the law.

Delaware’s anti-SLAPP statute[1] is relatively narrow in scope: it may only be used by a “public applicant or permittee” (that is, someone who has applied for or received a zoning change, license, or other government entitlement) or someone who is materially connected to the entitlement. Furthermore, the anti-SLAPP claim must be materially related to the defendant’s efforts to report on, rule on, challenge, or oppose the government entitlement at issue. The statute does not provide for the stay of discovery in the event of an anti-SLAPP filing, although the court must grant preference in the hearing of such a motion. To prevail against an anti-SLAPP motion, the respondent must establish that the cause of action has a substantial basis or is supported by a substantial argument for an extension, modification, or reversal of existing law. The statute does not provide for interlocutory appeal of an order granting or denying an anti-SLAPP motion. A defendant in an action that involves a public applicant or permittee may recover costs and attorney fees; punitive damages may only be recovered upon an additional demonstration that the action was motivated for the purpose of maliciously inhibiting the free exercise of speech, petition, or association rights. Conversely, the plaintiff in such an action may only recover damages by establishing with clear and convincing evidence that the communication was made with knowledge of its material falsity or with reckless disregard of whether it was materially false.